My great friend “Curiosity“ has had a difficult few weeks being in lockdown.

Made do, very well, with Google, and the challenge of setting up family and club meetings on Zoom.  So much creativity out there. Learned so much. Rapidly!

But real questions to explore out doors…at last.

Weeks of looking out over Glasgow from our balcony raised so many!

Here is the view: 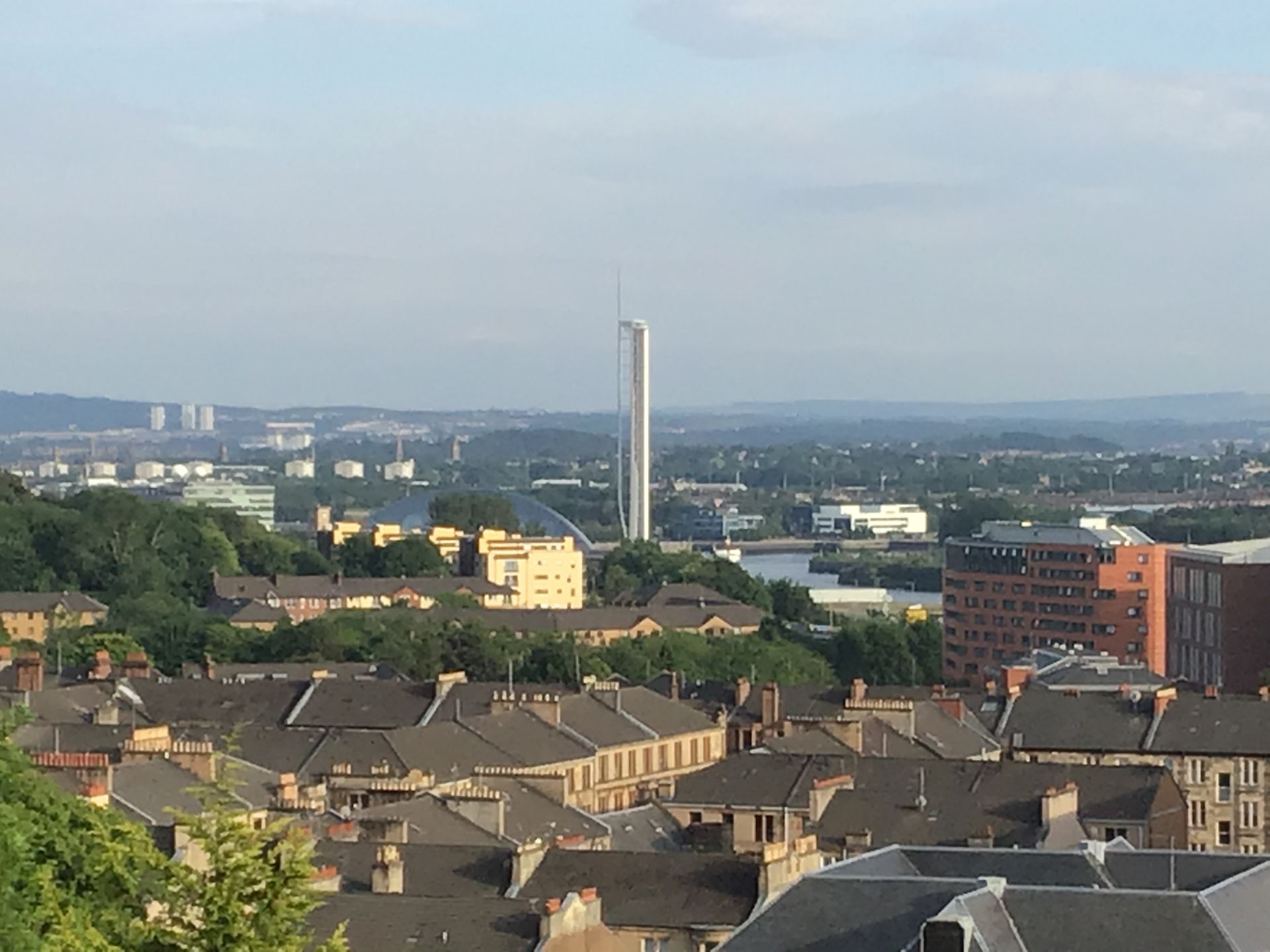 What was that odd building?  Where was the green woodland that didnt seem to appear on the map at all?  And for me, that stretch of water by the tall white tower?  Being relatively new to Glasgow I thought it was the River Clyde. It isnt. And a better question still. What boat is that tied up there? Can just see it. Not the famous paddle steamer the Waverley. No red Funnel. And what is that empty space behind?

“Curiosity” says we must go. And “the Knees “ certainly need an outing. Off we went.

Here is the empty space. 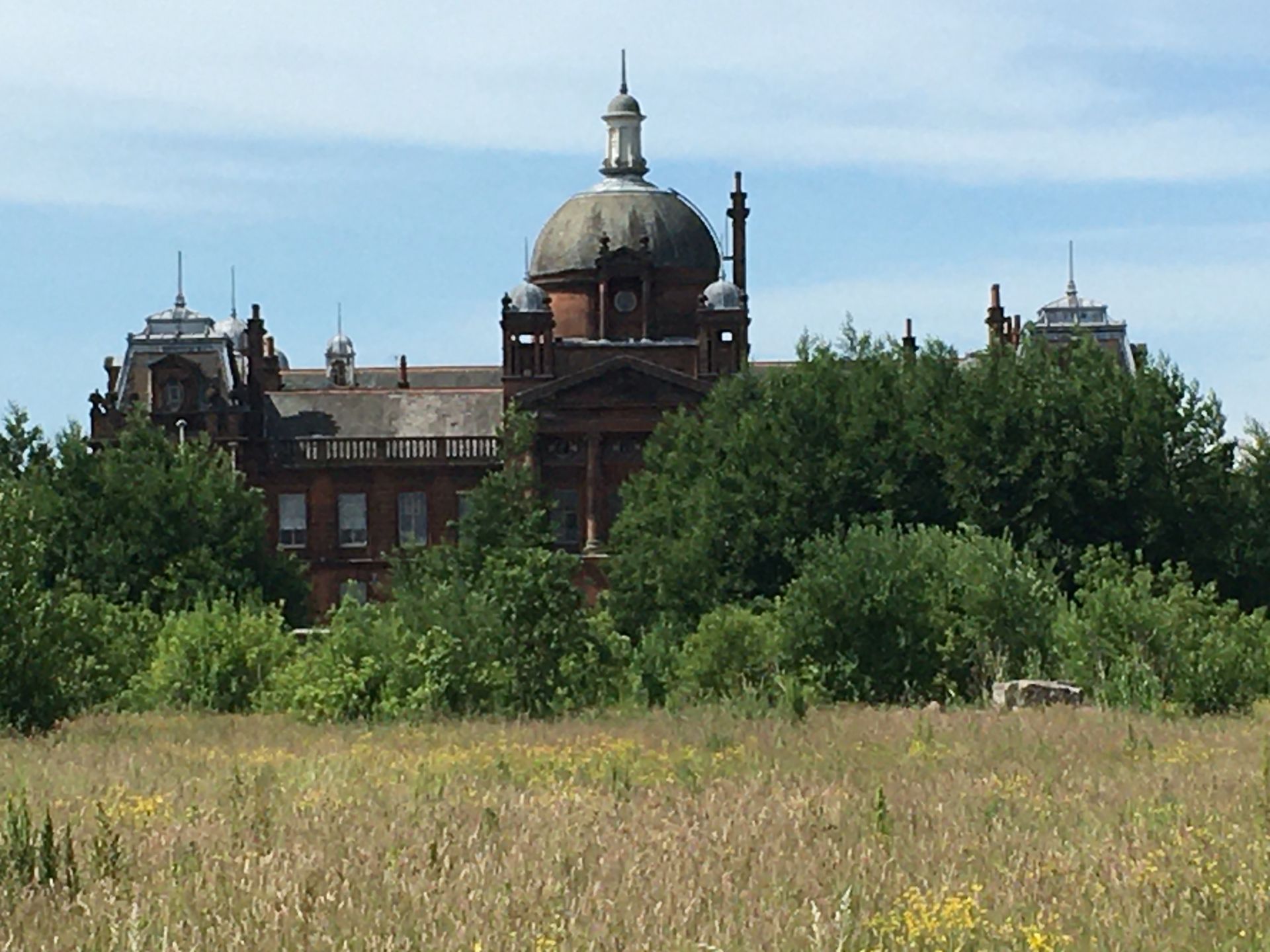 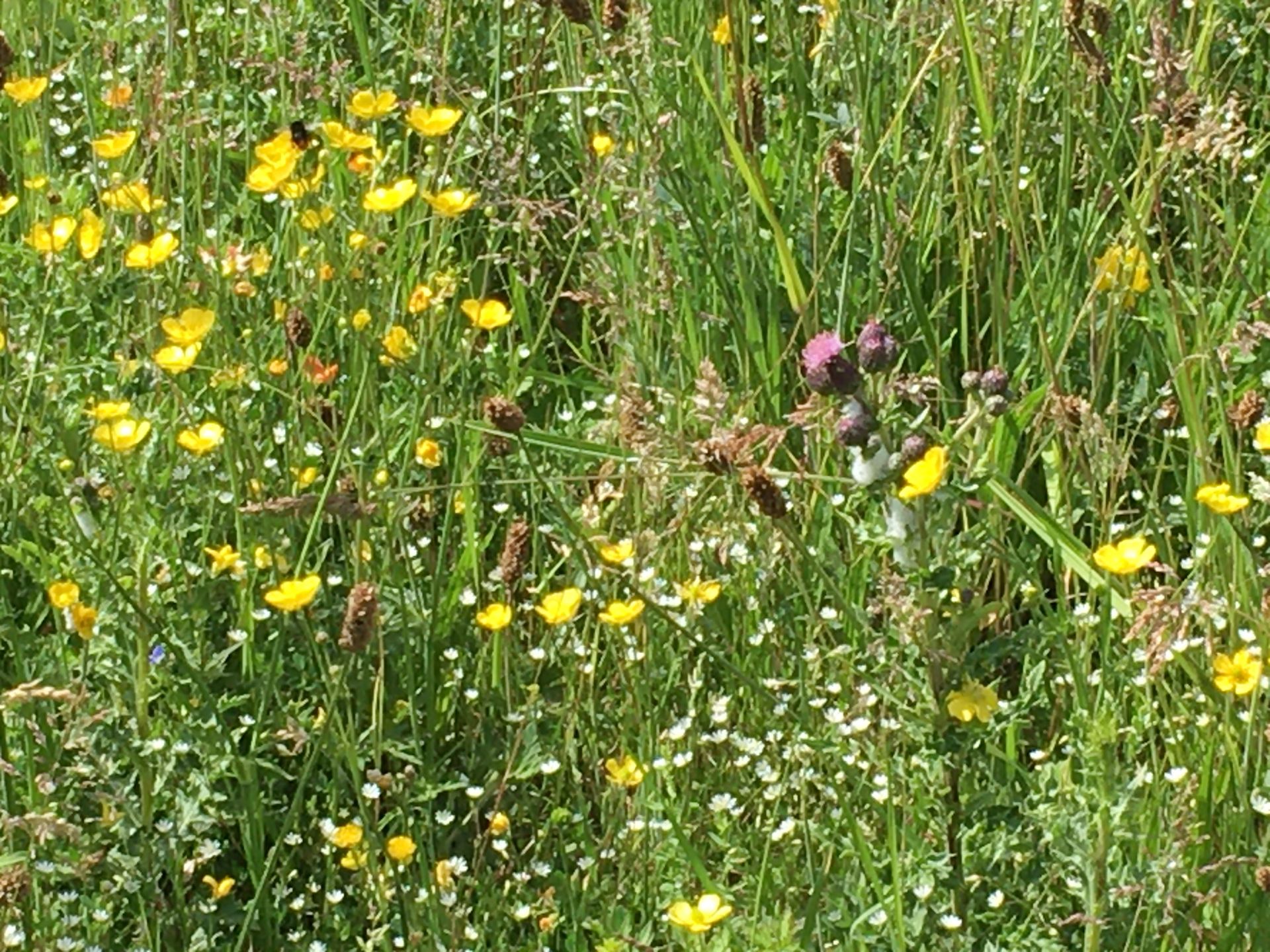 But what is the exotic Victorian ‘palace’ behind? Another question!

Then turn around.  The white tower, the boat and in the distance the University Tower. But this hi tech dome ? 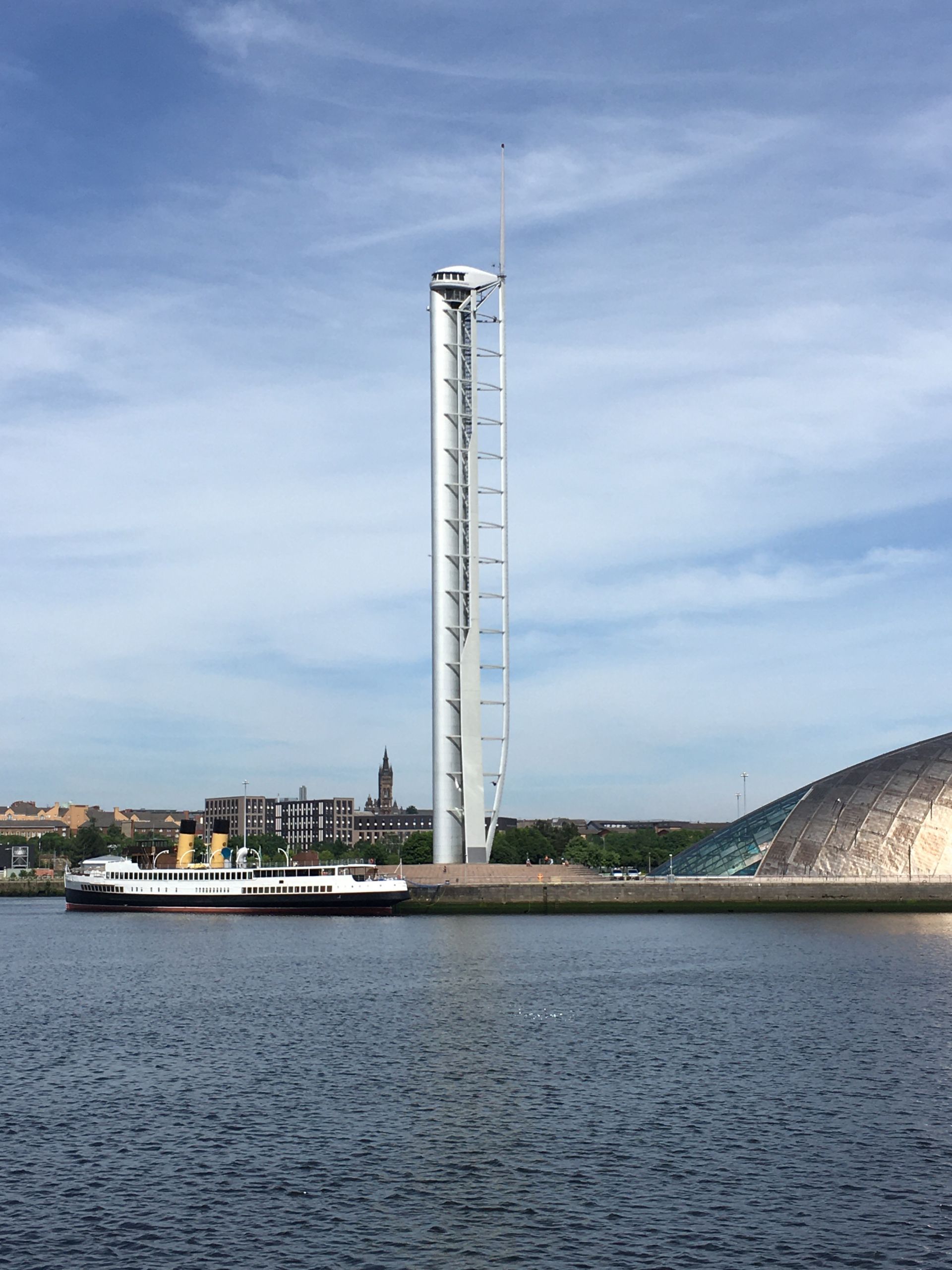 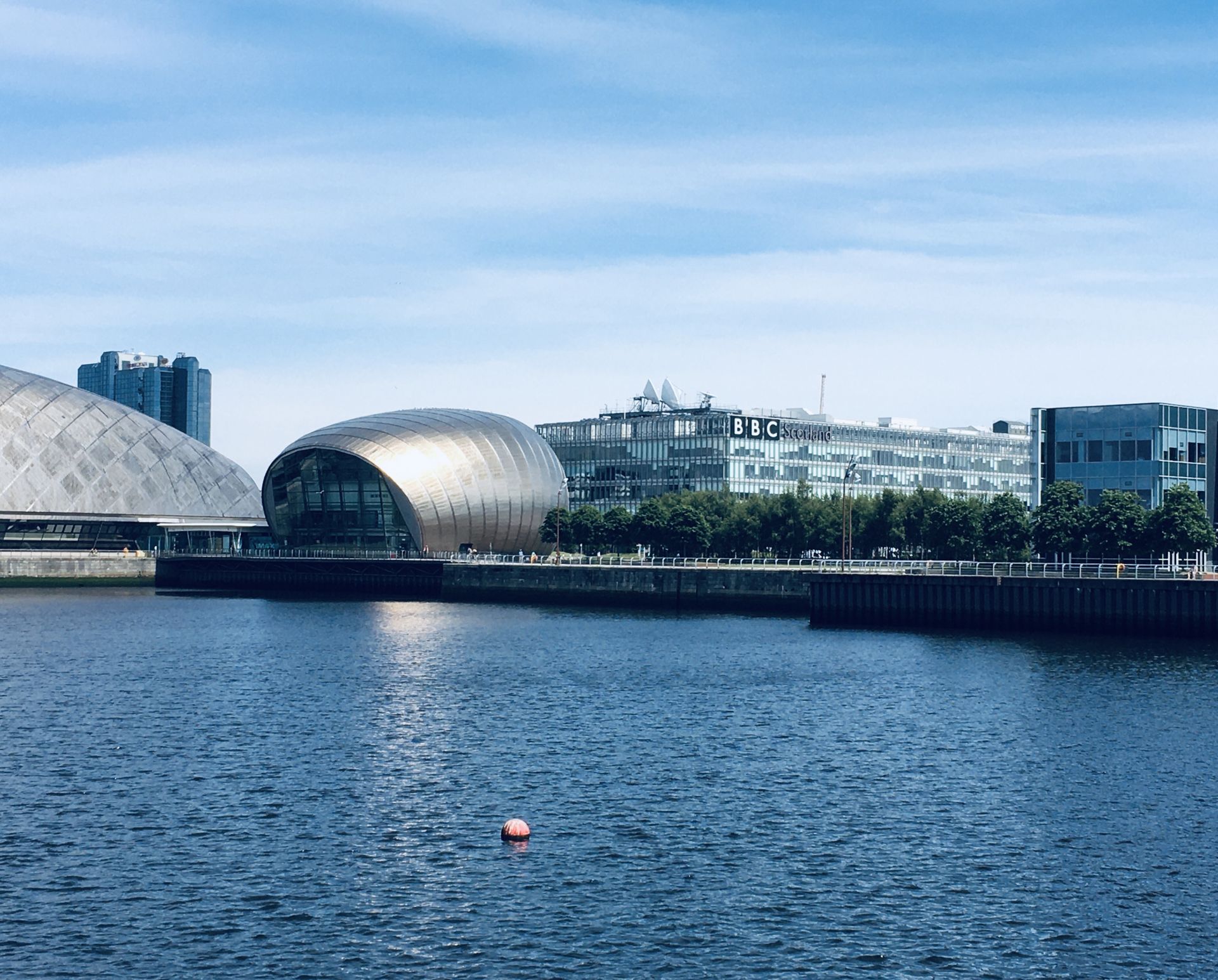 Yes. Modern Glasgow, the Science Centre and BBC Scotland!  Only a few 100s of yards from this meadow! ( Do they ever come here and look?)

Beautifully built walk way the whole way to the boat. And someone making use of it. A swan with an eye for decor.  There were 4 eggs in it. 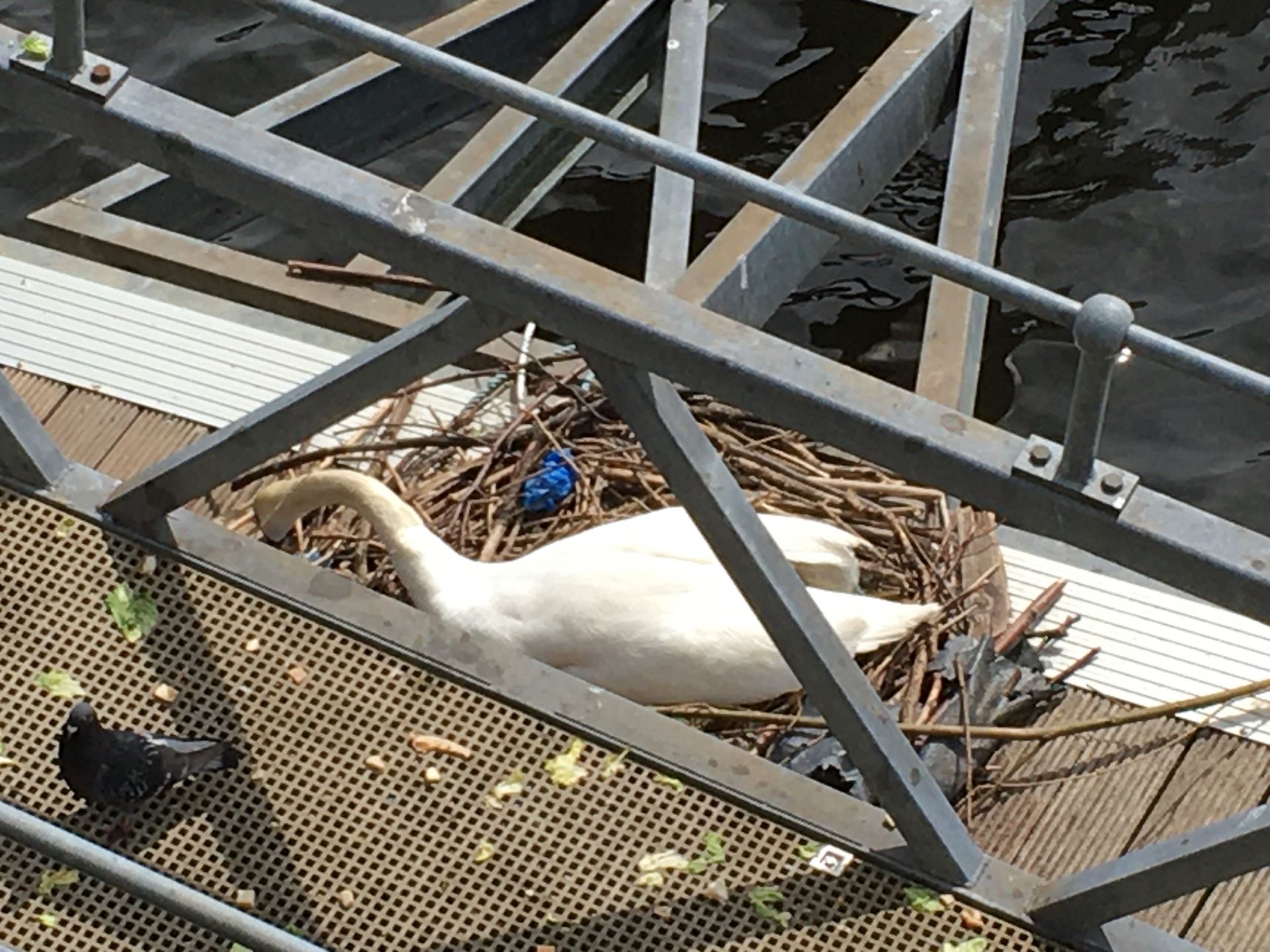 The boat turned out to be a traditional Clyde Ferry Steamer under restoration. 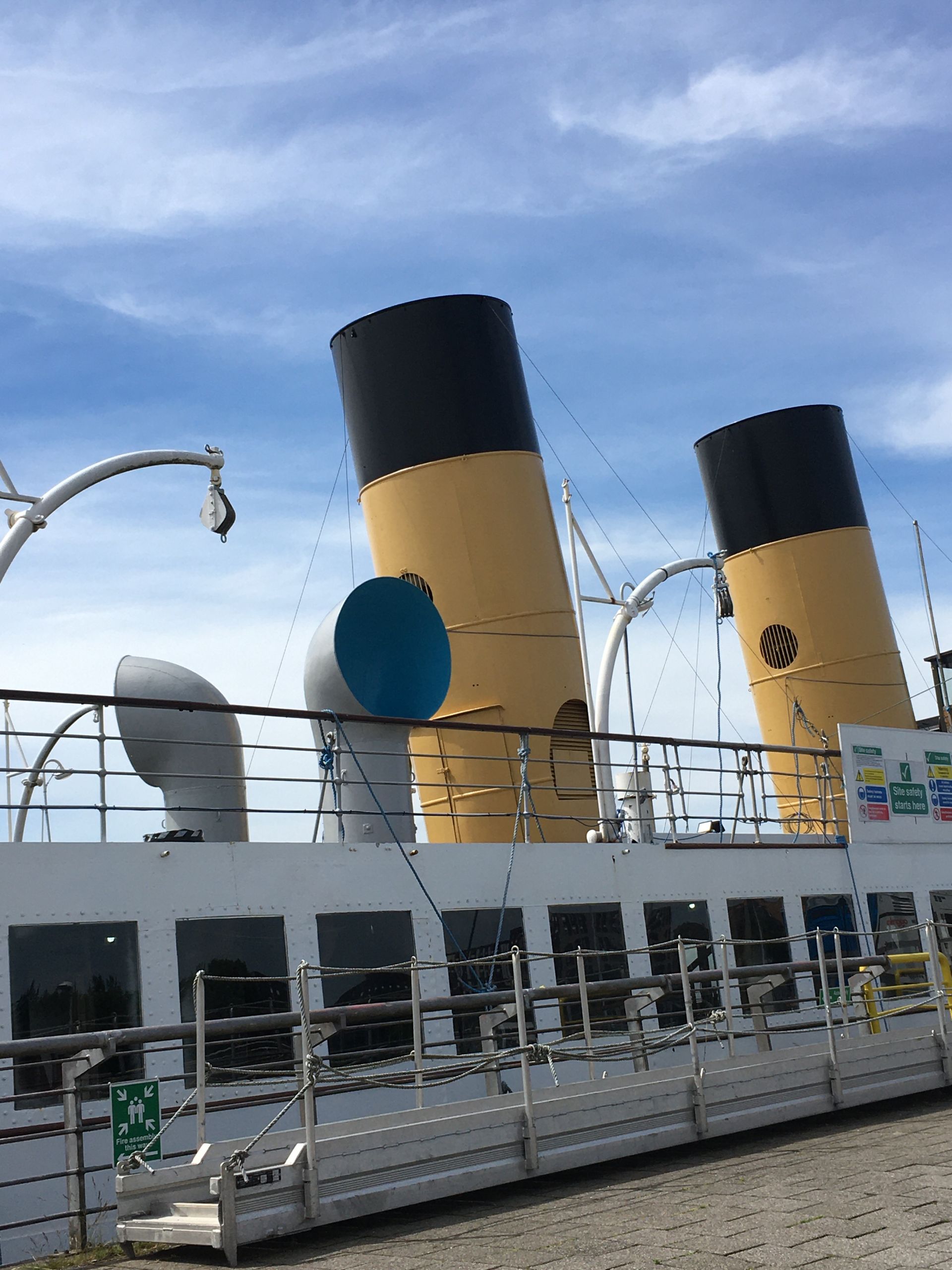 Everyone commuted that way  once. You could use it to commute up river to the BBC if it were working now!  Maybe time?

Near the boat was an explanation for the water.

Can you see the bit of water where it says “You are here’?

That is the  expanse of water I had been seeing from the balcony. It was only about a fifth of the original dock area! 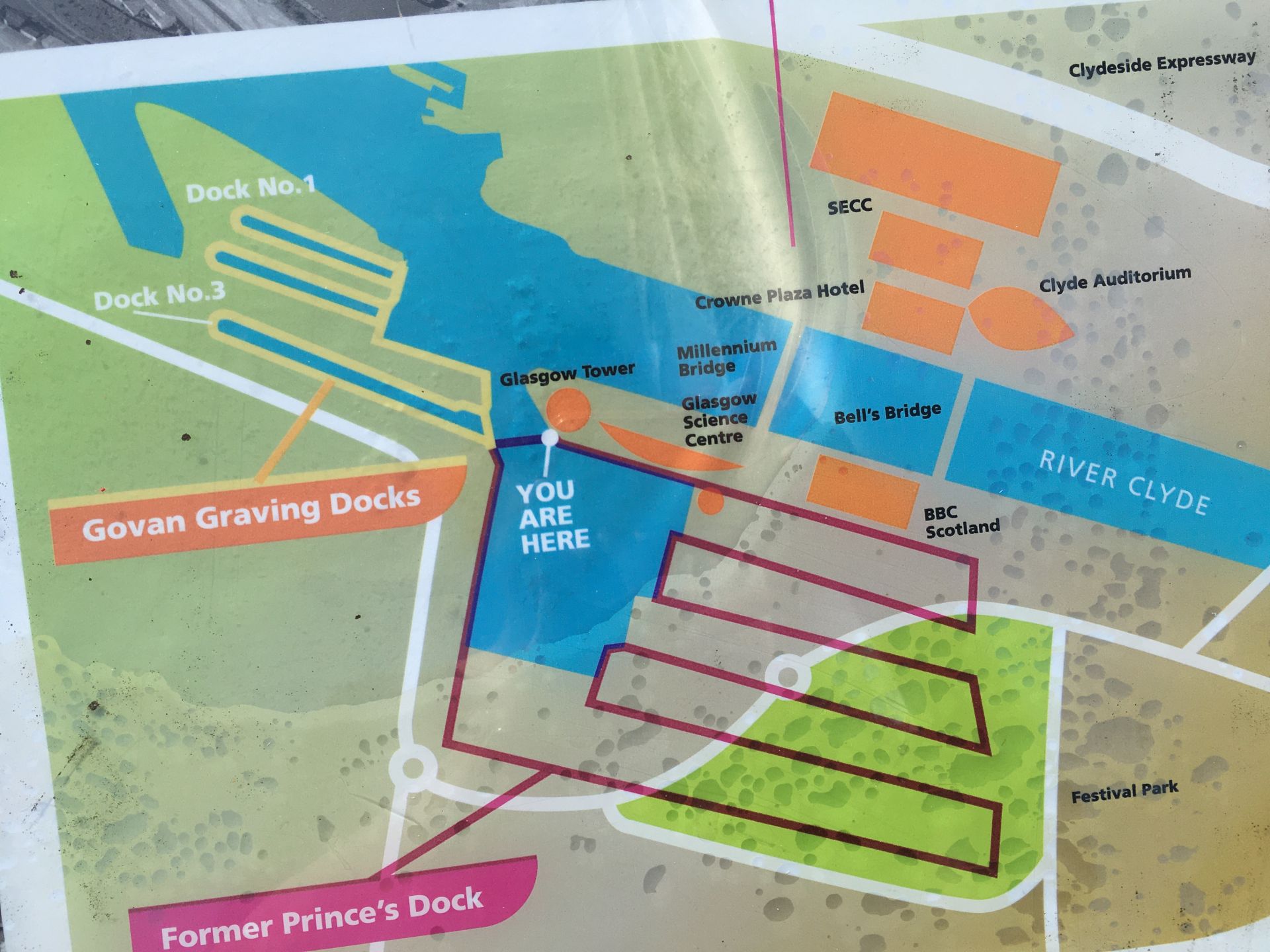 All that is left of what had been the pre war docks and quays that would take the largest ships then.

The scale if it!  Not enough wharfage on the river? Create a few miles more! 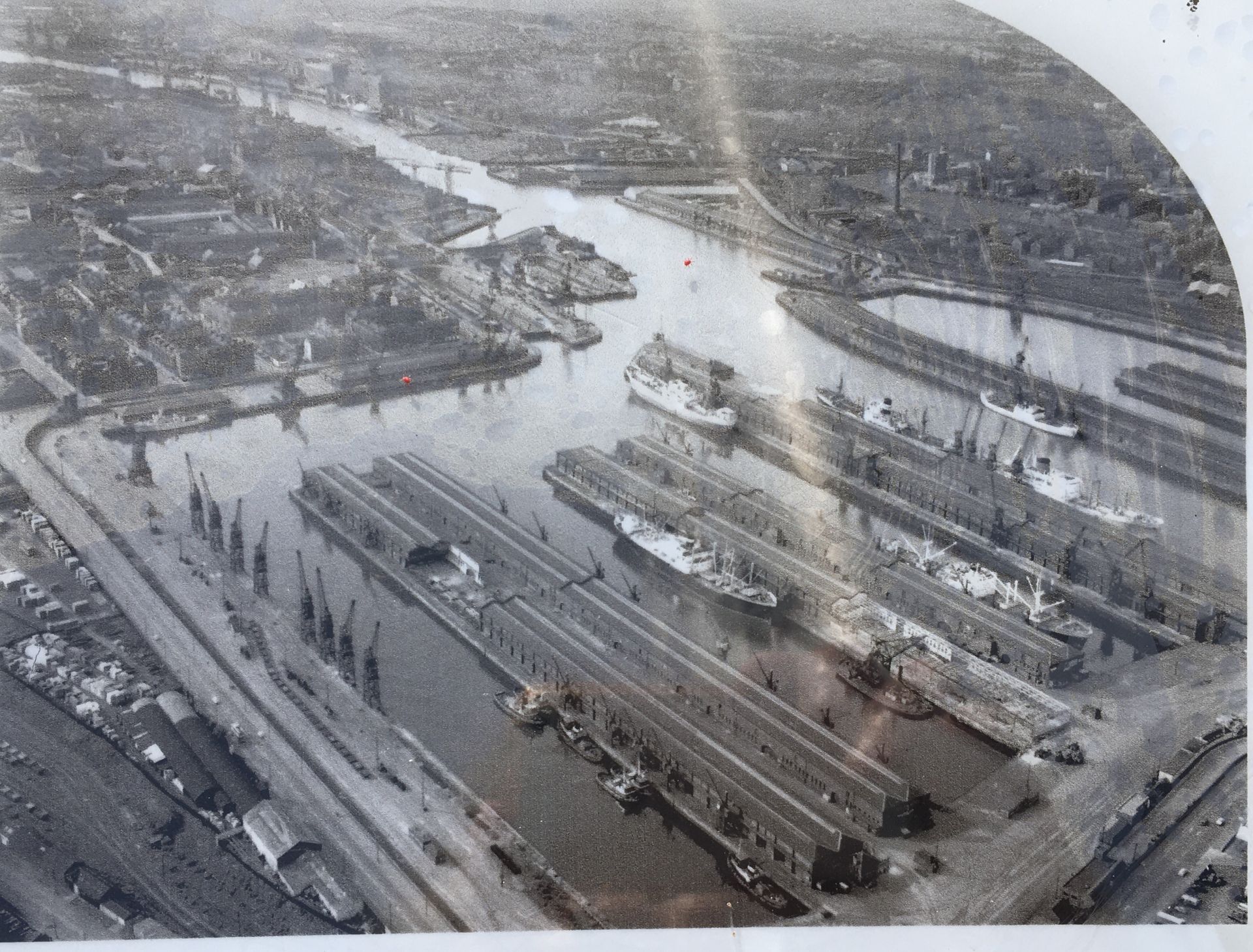 Glasgow, the Second Greatest City of the Empire! Building its ships and trading with the whole world.

Exploring and this kind of discovery puts today’s world into perspective doesnt it?

Glasgow, so proud it built its dockside factories like palaces!

Then the War, the Clydeside Blitz and the collapse of shipbuilding,…..poverty, unemployment stalked.

We recovered.  Pulled down the tenement slums, filled in the docks, rebuilt a modern cityscape, a city of music and arts, a new economy and a major tourist destination.

But the energy of these people wont stop.

Humans are expert at coping, rethinking, recreating and starting over again.