How come they, the Victorians, failed to realise?

We smirked at the Victorians didnt we? How long it took them to connect  sewers and water supply with disease! Until a bug woke them up

Did you ever wonder how they couldnt see the new slums in cities, street kids, appalling filth? 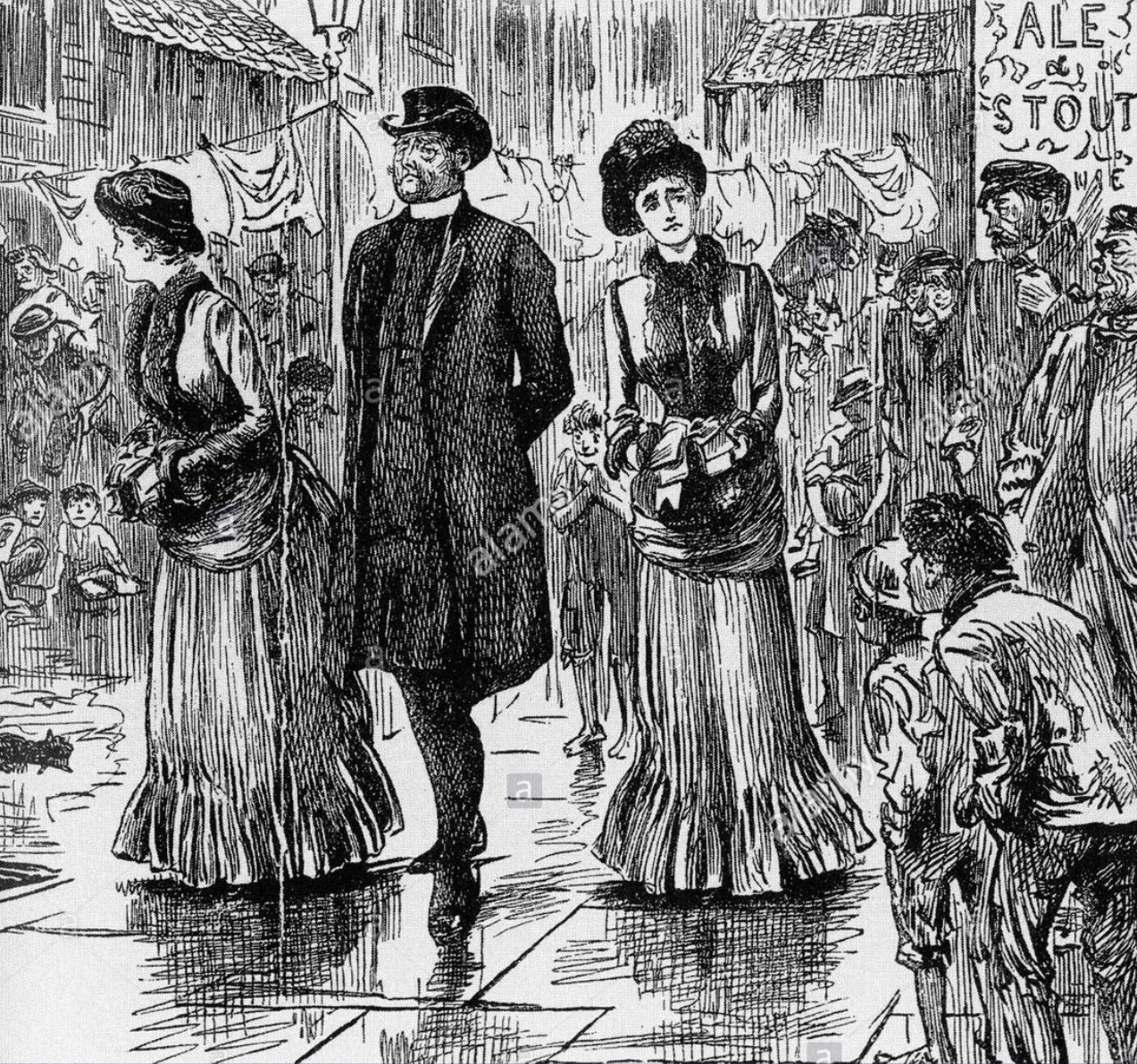 Maybe they didnt want to? Blame the poor and move your family to a country estate and build a wall. Or live in the West End of a city. Let the smoke blow East.  There were solutions for everything weren’t there?  Science was changing the world. Look at our Great Exhibition!

Did we remain as blind as they were?

We failed to notice what, we too in our pride, had done,

We were pleased with ourselves. The Clean Air Act had removed the smoke, we had conquered infections, polio, Diptheria, Measles, Smallpox, TB under control. Globalization, mass production, factory farming and we can overfeed the world. All healthier for longer, have anything we wish for at a click. Fashion, luxury foods, flights to anywhere, all there for us. Yes much became unequal, but that was politics, not production wasn’t it?

Two months ago, March 9th I too was feeling rather self satisfied.

The hotel was quiet. We knew about Wuhan. But we didnt know that in a week our world would be upside down. Unlikely to be the same again.

It wasnt that we didnt know it was due!  We had experts in Epidemiology in Universities Worldwide. Glasgow’s Royal Philosophical Society had had a Long planned lecture on Pandemics that week!

Governments were told. Some with recent experience of SARS, like Taiwan, were prepared. A pandemic was known to be inevitable.  The public knew. The Horror films  and novels spelt it out clearly. But life was too good now to worry much wasn’t it? We didnt really believe it could happen to US.  Not that our ordinary normal world would stop in a week!

And now we are realising, a new world, never to be the same again.

Can we start over?  Have we learned?

Yes we can. And yes we have.

We have understood the pollution we have created.  My grandson had never seen clear air before, the clarity, the colours, the blue of the empty sky.

People have rediscovered peace and quiet. And Nature. Bird song and the morning chorus have delighted us again.

Working from home, and we found the fretful rush of commuting has gone. Why did we do continue to do anything so silly? We could have moved that way much faster.

The same with the NHS.  On line and video appointments with Doctors,  clinics, speech Therapists etc. have all been possible, but weren’t scheduled to be brought in for 2 years. In reality many Physios and GP’s managed it within 2 days of lockdown!

But the thing that is delighting is the take up of the internet.  Creativity and connection has exploded!  All of us Zooming,  our families and doing on line yoga. What a learning curve! Most of us hadn’t heard of Zoom 8 weeks ago!  We were fretting about lonely people weren’t we? Yet this great potential system was sitting there unnoticed. 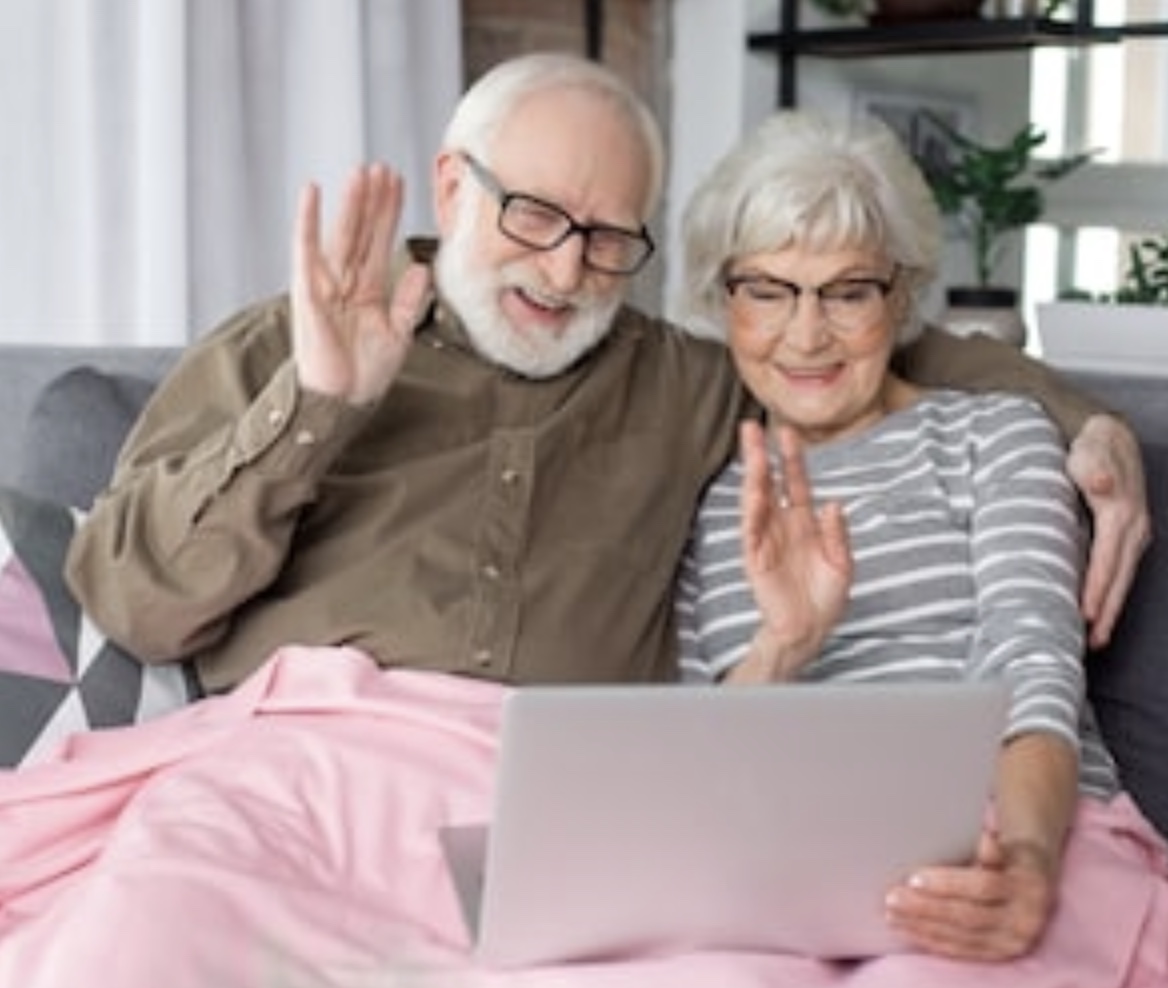 So many older people telling me how much better life is now.

It has proved possible to see far more people in a day. We are able to go to church, clubs and classes without worrying about transport. Lovely to have a coffee or drinks chat with friends.

I am seeing far more of my family with a weekly Zoom. Grandson in Taiwan joining in! Getting to know them much better too than with phone calls.

Yes, miss the hugs, but still get the grins, play games and share silly things.

The world has opened up in a new way too hasnt it?  A few could get to Theatres, now they come to us. Museums show and tell, libraries download e books, fitness classes in your living room – no Lycra. And for Bridge fans, (took a while to get there) but the possibility of regular on line games has changed life!

We have been given a kick, havent we?

Maybe we have learned we cant take anything for granted?

Time for Re thinks?  What really makes us happy?  A chance to review our value systems.  All aspects. Ask questions,

Do we really need disposable everything and masses of clothes?  Can we have a fresh look at transport, on line education and health.  Working hours, sharing out of jobs, Universal income, housing, all will have to be rethought, and become fairer.

We have rediscovered our community spirit. How can we create a more equal society?

Most of all lets have a big rethink about how we measure success as humans.