This is a Thank You letter for a year of amazing surprises.

Maybe when you read this, you will understand why.

What a year!  No, not politics.

Just want to share with you my absolute amazement at what being in your 84 th year can be like.

The usual Glasgow January start. Dreich, meaning grey, cloudy damp.  Except in our house it wasn’t. I was undergoing a transformation…

At the end of December a journalist had contacted me about the blog. Very complimentary etc. Said he would like to do a piece about me and the positive ageing agenda in “You” magazine. Could I do a photo shoot in early Jan?

Now there was a new experience!  A fashion stylist with an armful of clothes, a hair and make up person and a photographer. 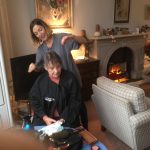 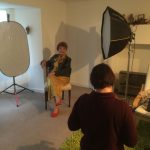 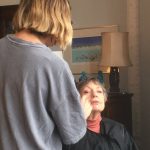 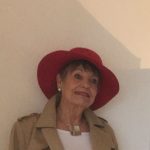 Great fun.  Colours and styles I had never tried. Though always my hat!

Rather a shock when the piece came out.

Three pages, lovely pictures, reasonable text, but the headline!  On the lines of “Sex Blogging Grandma 83”.  Based of course on the one blog out of 90 I had written about sex at 70 and 80….

My naivety of course.  He knew what would sell. He had read back the text to me. Seemed OK. Didn’t understand then that editorial headlines were a different matter. Had to take a deep breath and cope.  At least the message that life doesn’t stop at 65 would  reach 20, 000 readers.

It did!  And it reached ITV. They called and asked if  I would go on the morning show “Loose Women”. ….Suspect the dream of a thousand wanna be celebs?  But not mine.  They then offered an interview on “ This Morning”.   Sounded better, but they still wanted to do the ‘Gosh, imagine 80 year olds and sex! ‘ (Have they no idea how Ageist that makes them?)

Decided to do it and hope for the chance to get the real message over.

Luckily Phillip Schofield gave me the perfect opportunity. Managed to challenge him on saying I was ‘ Young at heart.’  Definitely not!  Old at heart and proud of it.  Wonderful chance to get the positives of later years said.

(If you missed it it is on https://www.youtube.com>watch under the heading Meet the 83=Year Old Sex blogger!)

The response was wonderful. All of you picked it up and shared it, and so did the red top media: Radio interviews, more magazines and even TV producers! All wanting the sex angle. But I decided to stick to the Blog Theme….And eventually some good radio interviewers like Kay Adams woke up and asked sensible questions.

They began to move away from sex, and understand how important it was to get the image of our later years changed from the negative stereotypical view of ageing.

The idea of being proud about reaching maturity and the happy LaterYears was getting out.  For most younger reporters it was all a bit of a shock.

The next breakthrough came with an invitation to speak at a major conference in Worcester. The launch of Maggie Keeble’s inspiring ICOPE campaign for the county…joined up thinking about ageing. And she was absolutely into the need for the positive image.

That is when someone took this!  The perfect pic for what happened next. 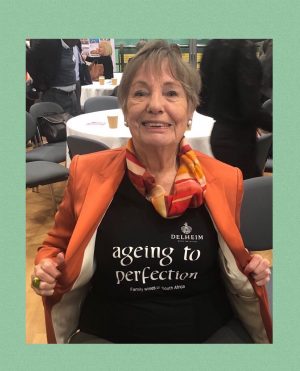 It all worked out brilliantly. And luckily!

Unexpectedly I was found to need major abdominal surgery just 6 weeks before. But all went well.  Even fit enough to climb the Brecon Beacons! 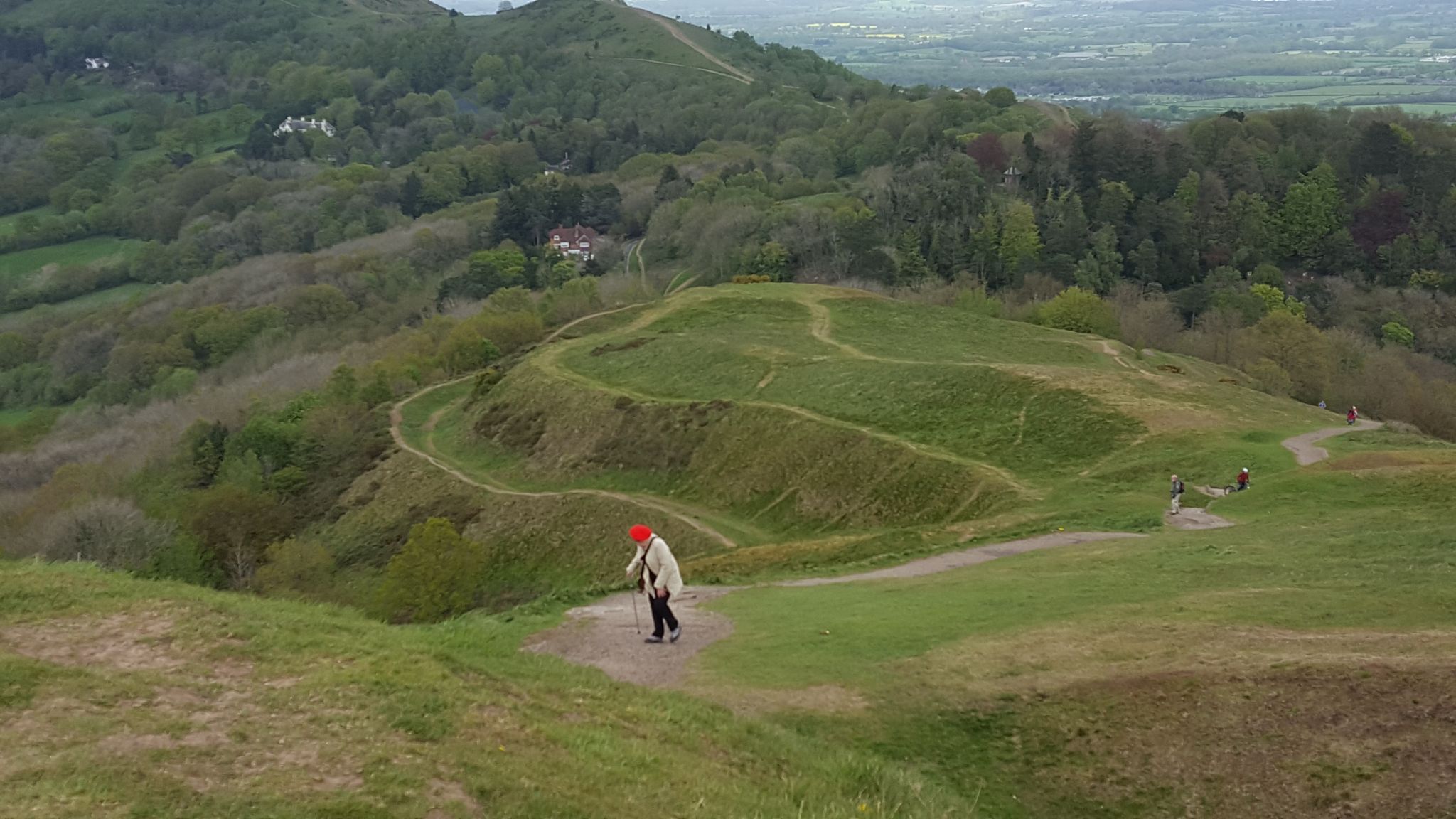 After the great response from the Worcester audience. Maggie and I agreed that the whole idea needed to go National.   Age Proud was her suggestion of a name for the campaign.

There were no resources except the web.  But a Survey Monkey Questionnaire on line produced much encouraging support. So many of you!  Certainly enough to make an online launch realistic.

It was going to be the only way. Tweeting and blogs and all of you sharing with your followers.

In June, only 6 months ago, #AgeProud was launched on Twitter and with a blog.

Three people now joined in. Anne Faulkner and Vicky Louise Lane  from Action for Elders plus Vic Stirling from Sheffield’s Ageing Well programme. We had a super think tank meeting in York. And agreed to form the Age Proud Collective.

One of our challenges was persuading the bigger charities that the negative stories and pictures used for fundraising were in themselves harmful. So destructive! They get internalised and everyone sees them as if that is what old age is really like.

It isn’t!  8 million out of 11.9 million people over 65 are living busy active fun lives for years.  But they are so normal, they are invisible! We need them to be seen, recognised as significant contributors to the economy and as no different from the person they always were …except happier!

In contrast to the harmful stereotype,  an increasing no of research  papers were showing  how a positive attitude improved health and increased longevity.

And key, the curve of human happiness graph was being talked about.  Just look at it! Proved what we were saying!

It became a newspaper headline. And the old myths about ageing began shifting.  How different it is today was becoming clearer.   “79 is the new 65” was being understood.

A campaign to pull it together was due.

The #AgeProud campaign was on, with these themes:

Stop the fear of Getting old.

Call out the idea that Young = Good and therefore Ageing is bad!

Look forward to the bonus years. Enjoy your life experience, know how and the fresh confidence in who you are.

You made it!  Real Maturity.  Proud of being old etc…

Interesting that although we all understood Ageism to be a problem, we felt that a non aggressive approach like re framing the idea of later years, was perhaps better.  Attaching positive images and words to replace the historic stereotype. Educate everyone about the normality and happiness of achieving a ripe old age. And that you don’t actually change as a person…just acquire valuable life experience.

In July Vic organised The Ageing Better National Lottery Community Fund Two day Conference…and I had the chance to speak. It was wonderful to have the chance  to say all this to people from all over the UK. 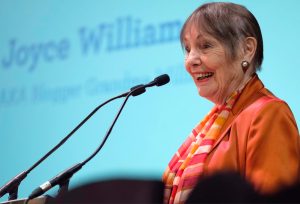 There was so much support.  You just knew we were on the right track.

Following that there were invitations to speak from all around the UK…Leeds, Manchester, Lambeth, Torquay, Chester, Newcastle, Doncaster, and all of them were to groups pushing the now recognised Positve Ageing Agenda.

Then on Oct Ist  it was the International Day of Older People.  Every credit to the key Charity in the field, the Centre for Ageing Better. They Took the idea on board and really launched #AgeProud nationally.

And they gave me the chance to do another video for You Tube.  A long way from that first one 8 months before.  No sex. Just the positives of life in Later Years.

Manchester, Leeds, Torquay and now Bristol have declared themselves Age Proud Cites. The campaign has taken off.

Along the way two super books came out supporting the whole positive idea. One was Maggy Piggott’s  “ How to Age Joyfully”.  Exactly what is needed.  Won a well deserved prize too.  Went to its launch.  Such a buzz!

The other was  Dominique Afakan’s  “ Bolder “ with pieces about 50 older people living positive lives.( I was one…rather oddly positioned in the ‘death’ chapter! )

So now you see why the year has been fantastic! Could I ever have imagined it this time last year! A whole new career at 84. So lucky.

Thanks to everyone who has supported the idea, we really have turned a corner.

A new image of later years is happening and being accepted as an essential change.