Due in hospital on Tuesday for major surgery. At 83, not without risk.  And I have a choice.  It is recommended, as necessary and wise, but not at this moment critical.

Choices like that in your 84 th year are interesting. Different.  You know that Terry Pratchett’s marvellous Discworld character DEATH is lurking somewhere.  You probably wouldn’t mind meeting him.  (Indeed I did once after a childbirth haemorrhage. But we agreed then that it was not yet time.)

Maybe now it is?

Life turned out fine in the end and still loving it. Why then risk messing it up? Could have another few years with little problem. Or could have a heart attack anytime.

Should sound medical advice be accepted? Or could I say, “Thank you, but no” and just let fate decide?

With that in mind, we, husband and I, thought we might bring forward the celebration of our first getting together, 19 years ago, on April 10th.

Curiosity decided that it was going to be a special weekend in Dundee.

The exciting new Vand A Museum was calling. 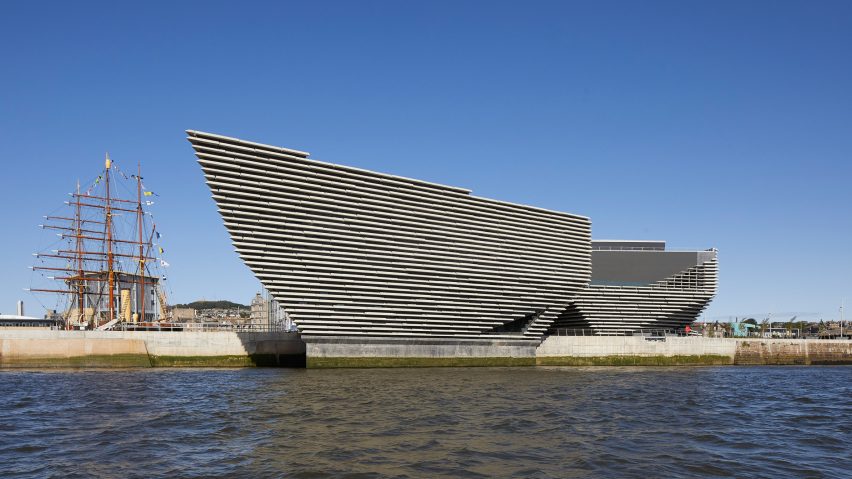 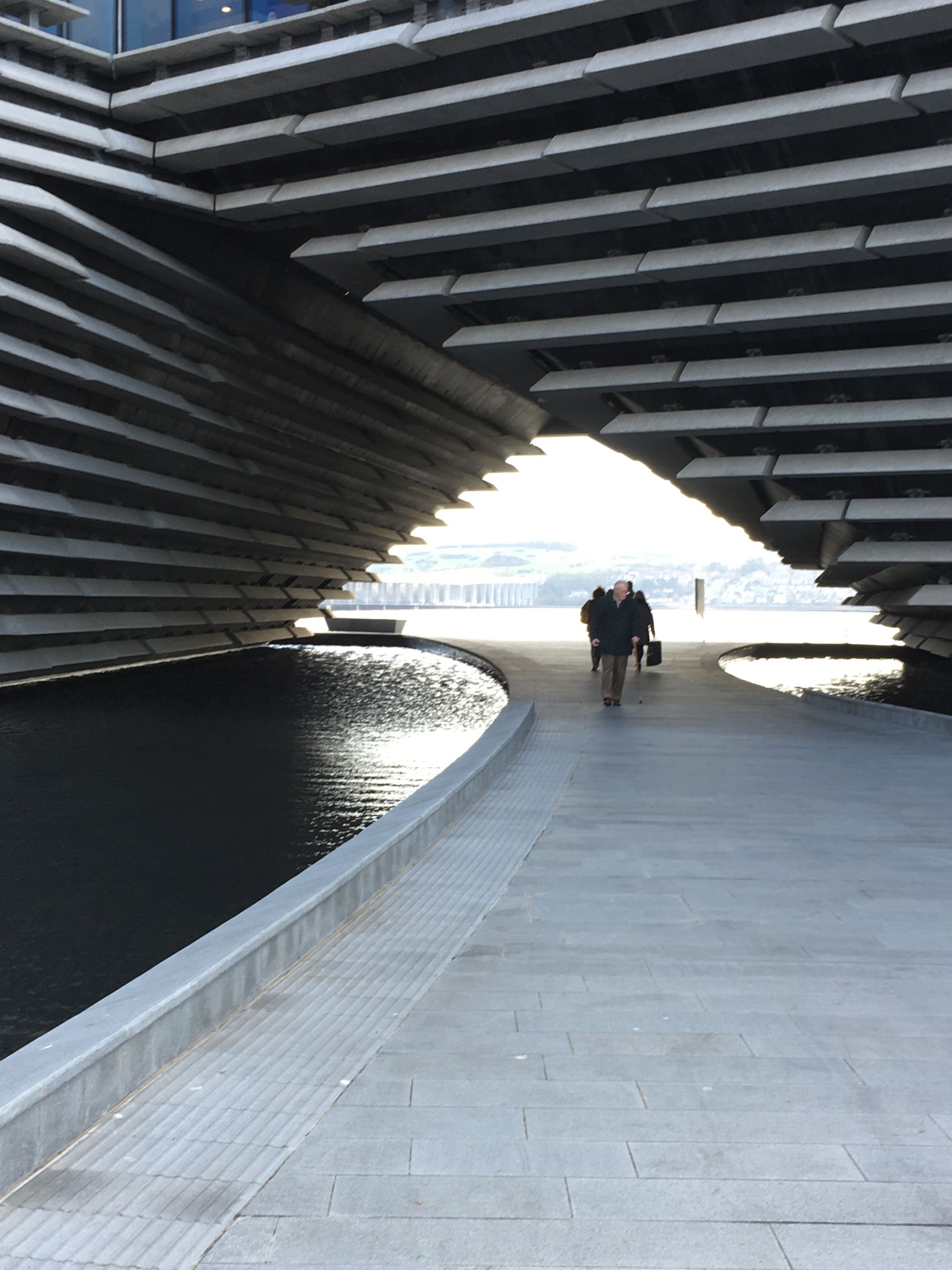 Doesn’t it look wonderful? Launching itself into the River Tay, announcing its pride in Dundee’s history of shipbuilding and design.

And there next to it Captain Scott’s Discovery, with another fascinating exhibition of how to build a boat and make plans for a two year Antarctic exploration. How many tons of flour? Or coal?

Loved the penguins outside! And the chance to sit on an ice cube.. 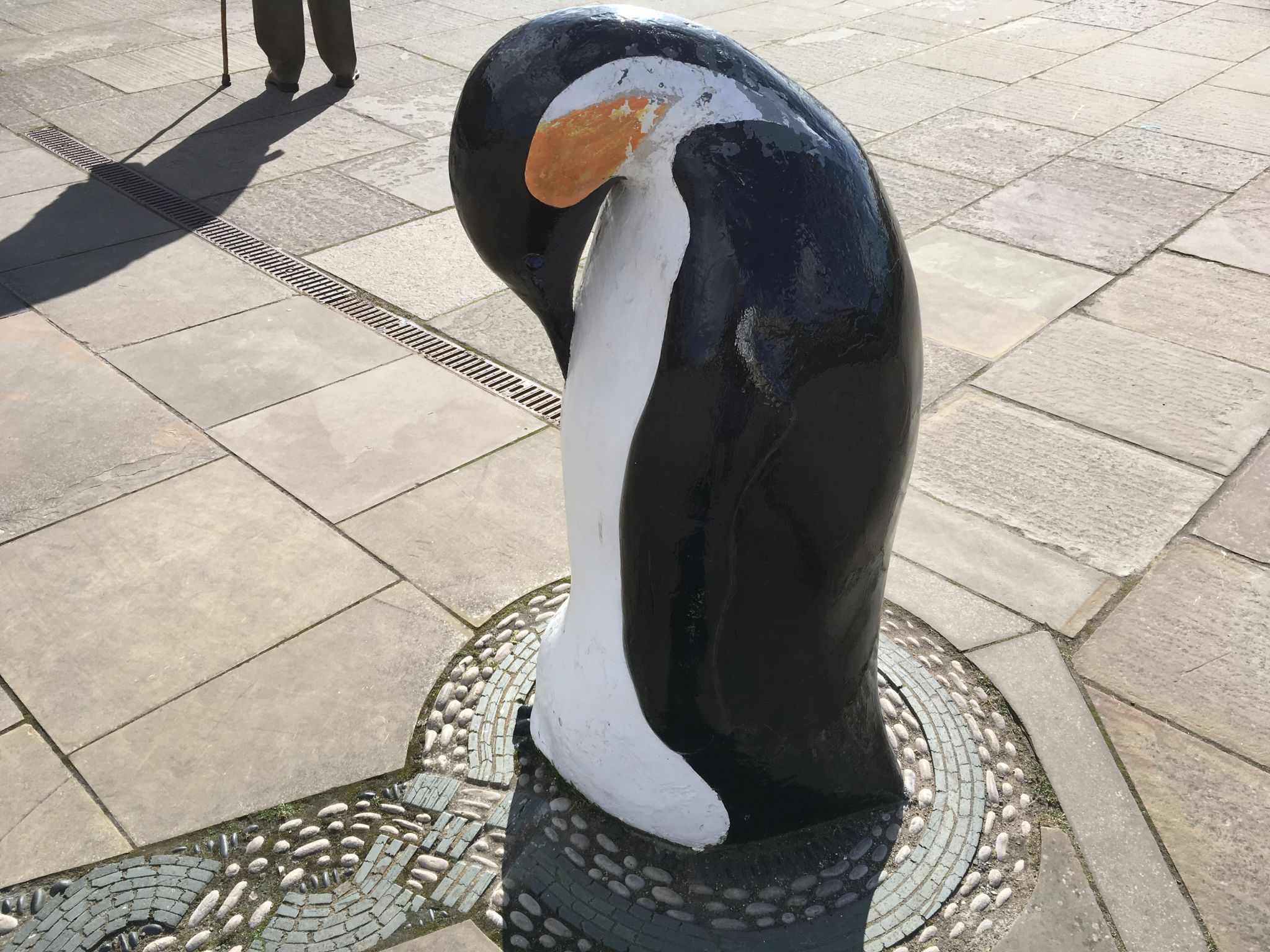 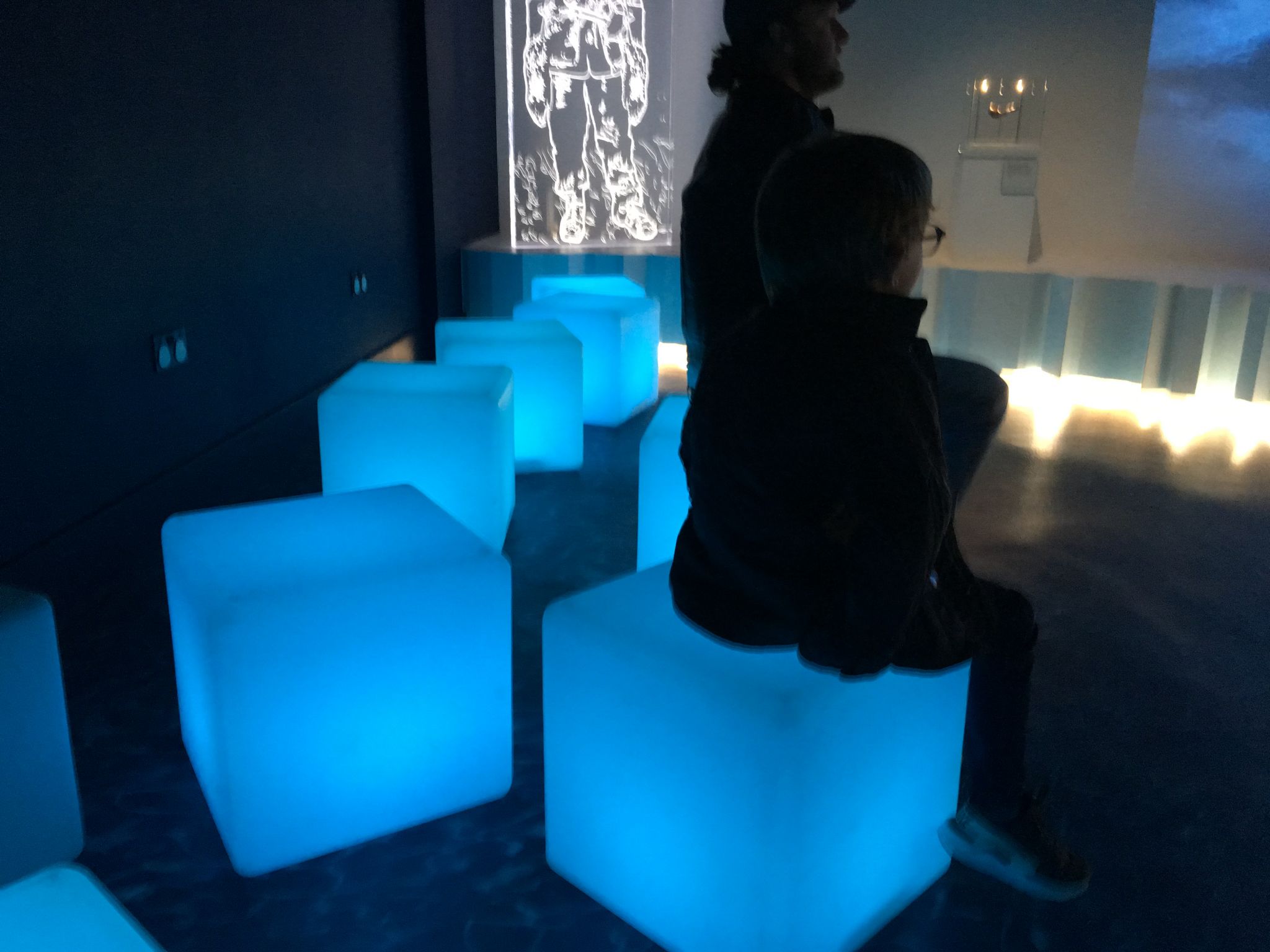 The exterior  of the V and A was certainly dramatic, but hadn’t expected to be so intrigued by the interior.  The ship theme continued. You were in a space, huge though it was, enclosed by oak planks with portholes and beams above. You were in a ship. 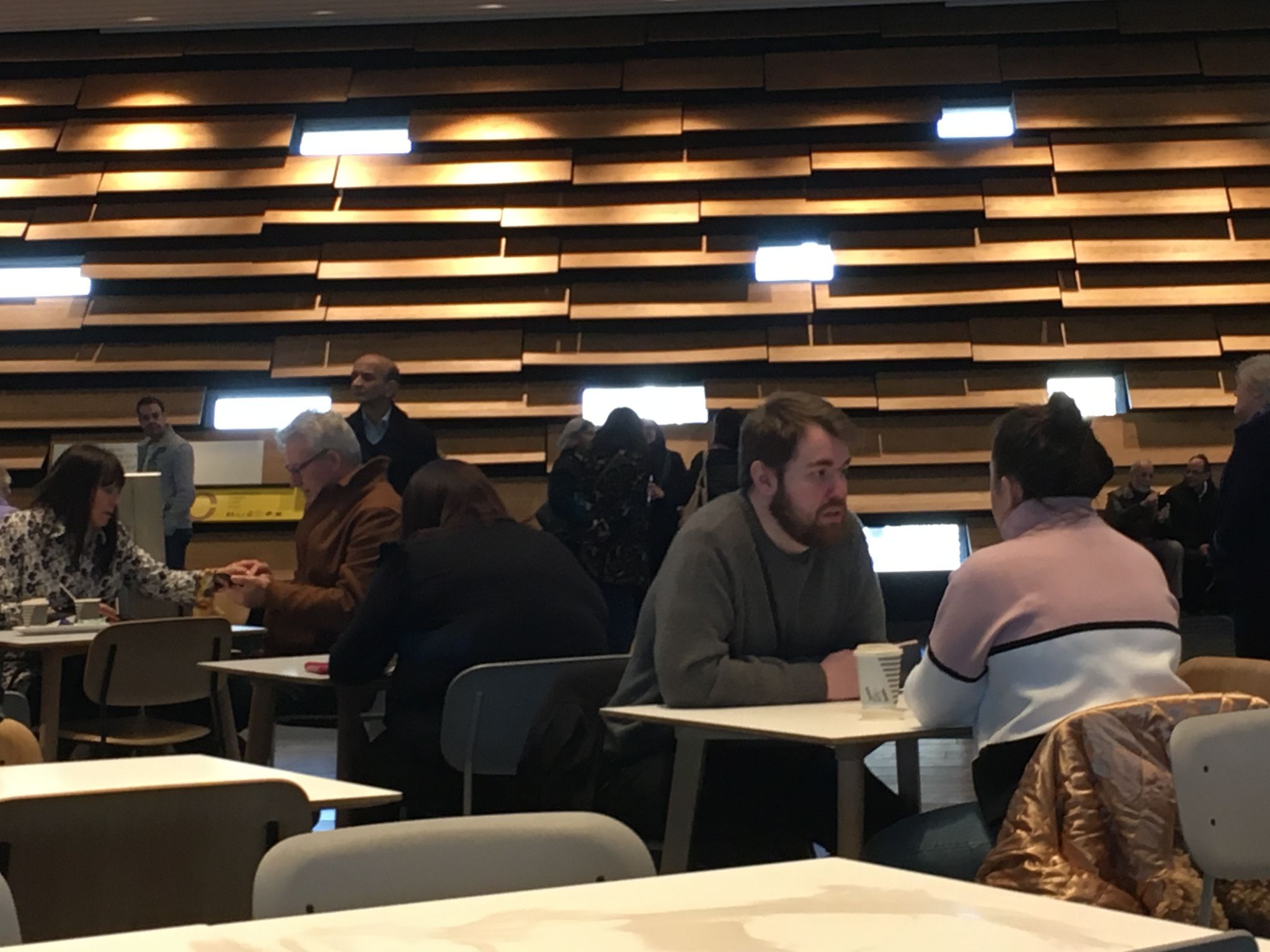 And through the portholes were glimpses of water and other ships.  Loved it.

And so apparently did the tourists. There in hordes from everywhere. Dundees is now on the Scottish tourism route.  So pleased for them.  Everyone we met, taxi drivers, hotel staff were glowing! So were we! Found a lovely restaurant over looking the Tay Rail Bridge, perfect for a celebratory dinner. And delighted to see that an older couple at the next table were also holding hands.

And so, what is the decision?

Go in of course! Curiosity demands it. A lifetime in the NHS and I have neve been an in patient in a hospital!  And look at this state of the art new Queen Elizabeth Hospital in Glasgow: 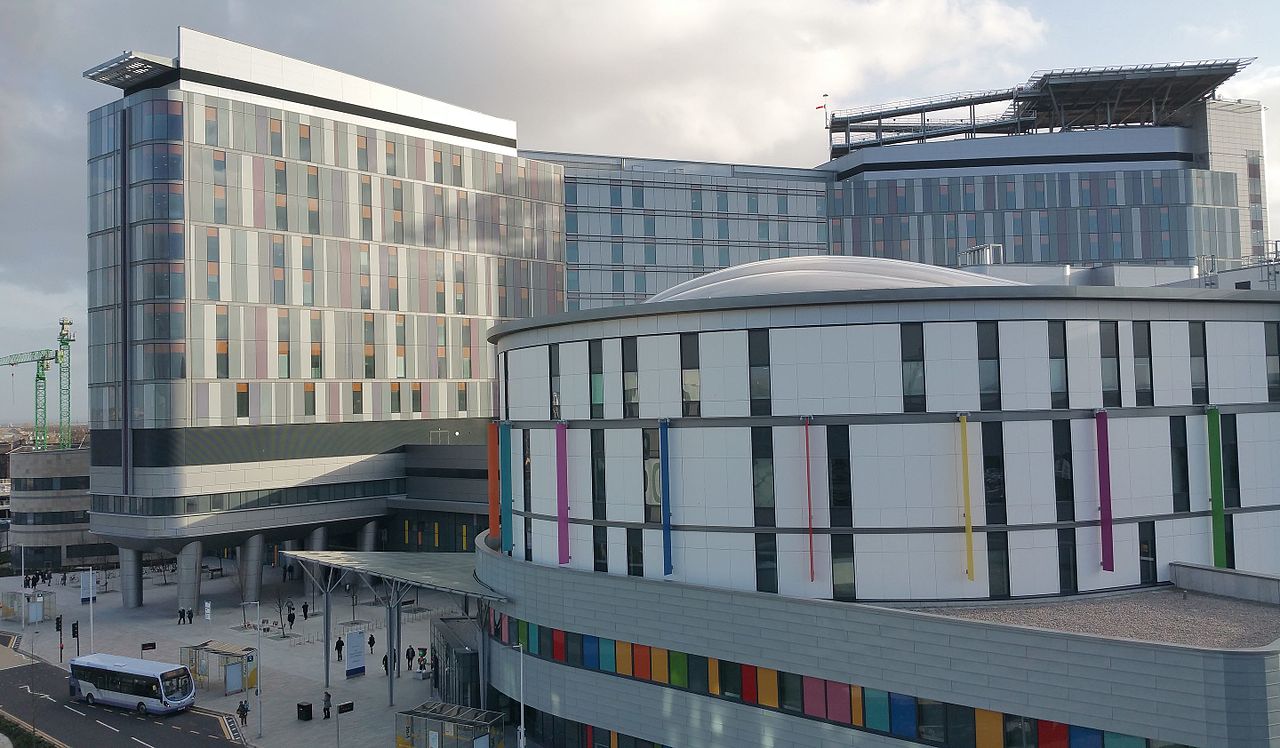 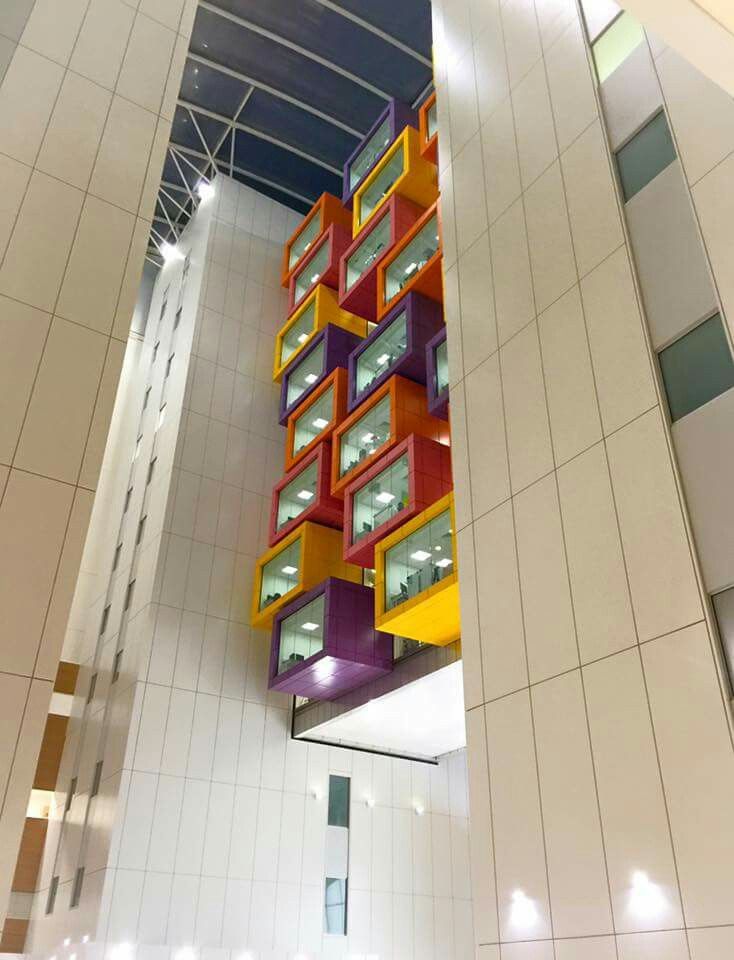 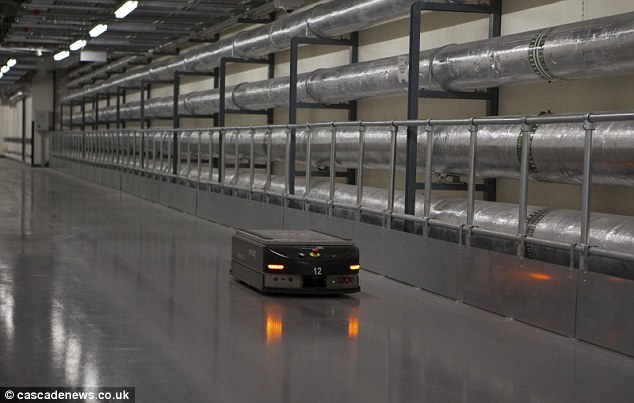 Another new experience! But maybe not to look forward to.