Feels like The Last Chance Salon…..It is an 80th Birthday present for the Toy Boy. Friends invited us to stay in Southern California, to explore the Anza Borrego Desert.

And it is desert. An average of 5 ins of rain per year in the winter, with summer temperatures up to 120. 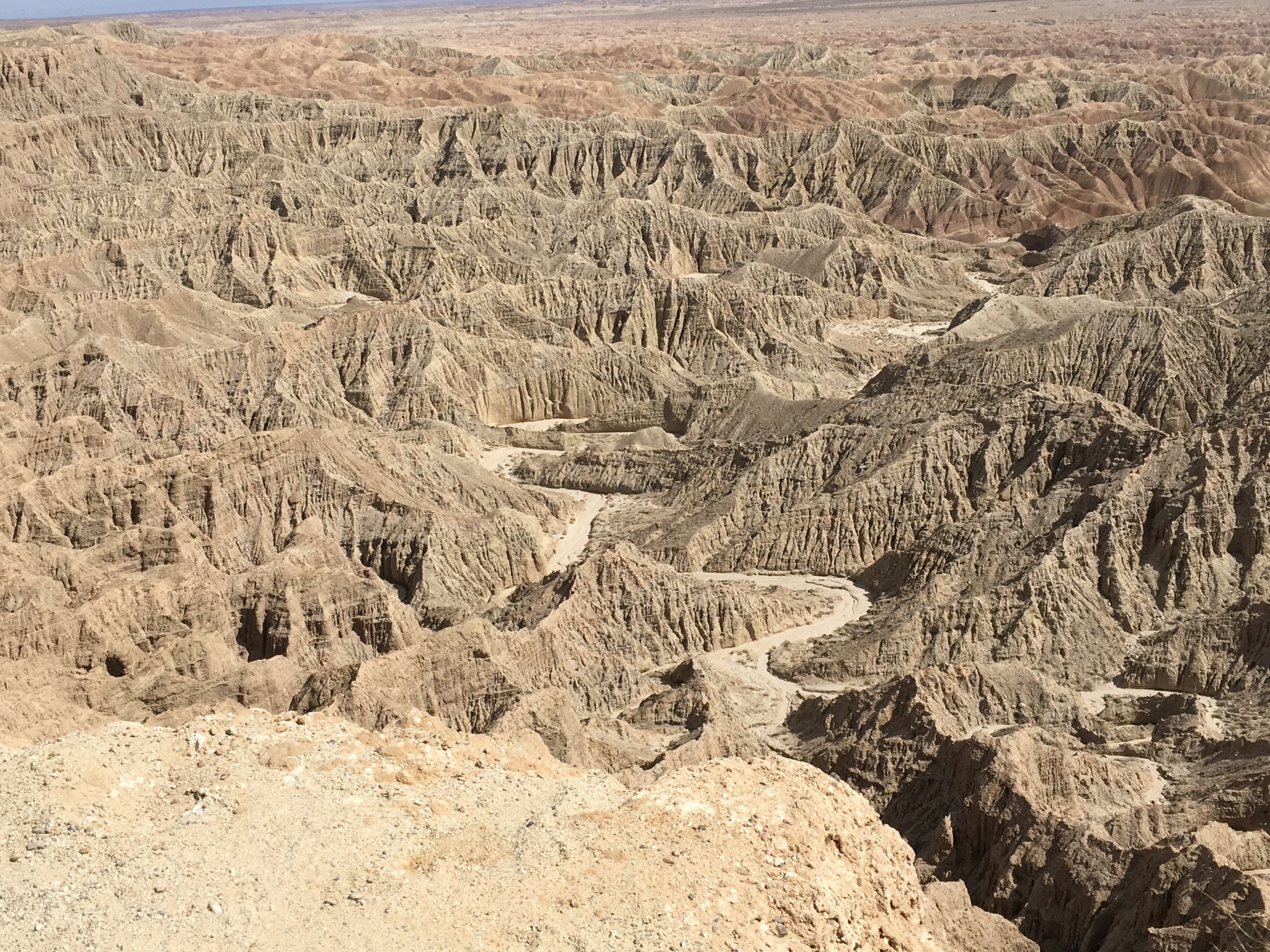 Aren’t they amazing? Terrain which has survived wind, rain, sun and everything for years. Now showing its history with every inch of its surface. Stunning story.

The tracks are old dry river beds. Wonderful to have the chance to come here at last. Not on a horse named ‘Silver’ though. In a 4 wheel drive.  Exhilarating.

Away from the eroded badlands, the Park has a variety of landscapes. 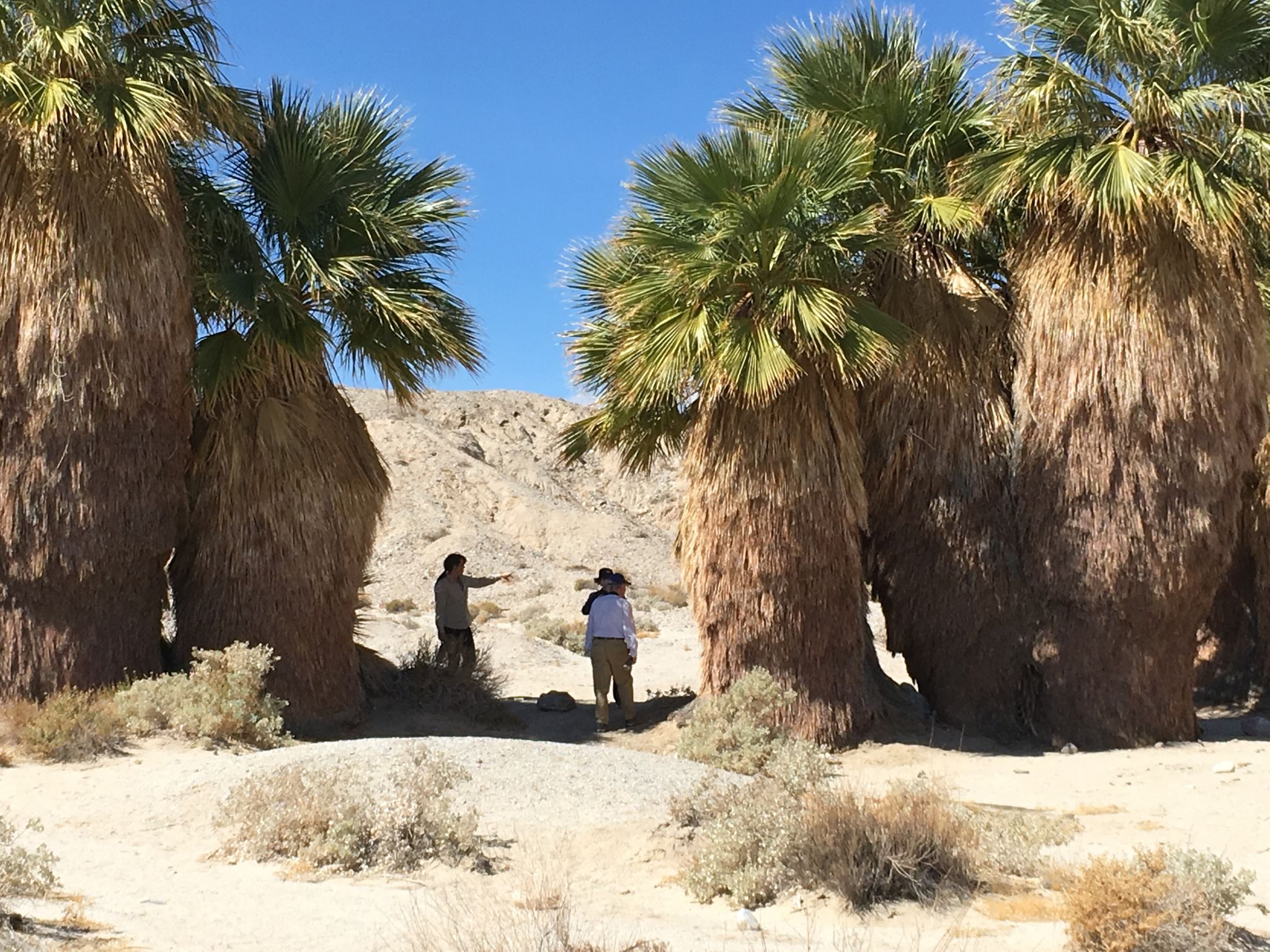 Ancient palm trees have marked this oasis for travellers for many many years.

The way these plants have adapted to life’s difficulties over time is superb. Tough cookies!

And the desert protects tiny things too. Small flower seeds are hidden in it for years. Cherished until a winter when a decent amount of rain falls. Then the desert nurtures them as they bloom.  The years before last apparently with 7 ins of winter the flower carpet was spectacular. Tourists flocked in. This year was almost a drought, but when you look closely, there they are. Little things which with luck will mature to old age.

That is if the locals dont find them.

Yes. Big horn sheep!   Never saw one of those before.

Rare and competent  survivors in this toughest of worlds.

The other animals who survived here were humans. The original native tribes then the settlers. All adapting lives to the land.

The natives main food was acorns!  Lots of them here on small trees or bushes. Not enough water to grow big. But plenty of nuts to harvest.

The orange fruit like things on the acorn bushes had me puzzled….? Eventually worked out that they were wasp galls. And very pretty too.

But another really intriguing puzzle appeared.

Look at this stone: 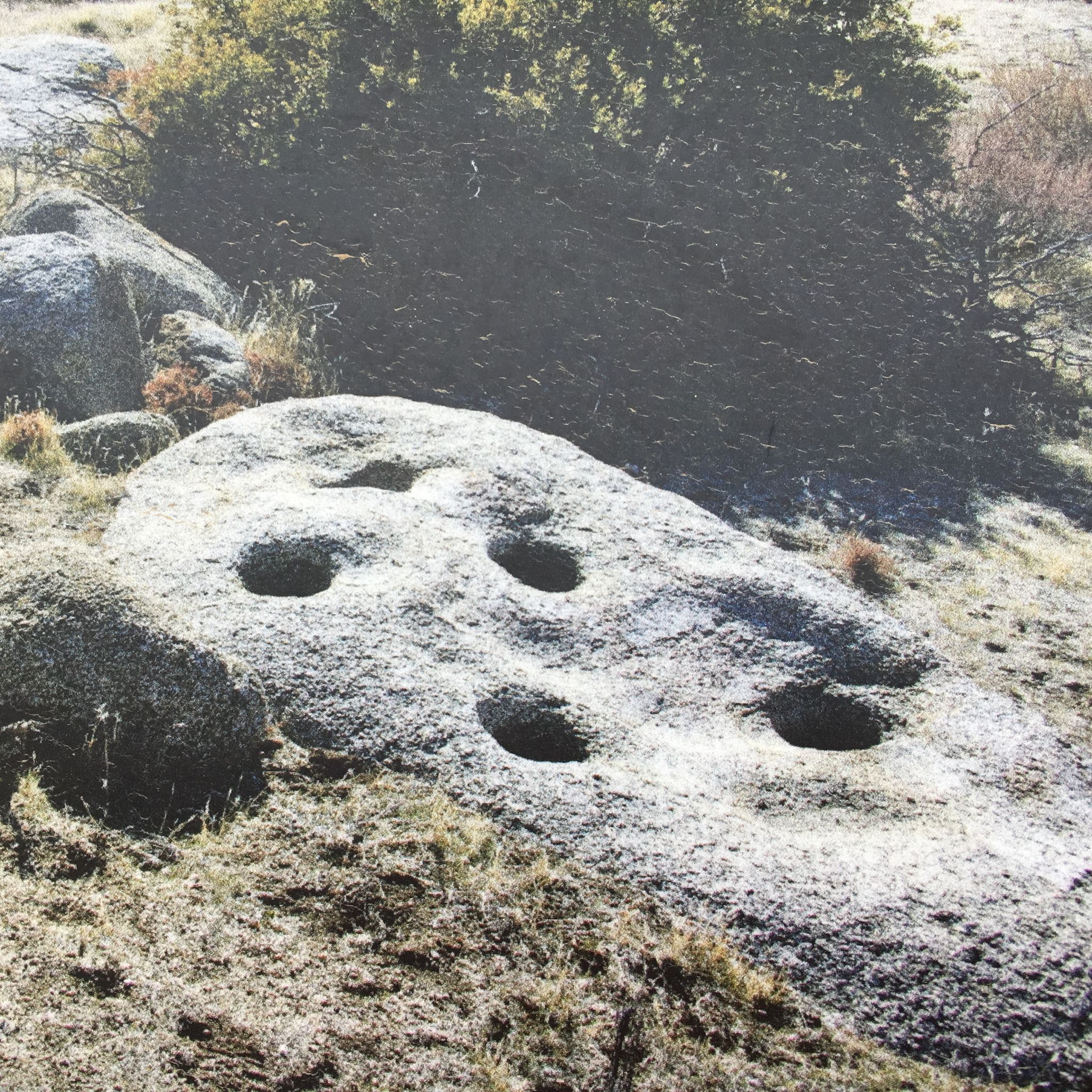 In Borrego stones worn like this were used by the local natives for grinding acorns into flour. Until quite recently too. Still many around.

But I had seen many similar stones before. In Scotland! 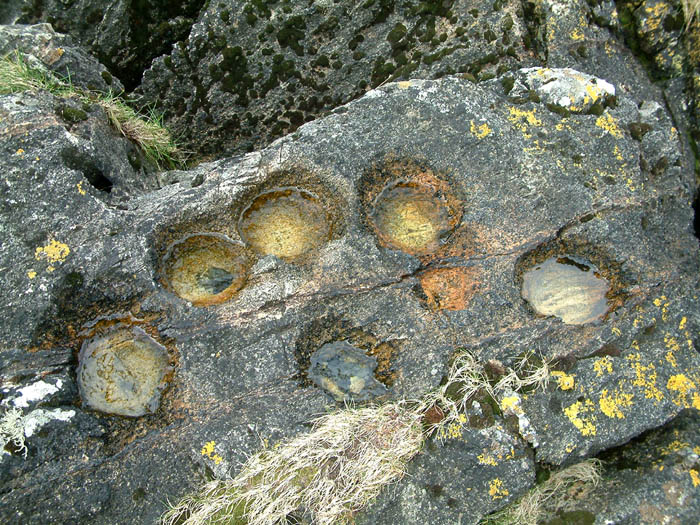 This is a photo of an exhibit in Stirling museum.

The label says it is a cup marked rock, art from Stone age Scotland! Presumably created by the natives there at that time.

Really?   Could it be that Scotland had acorns and ingenious hungry natives then too….Anyone know?

Felt so lucky having been given the chance to wander in this place, explore be curious at this stage of my life.

Felt so in tune with it. A mature ancient landscape, tough history, yet surviving.