Please send in any you spot. You can do it either as a comment to the blog or tweet @joycewilliams_

Use the hashtag #AgePride for any you tweet yourself.

Grateful to those who have contributed so far. Not in any particular order.

“Most any use of the word “still, ie she still cycles, looks good, retains a sense of humour, goes out every day….The word “still” gives an ageist stance to every normal activity.” 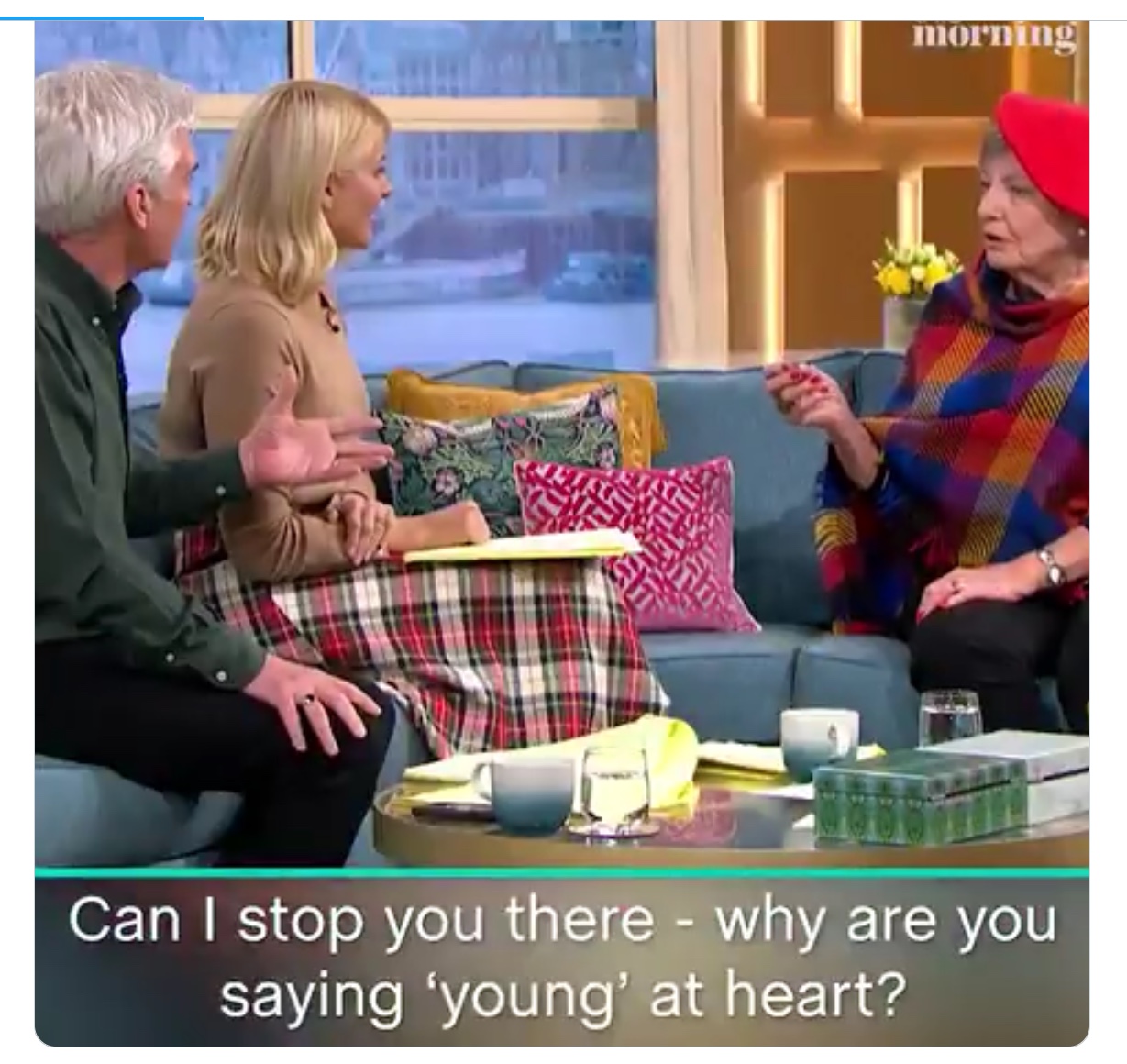 Examples sent in by #AgePride supporters:

“Nursing home manager @Benjami8784 said the first thing he did on taking up his post was to abolish terminology, telling staff that they shouldn’t use any labels they wouldn’t be happy to wear themselves. “It works,” he concludes,”

“My personal hate What are you doing on a bike at your age”. “You look good for your age . At any age it should be you look good.”

The one that gets up my nose is “insert number young”

#UnthinkingAgeism“Feature Writers and Columnists who talk to their readers about ‘They” meaning older people. Usually done in a caring but patronising manner.”

This really drives me mad. The number of papers who routinely say “grandmother” when a woman is only in her 40s or 50s, to try to diminish her! They don’t say “grandfather” when referring to men of the same age“.

Not a word list, but those ubiquitousbirthday cards using old black and white photos alongside ‘gentle’ jokes about ageing which caricature ”.

“Wrinkly hands as a lazy image of old age”

National Trust ad in the Times showing active older people with the heading “We’re not old. We’re the Recycled Teenagers”.

Dan Snow “Going to historical sites in the U.K. is a more popular activity than going to a football match. It is a vast activity and gets kind of a bad rep – it gets connected with little old ladies and tea rooms “.   BBCRadio2 this morning!

Really angered by the press stories of 90 year old sky divers etc. As if being able to do what young people do is the only merit of a good old age.

We have developed a kind of ageist value system for success in later years.

All the above implying older people like that are strange! !

“At what age does one switch from falling over to “having a fall”? Our founder’s 6 yr old falls over all the time but, according to everyone who talks about it, her 82 year old dad recently had a fall.”

“Are you still working?

“You look great for your age”.

Offered to help neighbour unload car. Took two bags.  There was a swift “Do you think you should be doing that?” Unthinkingly kind patronising. I am an adult!