Another Magic Walk at 80+. The Knees, Curiosity and I love just heading off and exploring….anywhere.

Curiosity needs some exercise. And of course so do the Knees. Where to?  The Knees insists on somewhere flattish, Curiosity must have somewhere I have never been…..maybe down river? Find map.

What is down there?

The map shows old docks, a Museum and rather an industrial looking landscape….However, there seems to be a cycle track and some paths long the river. Curiosi says enough! Go. 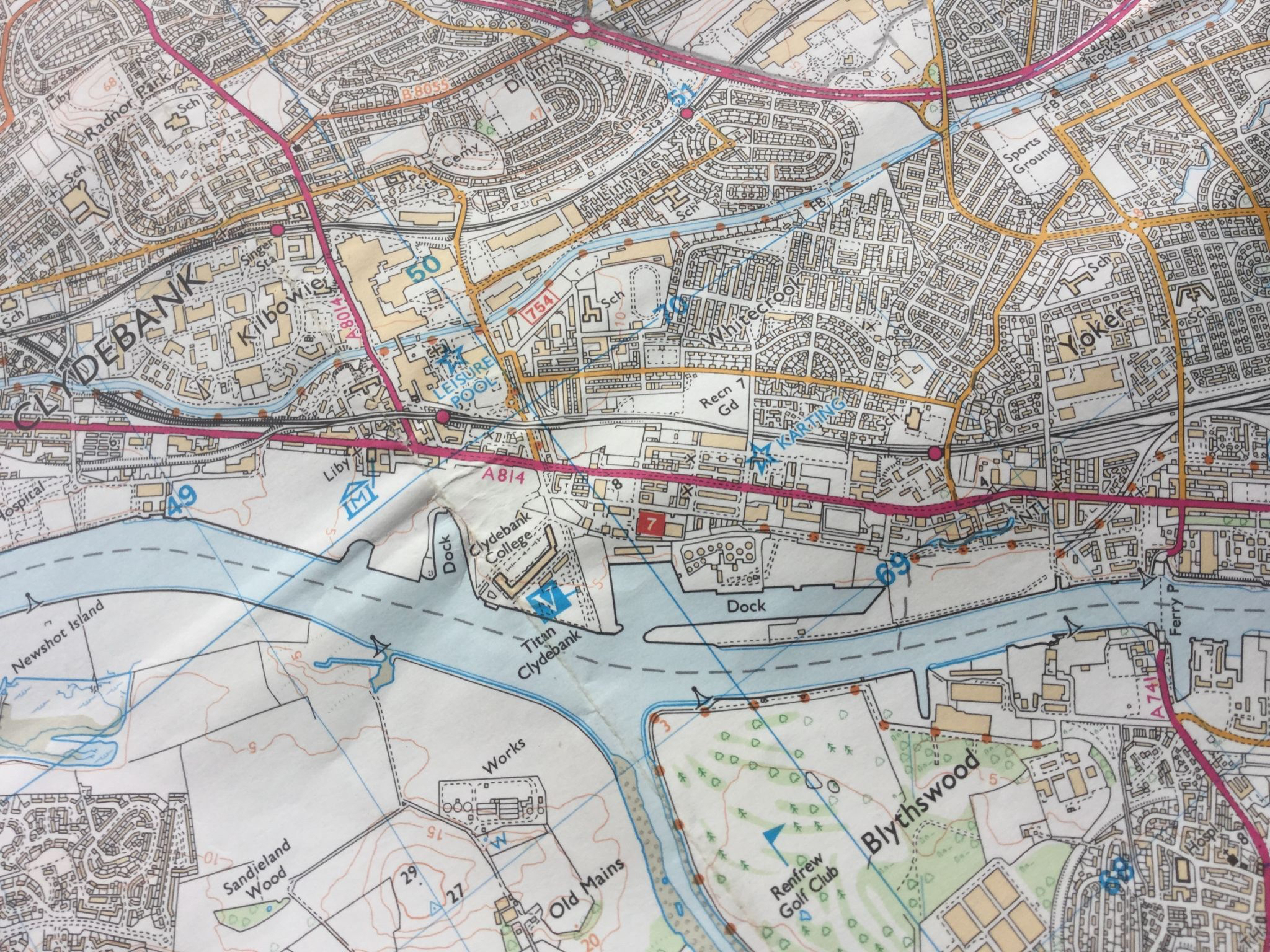 Decided to start from the historic ferry crossing at Yoker. The tide is out and the ferry seems stranded on the south side. Hope it is still running. Met some interesting people coming off it when I walked over there last year 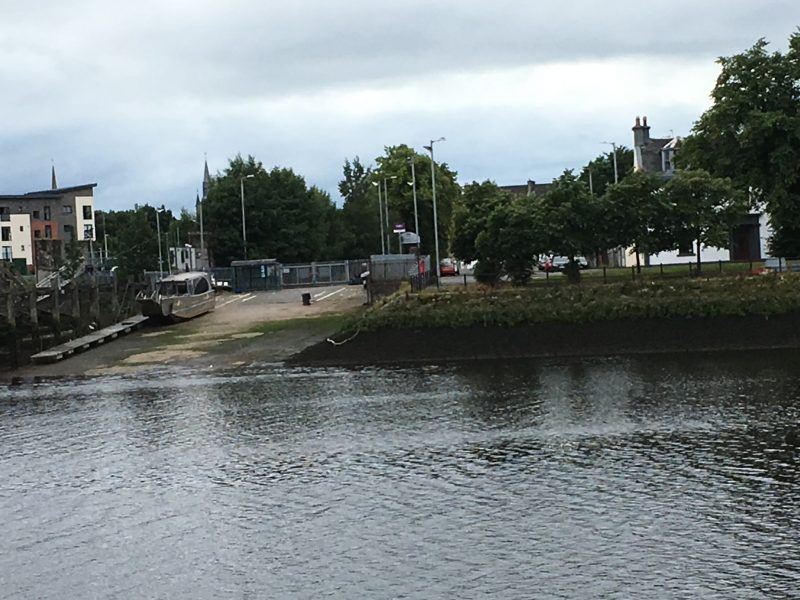 Set off along the river path to find that dock. It seems we are on the Millenial Cycleway. A fun start! 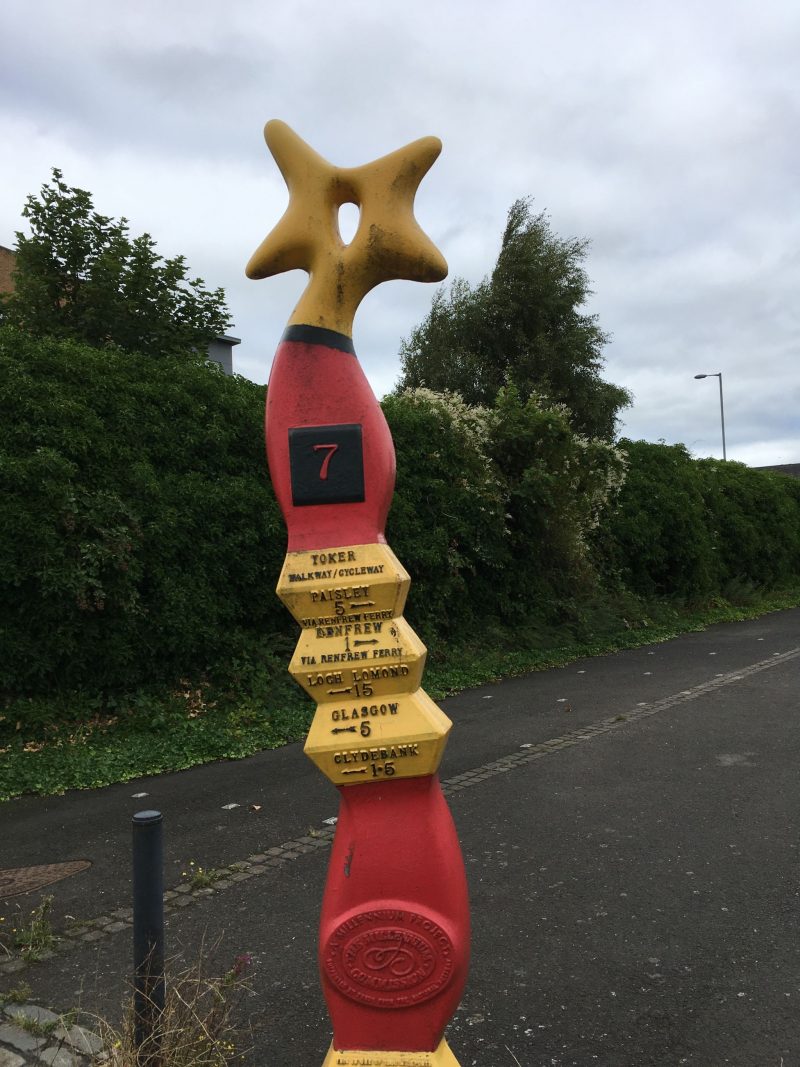 Then surprise. There is no industry.

Rather nice new flats with balconies overlook the river for a few hundred yards and the path then becomes a green wilderness trail.

Discovered a flower I hadn’t seen before. A sort of daisy, but growing on the sea/river tidal edge. Had to look it up. It was a Sea Aster.

Another rather space monster type one one turned out to be Weld…..used by dyers historically?

Always finish up with a plant or two to look up and always, always,  questions to Google. 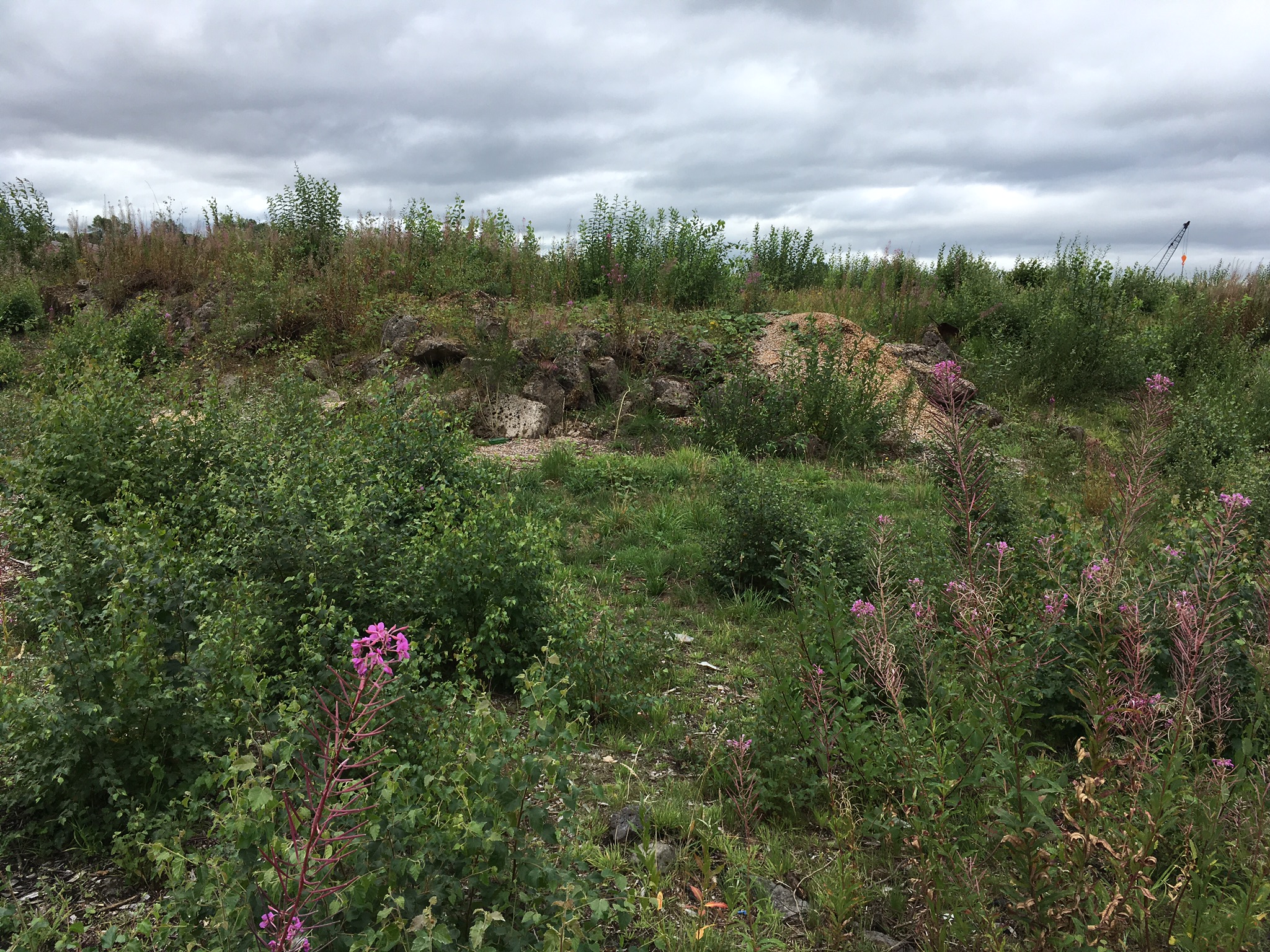 This picture is looking at it…just more wilderness, mounds of stone and a potential forest! Maybe filled in?  Too wild underfoot to explore alone at 82+..Shame. Curiosity was cross!

But can you believe this? I am standing where the Queen Mary was built!

Johns Browns shipyard the builders of the Cunard liners was just here…And it looked like this: 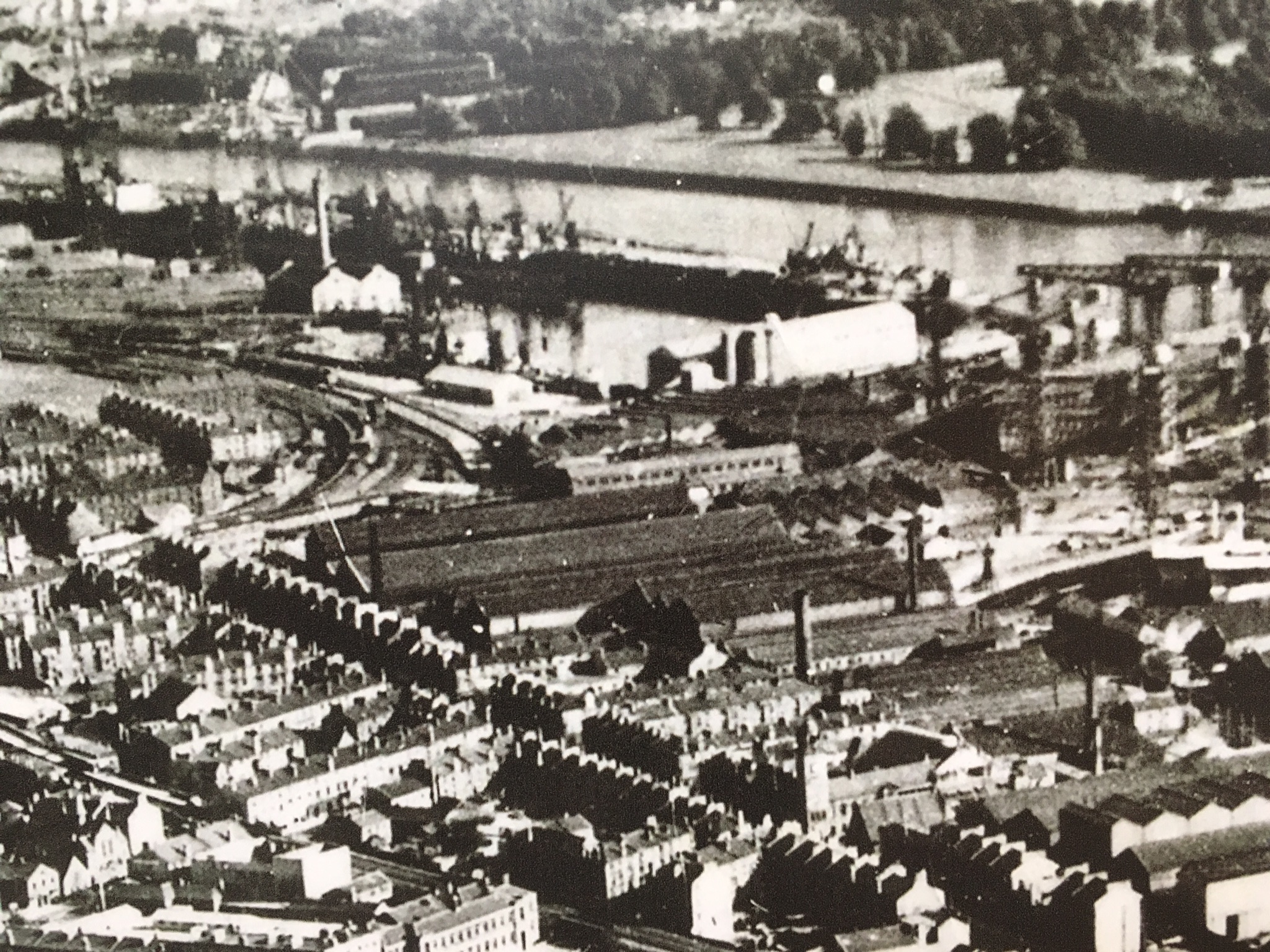 This picture in that Museum confirmed it. There is the missing dock.

The Museum turned out to be in Clydebank ‘s magnificent Town  Hall. 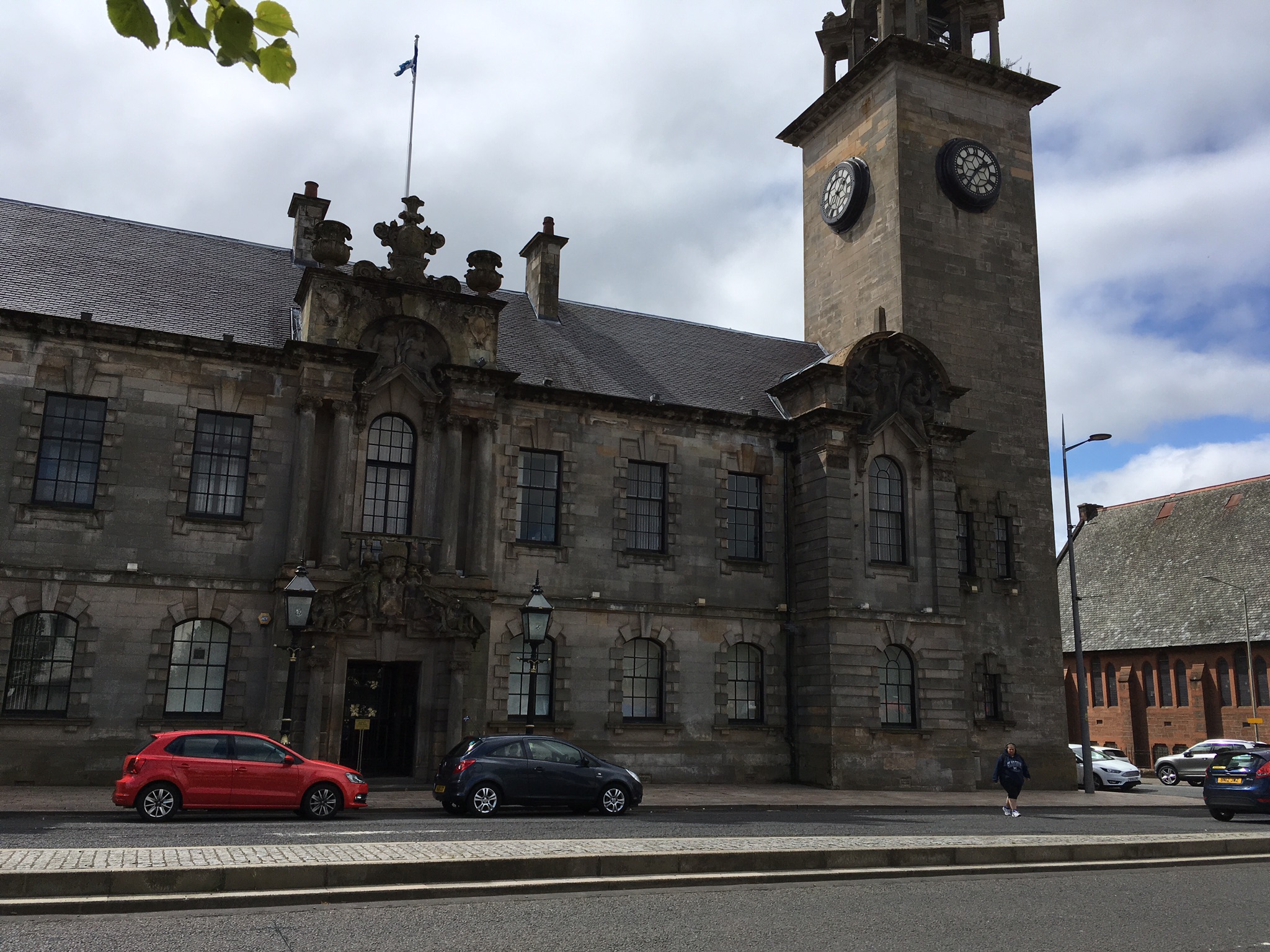 One of those buildings which announced Victorian pride in their wealth and achievement.  They had every reason. Turns out that Clydebank hadn’t even existed….just a few villages..until the docks came in the 18th and 19th Centuries.  Not even a decent road. The shipyards had at first to bring their workers in by paddle steamer!  Yet the shipbuilding industry on the River Clyde was truly the envy of the world and in the early 1900’s was constructing around a fifth of all ships launched.

The Knees were glad to find the Museum had a new cafe. Definitely cuppa time.

Curiosity was delighted to find the story of the missing John Brown shipyard.

And here is one of their pride liners about to launch. 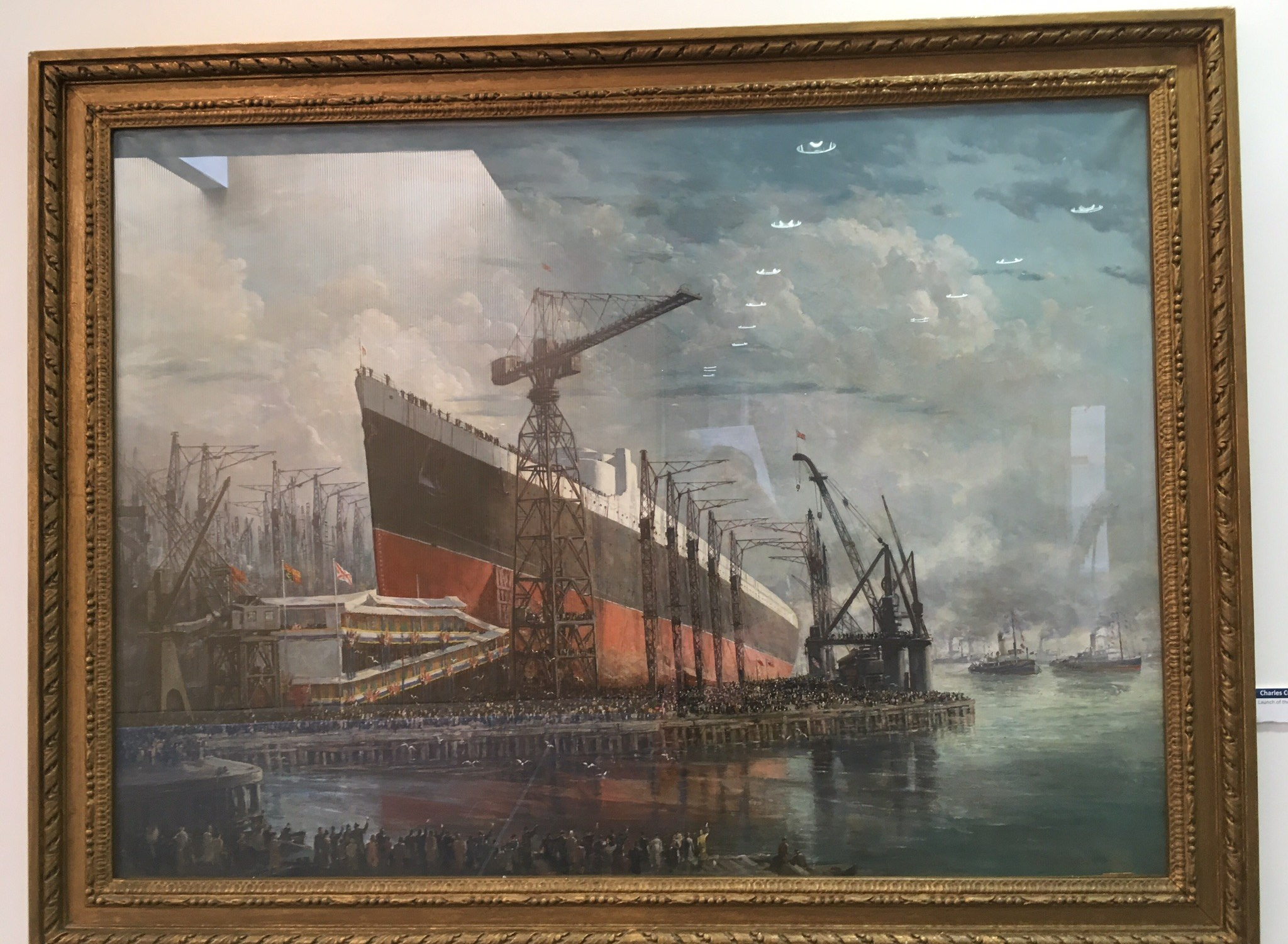 Not just shipyards though.

Clydebank’s other glory was Singer’s of sewing machine fame. 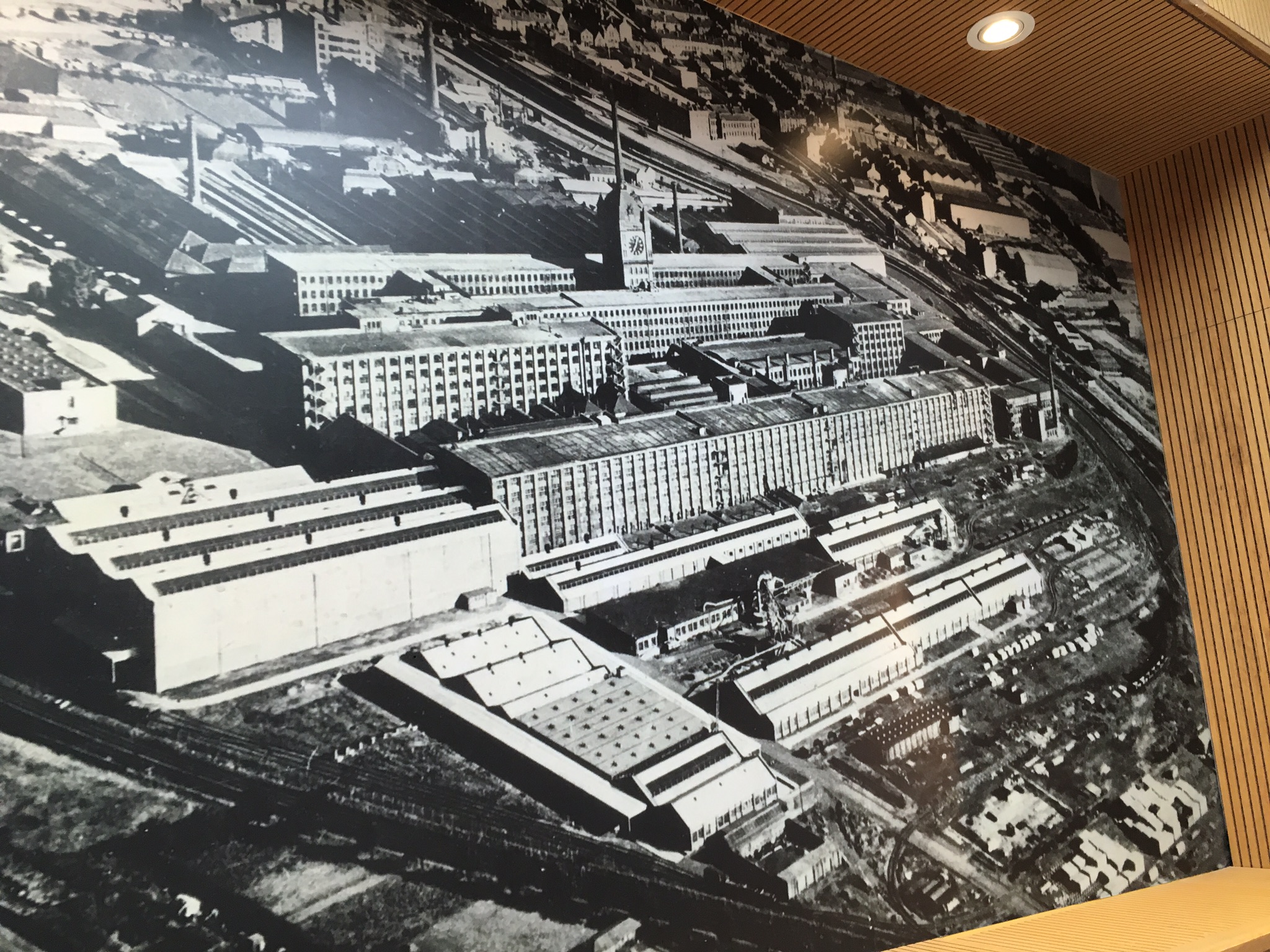 Look at that! The largest factory in Europe;  Singers, supplying sewing machines to the world. And in two wars turning to armaments.  Their machines were in every home in my childhood.  Made my dolls clothes on ours.

The collection is well worth a visit. And not just for the historic machines, but for the social history of the era, particularly that of the growth of Clydeside’s Trades Union movement.  All here. 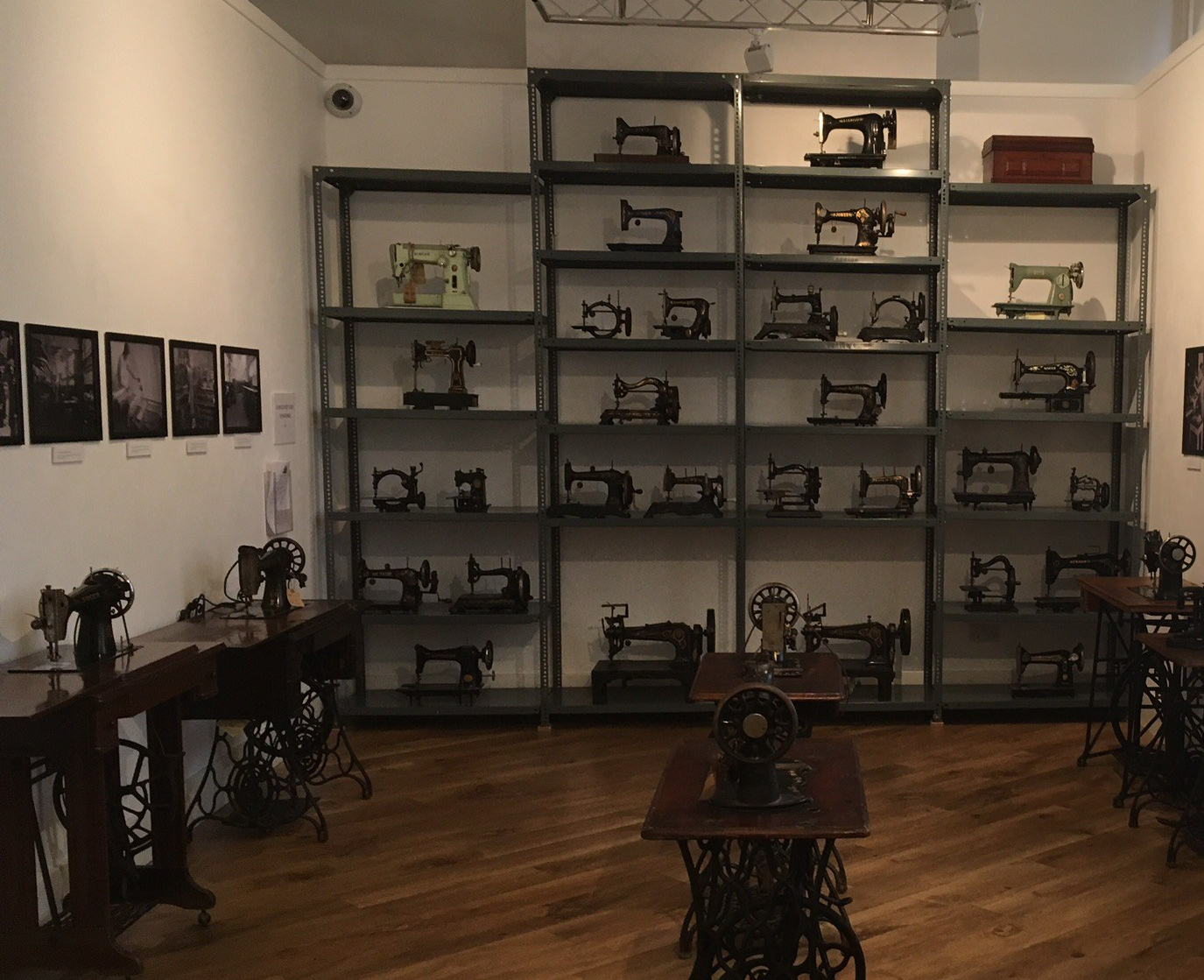 But unfortunately, Singers were too good. Their machines  never wore out, they were passed on, down generations. That is, until the electric ones beat them.  Thousands of jobs and the famous clock tower gone….

Dont you just love Museums?  Whole worlds opening up as you wander. And local ones in particular, where they are still so proud of their heritage, their story.

In the next block I found Clydebank’s library,elegant columns of another era.  And it had an excellent local history section with another story.

The Clydebank Blitz in May 1941

It was horrific. Intended to destroy the docks and Singers armaments, it failed.

But not much else survived. 1670 incendiary bombs in one night!

Over two nights 4000 of Clydebank ‘s homes were totally destroyed and of the total 12,000 only 7 had no damage.

These are some photos from the local history display. Unimaginable. I have met and talked to people who were living there. Terrifying. Water, electricity and phones were hit, but somehow the services coped. Well worth a visit just to read the stories.

And we think we have a homelessness problem.  26,000 people to find homes for!  Many just had to move in with relatives and stayed there for years too. The post war housing shortage was a nightmare time, impossible situation for years.

But the docks survived, though not for long. By the 1960s the trade was moving East and one by one the shipyards closed.   Clydebank was devastated.

However, looking around it was great to see Clydebank now reinventing itself.     After its series of catastrophes there is fresh build and start up business everywhere. Plus a new College, new Leisure Centre, new rather nice housing and towering over all the preserved Titan Crane symbol of the huge ships built here. It has its own visitors centre. You can go up it. 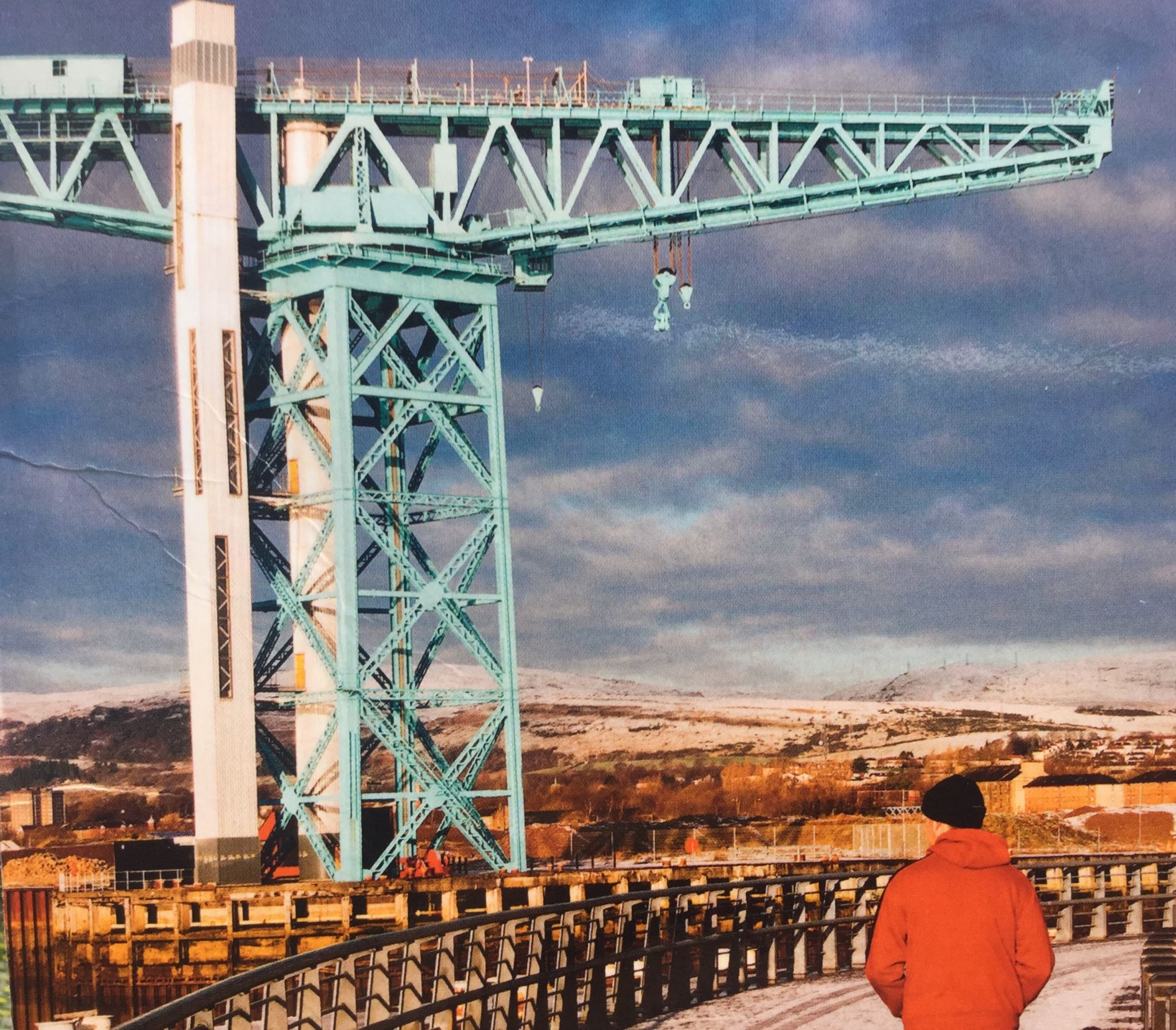 Love that in my lifetime I have  seen the great industrial cities of the UK at their most productive but dirty stage. Saw them collapse and suffer and am now seeing them rebuilding and seriously re greening themselves: Sheffield, Newcastle, Leeds, Manchester, Glasgow… And proud of it too. They are amazing places.

The long view, one of the Pleasures of Old Age?