Sun in Glasgow in February!  The Knees need exercise, to be taken out and bullied.  Curiosity is, as ever, dying for something new to explore and  new questions to ask.

The answer is the old faithful: the Ordnance Survey map of Glasgow. Search for a patch of green we have never been to.

Here it is! Ruchill Park. 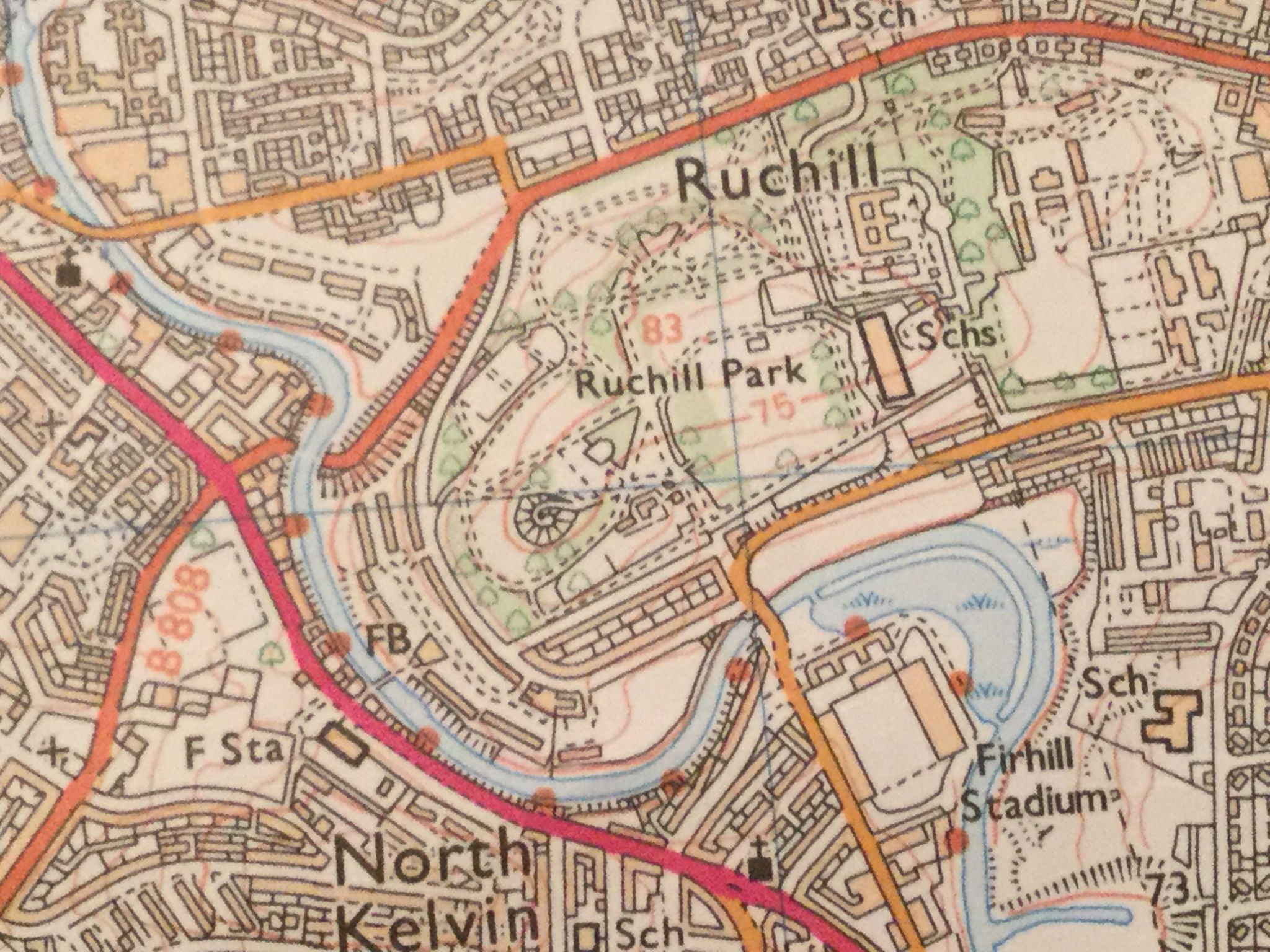 And Curiosity jumps with joy.

“What on earth is that funny snail like spiral? ” Go see!

That river is actually a canal, The Forth Clyde Canal. The Stadium is where Partick Thistle play….lovely name!  At that entrance found this sign: 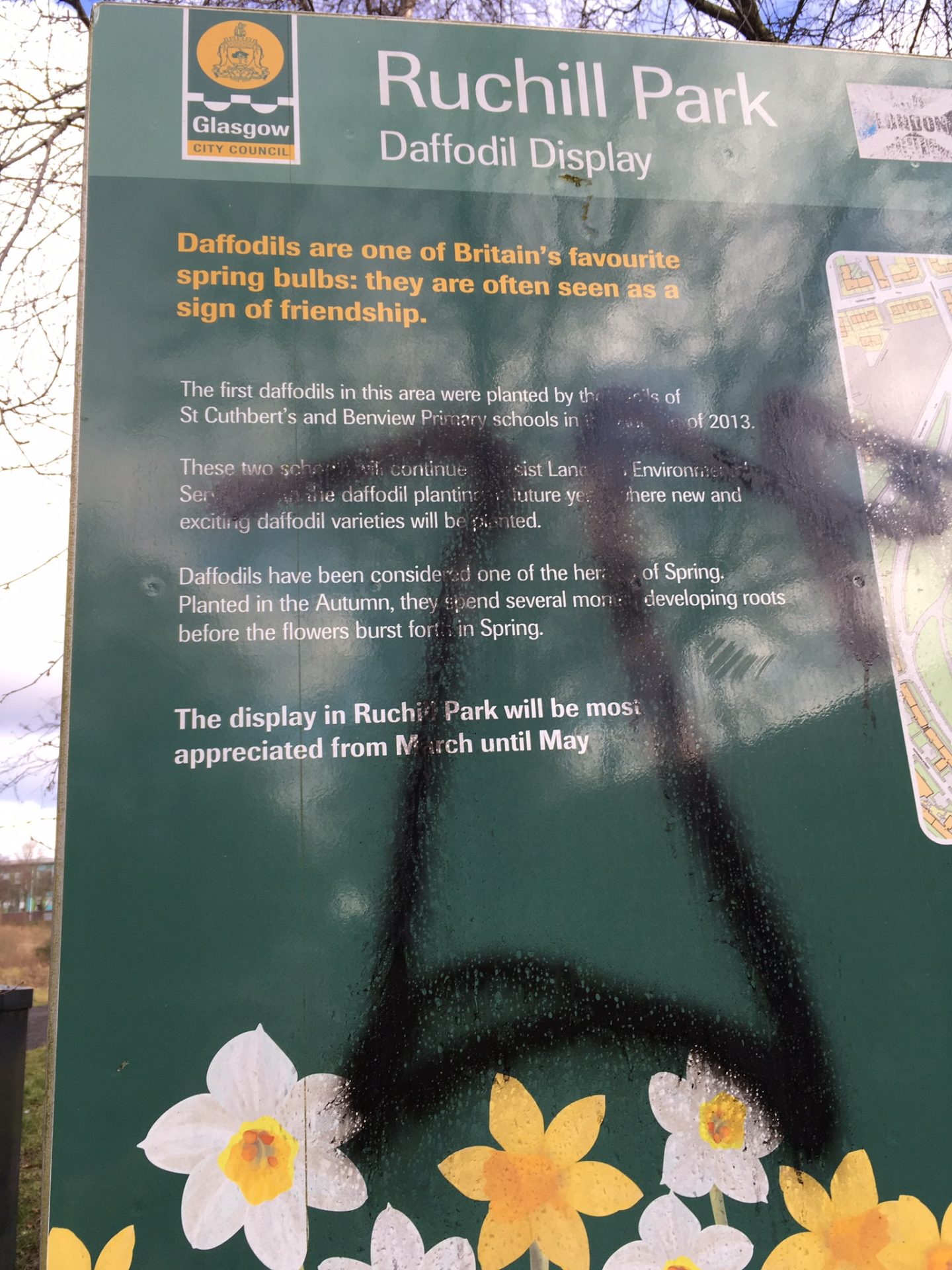 Sad about the graffiti, but a great idea.

In the meantime the daffodil area behind the notice (75 on the map) looks like this.. 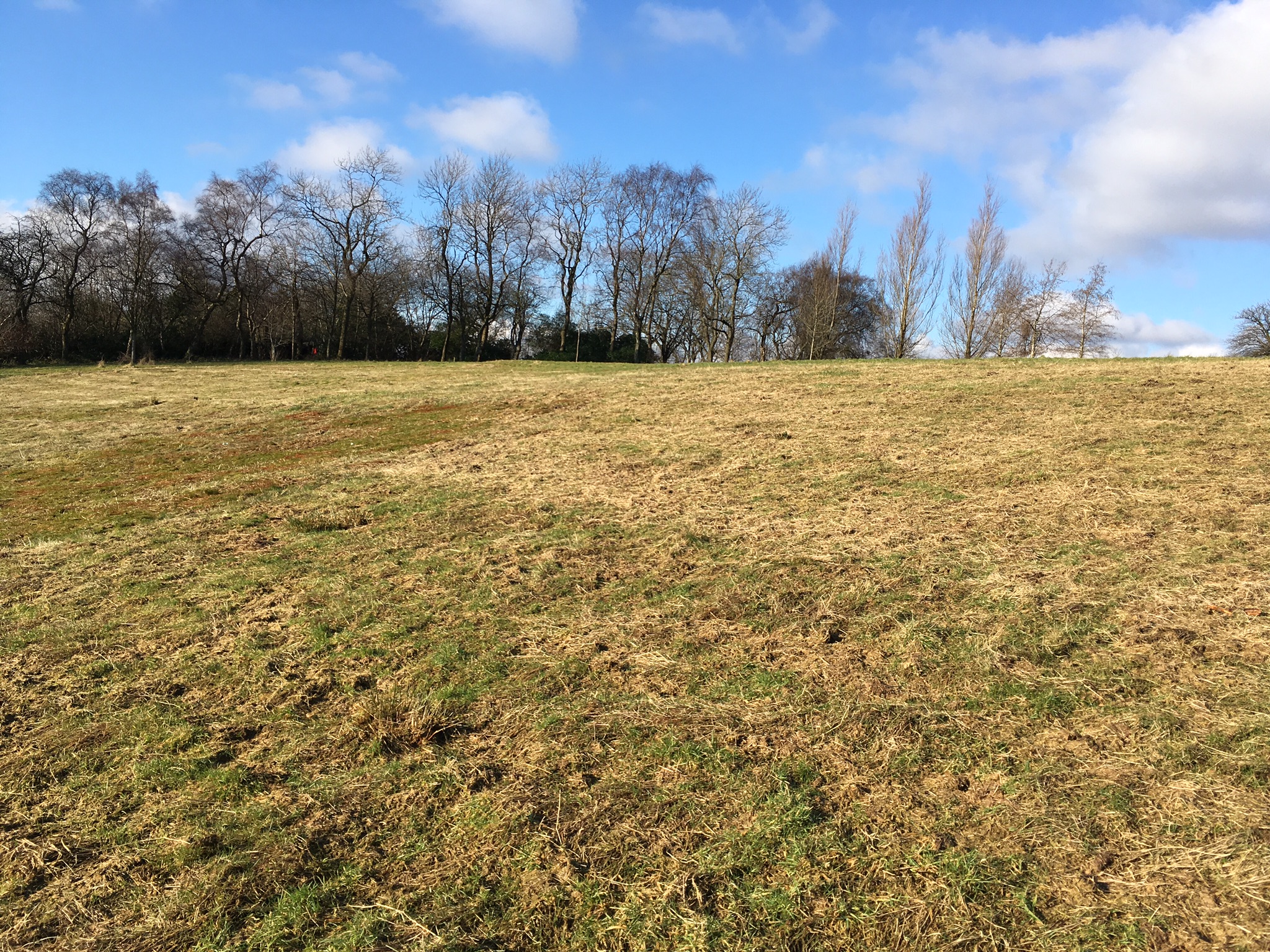 Pleasant walking with great open views. Will come back.

Now to find that weird spiral, over to the left somewhere……

Ah, an entrance.  Seems to be a wooded mound with a path curling up it. 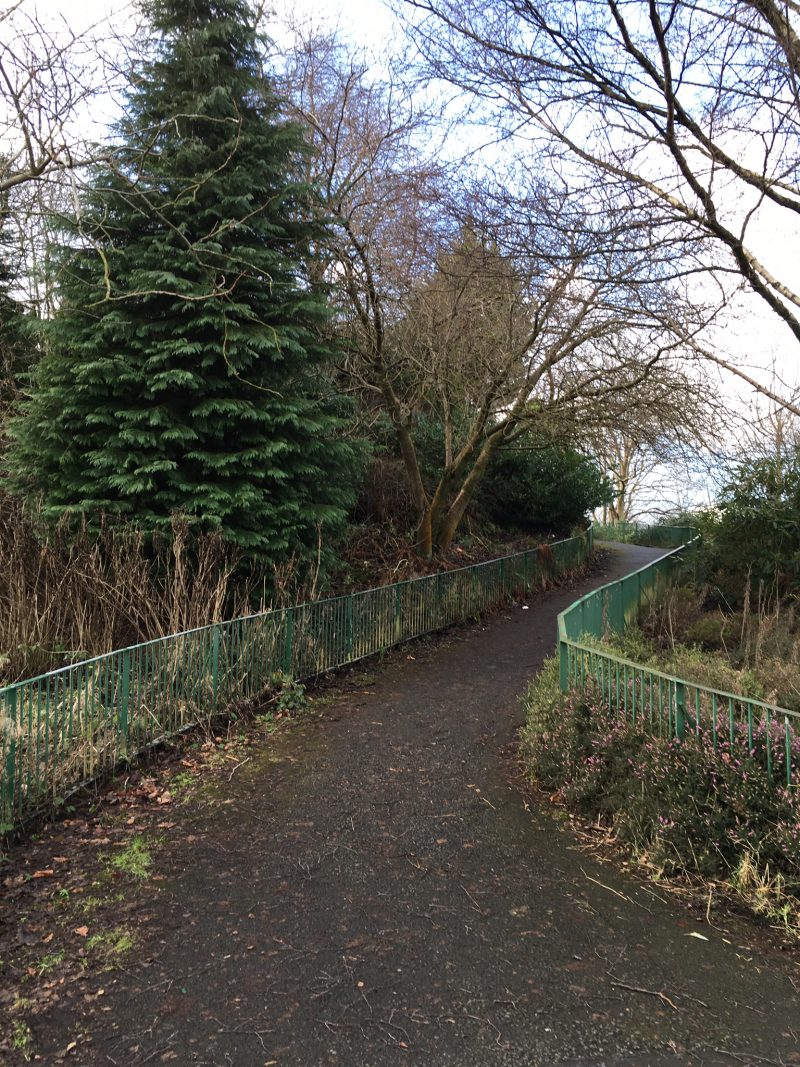 Had to Google it. Found this:

The Flagpole – one of Glasgow’s finest viewing points. From this vantage point you have splendid views of Glasgow, as well as a clear view of the Campsie hills to Gleniffer and Cathkins Braes.

“The park was acquired in 1892 for £35,000 and derives its name from the old house and estate of Ruchill.  The city fathers of the time created it to give the large working class population who resided in the tenement properties of the North/North West of Glasgow, which had no gardens, a green oasis for leisure and recreation.”

But wait a minute …”What is that in the distance?” 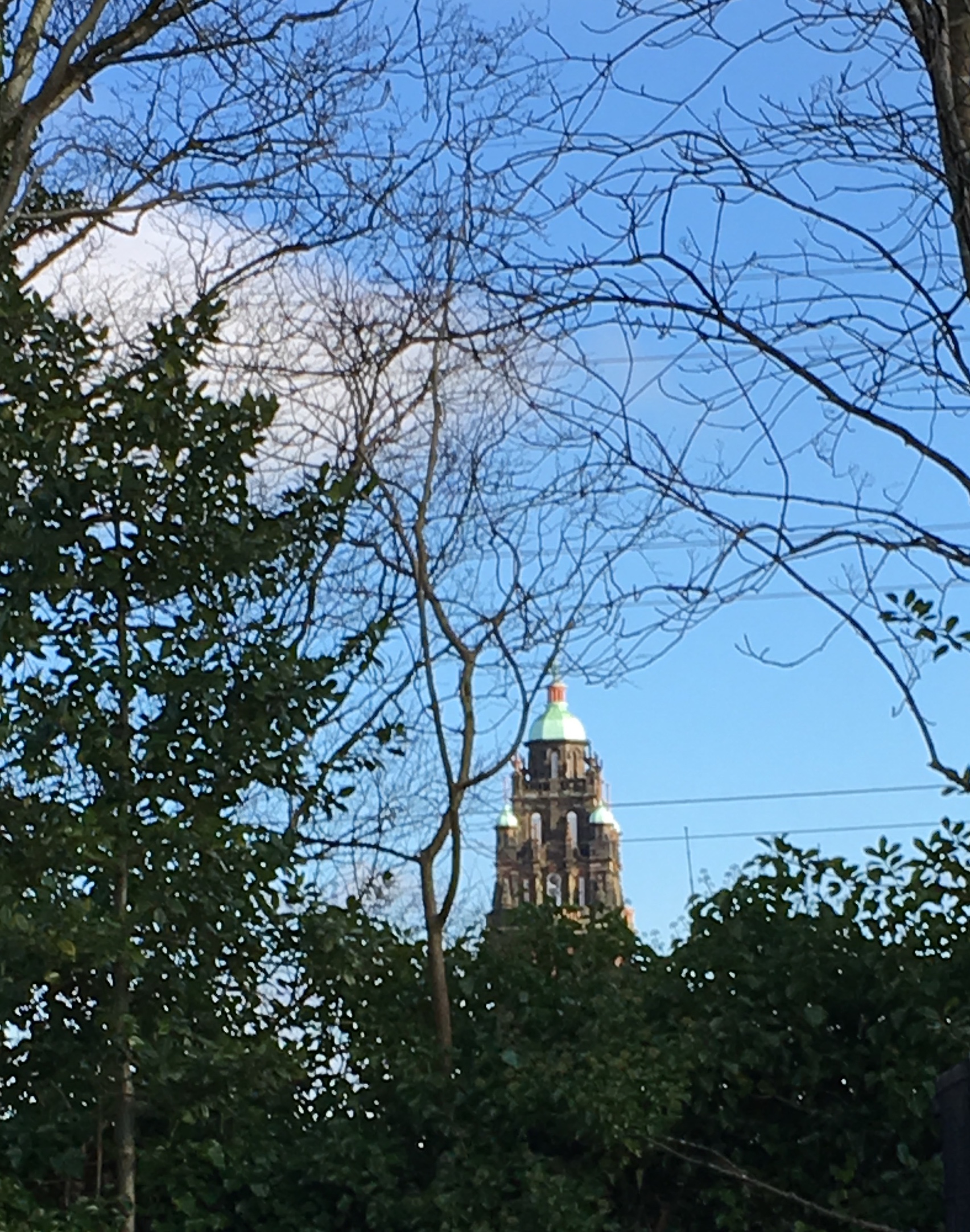 Curiosity had to find out!

It meant heading North and East out of the Park and along the road. There it was again…imprisoned. What was it? Not a church… 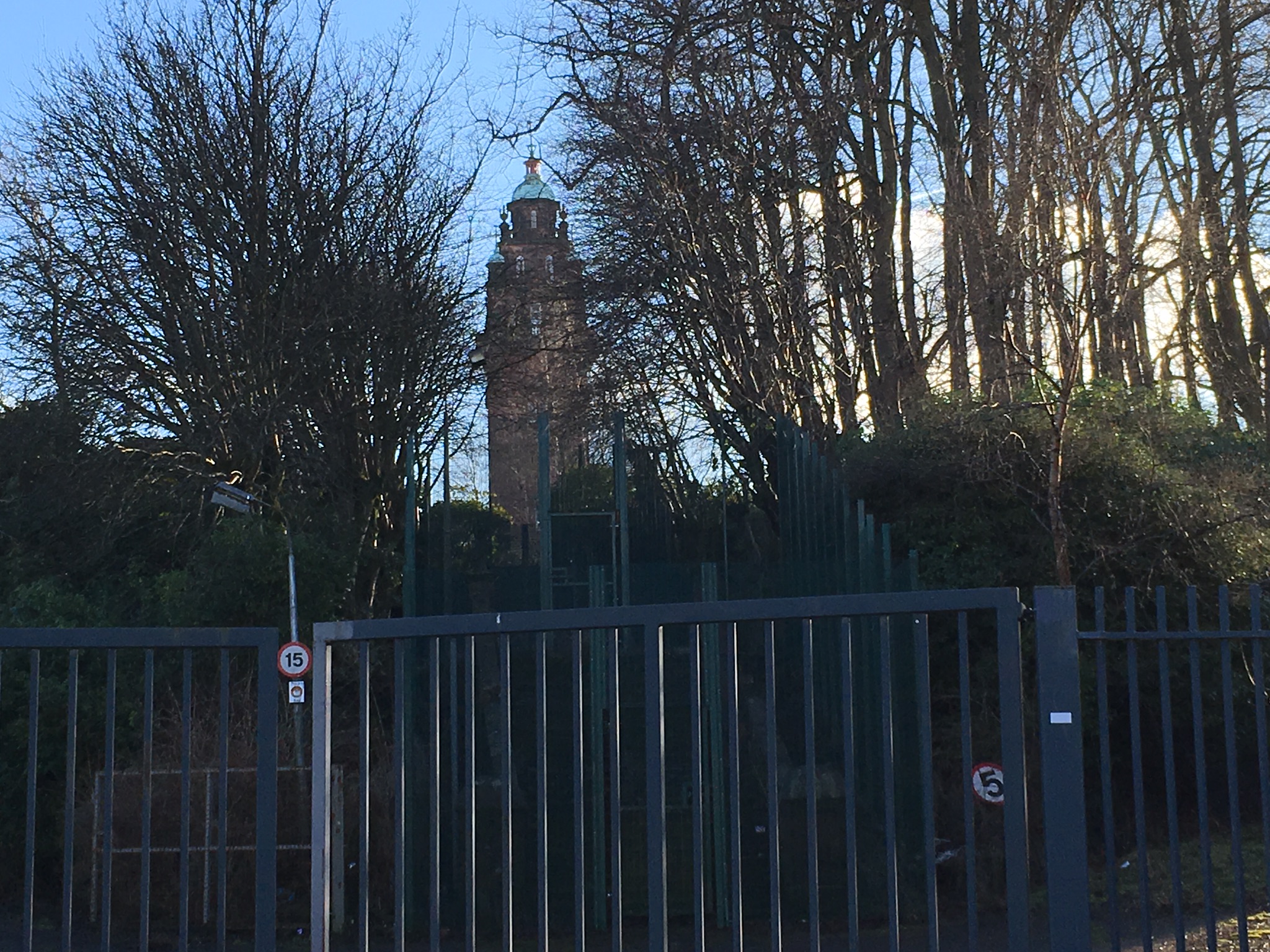 Though there were clues:  Some public institution built in 1895?  Google…

Yes!  Ruchill Hospital:  “Designed by the City Engineer, Alexander B. McDonald. McDonald was responsible for a number of civic projects in the city, the most notable being the People’s Palace. Work started on 16 April 1895. It cost £330,000 and was designed to deal specifically with infectious diseases, such as smallpox, diphtheria, scarlet fever, poliomyelitis and measles, which were widespread at the time.”

Doubt we think often enough what a lucky generation we are.  All those were the serious  scourges of MY  CHILDHOOD!

The Tower?   Found it eventually, all alone, behind bars , preserved. 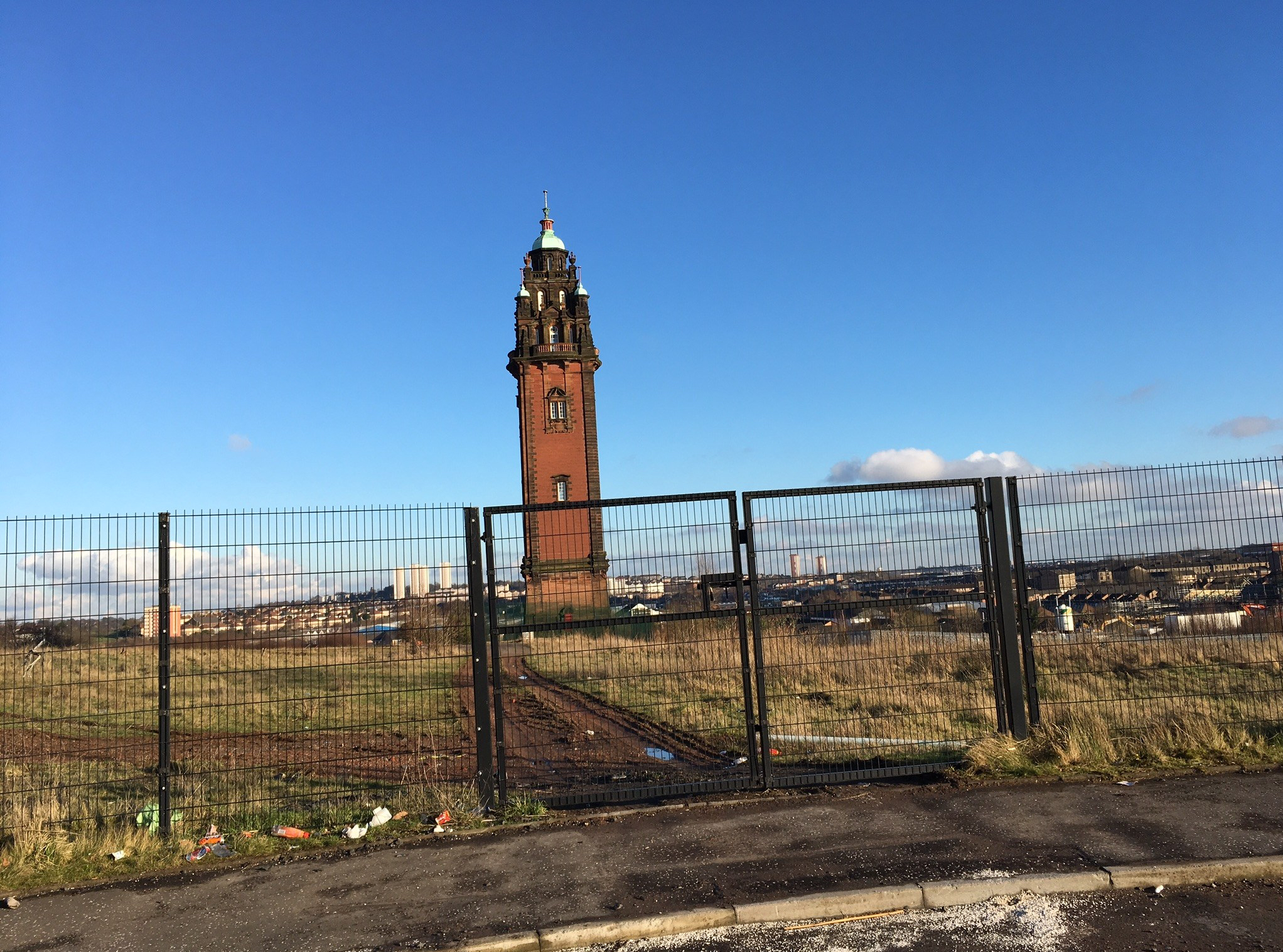 It turned out that this Charming romantic fairytale edifice was:

Perhaps it is retained as a memento of all those diseases we have conquered in my lifetime? Hope so.

Haven’t I/ we been lucky?

But  when will they let us visit?  It needs love and attention.

We should be celebrating!