Now is of course my 83rd year. No commiserations needed. I am not in any way ill, actually quite fit, nor am I depressed. Life is very good. The last 20 years have possibly been the best ever and looking forward to more.

I don’t wish my life to end, enjoy it too much. Yet at 82+ you know, quite starkly, that it could happen. Any day soon.  Not sure that I had ever thought about it before.

But all of us ancient people are living with a death sentence. Quite strange, absolutely normal and yet no one talks about it!

I decided to have a think and do a bit of talking, out loud. Friends around my age were challenged. And the first interesting finding was that almost no one minded the idea of life ending.

A surprising number said they were ready to go. They didn’t mean this week they added hastily, too much to do and a granddaughter’s wedding, coming up. etc. “They need me.” and “I can’t  bear to leave them” was of course part of every conversation.

But the inevitability and the acceptance was there.

And they didn’t fear it as an end of life with a possibility of purgatory and hell. For most, that sad worry happily appears to have disappeared. We seem to have acquired a healthier view of death.

Going to heaven only featured where those I asked were staunch believers. One agnostic was rather hoping that that she would be proved wrong and that an afterlife did exist. Not to be with a God, she assured me, but just so she could guarantee to find out what happened in the future —like Brexit, Poldark and how a difficult grandchild turns out. I have total sympathy with that one!

Most felt pleased with their lives, rather chuffed to have got to these later years after the various ups and downs which had seem impossible at the time: a sense of having coped. Achievements, failures, losses and successes seem to blur as you age. Though some remain sadly painful.

Nostalgia in its nicest form had clearly become one of life’s pleasures. We love our tales! It was good too to find that most people were happy with what they had done, didn’t feel there was too much left undone and were happily resigned to never doing some things. Overall there was a general sense of the rightness of the time to go and no great fear.

I suspect the Greek philosopher, Epicurus, would have been pleased with this fresh outlook. In 300 BC Greece people were afraid of the wrath of the gods: fear of death and your future in the underworld was a major concern. Placatory sacrifices were essential.

Epicurus sought to reassure them. He was one of the first people to talk and teach about atoms, a very new idea then. He said in effect:

“Why worry? Just think about it. We are made of a temporary cluster of atoms. Once we die we turn back into loose atoms. They don’t disappear. They go on forever and get recycled into say a flower, a cloud or butterfly. What is to fear about that?”

I like it. Love the thought that all the people who ever lived are still around us in reshaped forms.

Some years ago my 3 year old grandson and I were in our local churchyard and I showed him the big tree under which my Mother’s ashes were scattered and we talked about dying. “I expect she is part of the tree now” said I reassuringly.
Without a query, he looked up into the branches  “ Hello Great Grandma” he said, and waved….Children seem to have a simple understanding of the cycles of life.

That was not the only insight. In the past I was involved in an Industrial archeology project about the Sheffield cutlery industry. During it I met a smith hammering out iron nails. He gave me two.
“When you look at those “ he said “think about iron.” I know I looked puzzled. “ It is an element” he said,” part of the earth for thousands of years, dug up, heated, forged, reforged, reused, recycled. It could have been in an Iron Age pot, in a Roman sword, a ship’s anchor, and it is still here, useful as ever.” 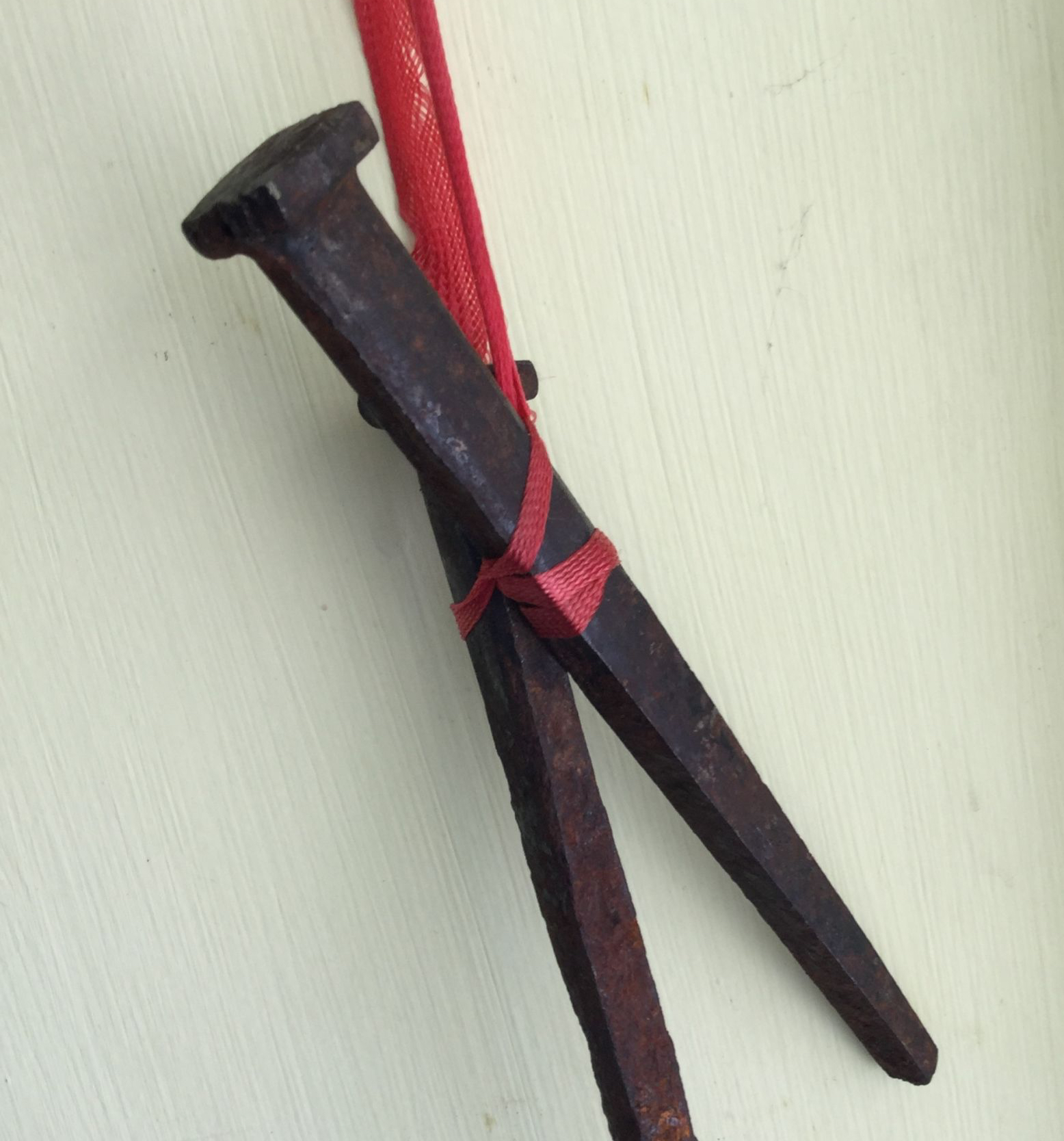 I keep the two nails hung up on a ribbon…their current use is to remind me of that basic truth.

When I have gone I expect someone will sell them as scrap and off they will go again….like me.

Everyone, unanimously, feared it.

The process was unknown, out of their control, not as they would wish and decidedly scary.

It doesnt have to be like that does it?

Time we as a society removed this fear?