A Culture Shock happens when you are exposed to a different world, one in which your understanding of how things are is seriously jolted.  Sometimes, meeting with a very different culture gives you a shock to the point where you need a rethink.

I like that experience. Suspect it does me good. Some of the situations which have challenged me have been through travel.

My first one was watching goats being sacrificed to Kali at a temple in Nepal. Families dressed in their best, climbing the steps bringing the goat, floral offerings and a family problem for which they hoped to get help from Kali. Sacrifice over, blood smeared all over the goddess, and the goat was taken off for a barbecue. 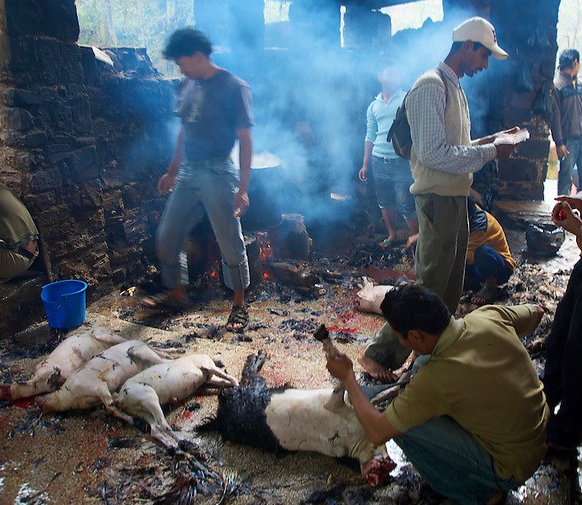 I wasn’t sure if the priest gave them the answer they were looking for or if they found it in discussion over the feast. But the families going back down the steps were all smiling. Probably not the solution UK Social workers would recommend.

Another one was when trekking in northern Pakistan, high up the Indus Valley, a place where you would think women didn’t exist. All you see are occasional groups, bundles, wrapped in pale blue with mesh where a face might be. They are usually parked under a tree patiently waiting whilst their lord and master does the shopping.

It was difficult for the Pakistani men when faced with my friend and I, two elderly widows. Although we always wore long trousers, shirts with sleeves and a hat, they were not sure how to relate to us. The simplest approach seemed to be to regard us as honorary men, then they could chat freely.

On one mountain track in the Swat valley we were overtaken by a schoolmaster whose English was excellent and whose curiosity was bubbling over. After introductions his first question had to be “Where are your husbands?” Assured that they were both dead he needed to know more.
“So do you live with your Father? ” He clearly hadn’t the courage to ask the other half ” If so why had they let us out alone….?” My friend explained that her father was dead. “You have sons then ? “. She admitted to three and I to one. ” Oh” he said, clearly relieved “You live with them.”

Our laughter must have been disconcerting.
“No” we said apologetically. “We each have our own house.”
This produced a shocked look. “But why? Don’t your families want you?” You could feel the sympathy with our sad situation. It took a little while to explain that we were independent professional women. But it clearly still worried him. ” I have heard” he said “that in England you don’t look after your parents, you put them into a home.” He raised an eyebrow” Is that true? ” I suspect he thought we were making the best of what really was a neglectful family situation. But he did manage to embarrass us. What was the answer to that? We walked on, chatting about food and spices.

Down in the village we met his nephew. He was genuinely sad. His grandfather had died and as eldest son it was his duty to come home and carry on the family feud…apparently generations long, which he could not get out of. He had a just finished his PhD in Manchester.

But family honour came first. His job now was cooking bread cakes by sticking them on the inside walls of a large clay oven. 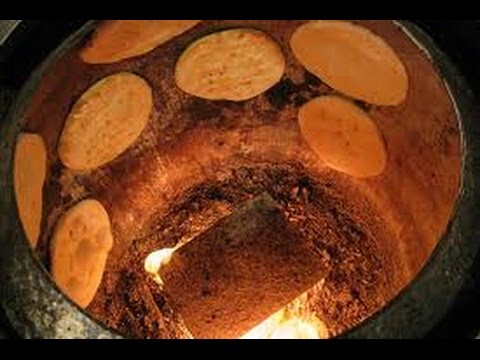 We were given them with a dripping dollop of local honey..mmmm.

Lovely, but hard to forget that sad face.

Next day in another village we found a delightful river with rapids. Boys were jumping in and their baggy pants filled with air allowing them to bounce from wave to wave down the stream. Marvellous fun and no one stopping them.

One boy about 10 years old spoke some English. We asked him which was his house and if it was possible to meet his mother. Permission was given by the current head of the household, his 14 year old brother! And in we went. A crude stone walled village compound house, at least from the outside. Inside was a shock. Huge TV set, huge freezer and an equally huge Mamma nursing a baby. We introduced ourselves and she introduced the baby. ” Him Saddam !” she said with a knowing glint. Sundry daughters or daughters in law scurried to bring us tea. There was absolutely no doubt who was in charge here. Her husband and older sons, she told us, had all been sent to Saudi to earn money, and it was quite clear who had organised that! And who would be in charge of the money they sent back.

We began to feel sorry for the men…..

Not agreeing, not disagreeing……just seeing things from another angle.