Blue sky in Glasgow, time to take the Knees for their walk. The sun meant it must be a walk by water…gives you a double  dose of sun and the chance of  strange  reflections. The 81 yr old Knees were happy so long as it was flat. Curiosity of course said we had to go somewhere new.

The whole point of these walks is to explore..just to see what is there. The Forth and Clyde Canal suggested itself.  And Curiosity decided we should find the spot where the Canal enters the River Clyde itself.

So we did and here it is, at the little hamlet of Bowling west of Glasgow. 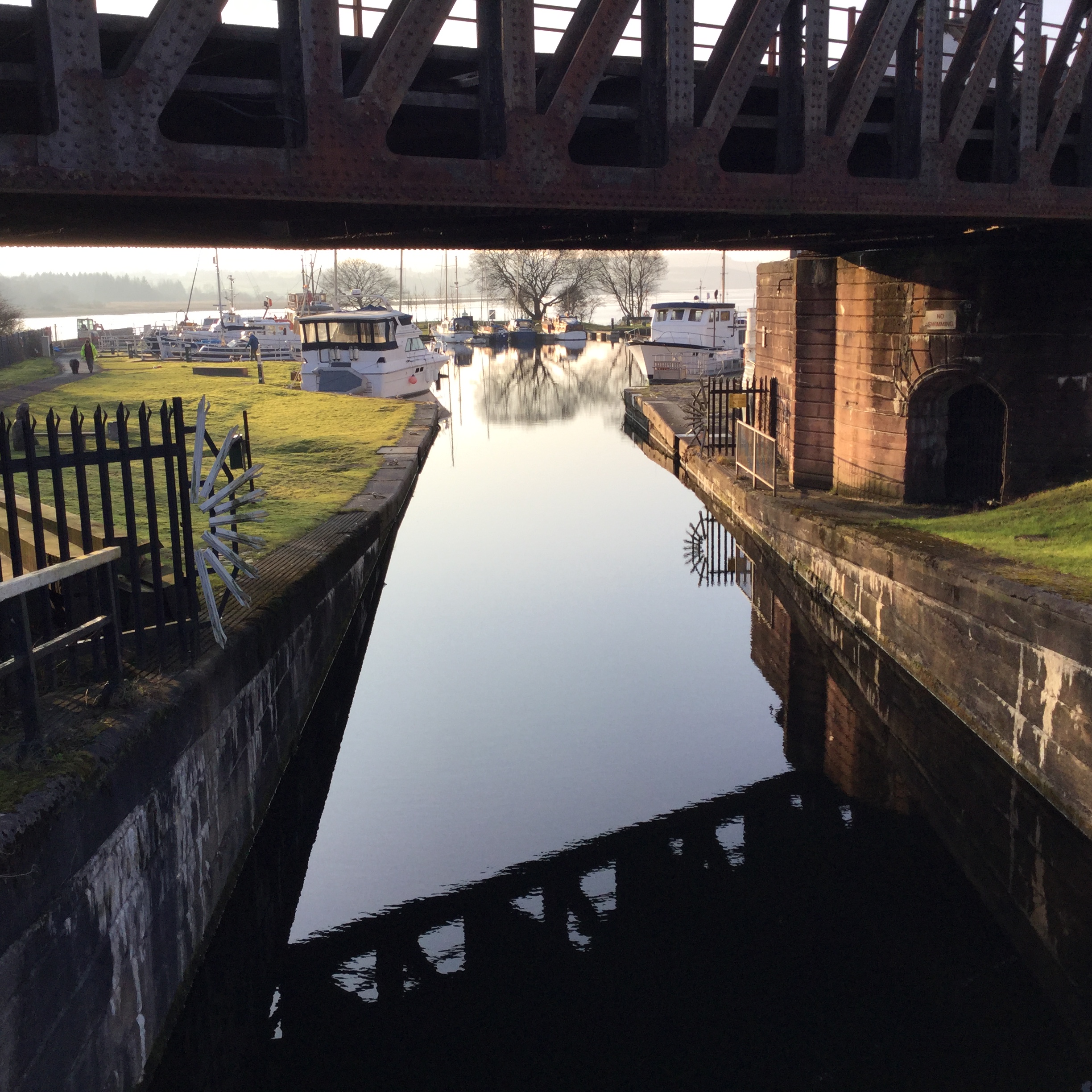 And there were the reflections. Lovely. But look at that  railway bridge!  It and its viaduct arches loom over the Canal Basin. Curiosity dragged us to a notice board which  told us why. The Railway has the right to be dominant!  In the end it won.

The canal was built in 1790 to provide a 35 mile seagoing route between the Irish Sea and the North Sea through the narrowest part of Scotland. Appart from heavy goods, it was used too by the Herring Fleets. But eventually boats became too large, railways took over and the Canal became derelict.

To our delight, we found the canal is now a beautifully restored leisure facility. And even better, it was exciting to see that the Bowling Canal Basin is fighting back. The old arches of the railway have been taken over and are being refurbished. 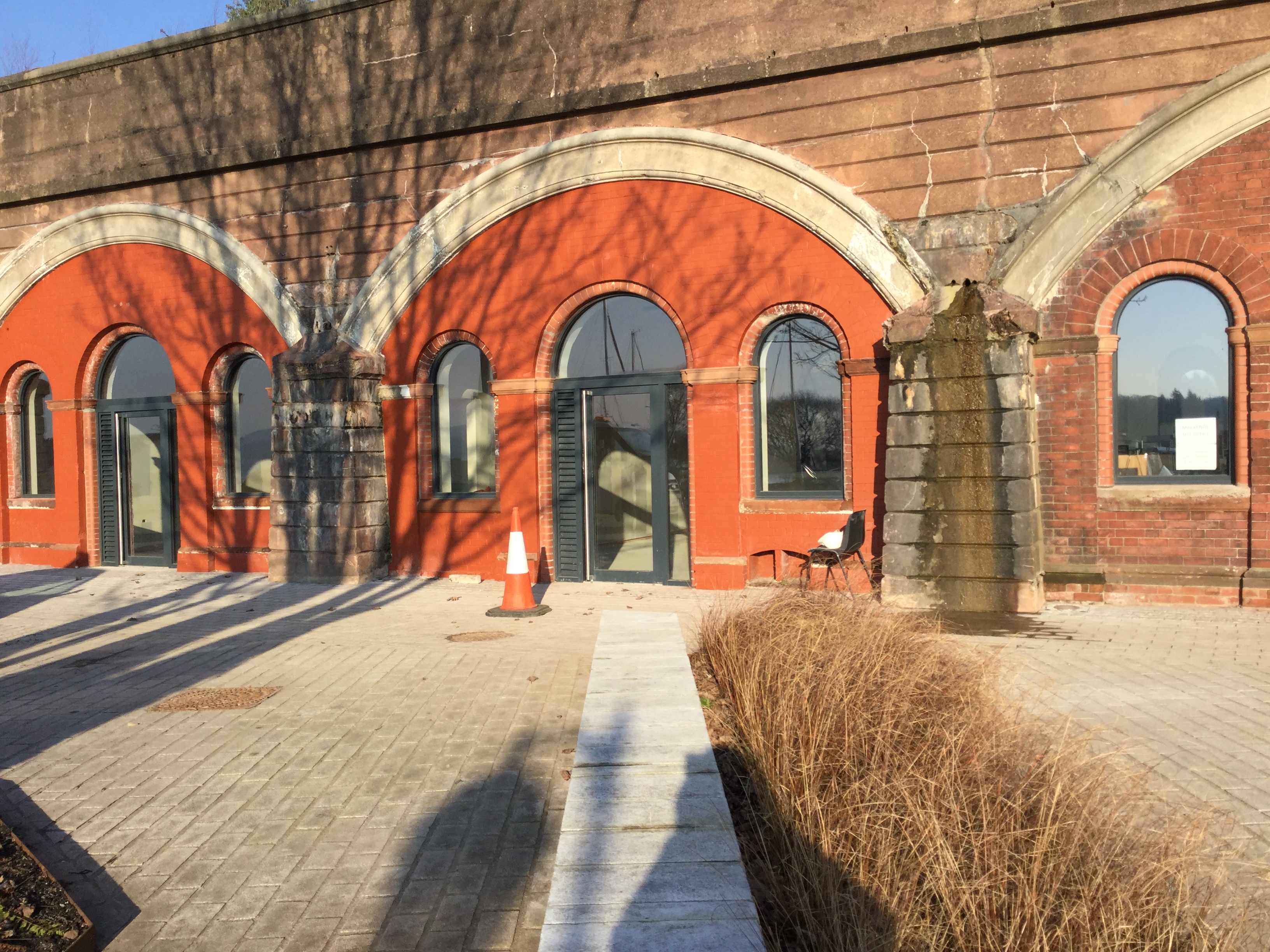 Some of them are already in use, shops, a cafe and a cycle emporium..The latter is perfect, because the old canal towpath is a great cycle route and what more picturesque stop could be better than this charming marina? It is going to be a stunning place to visit. Boats,water, elegant landscaping,walks and views. 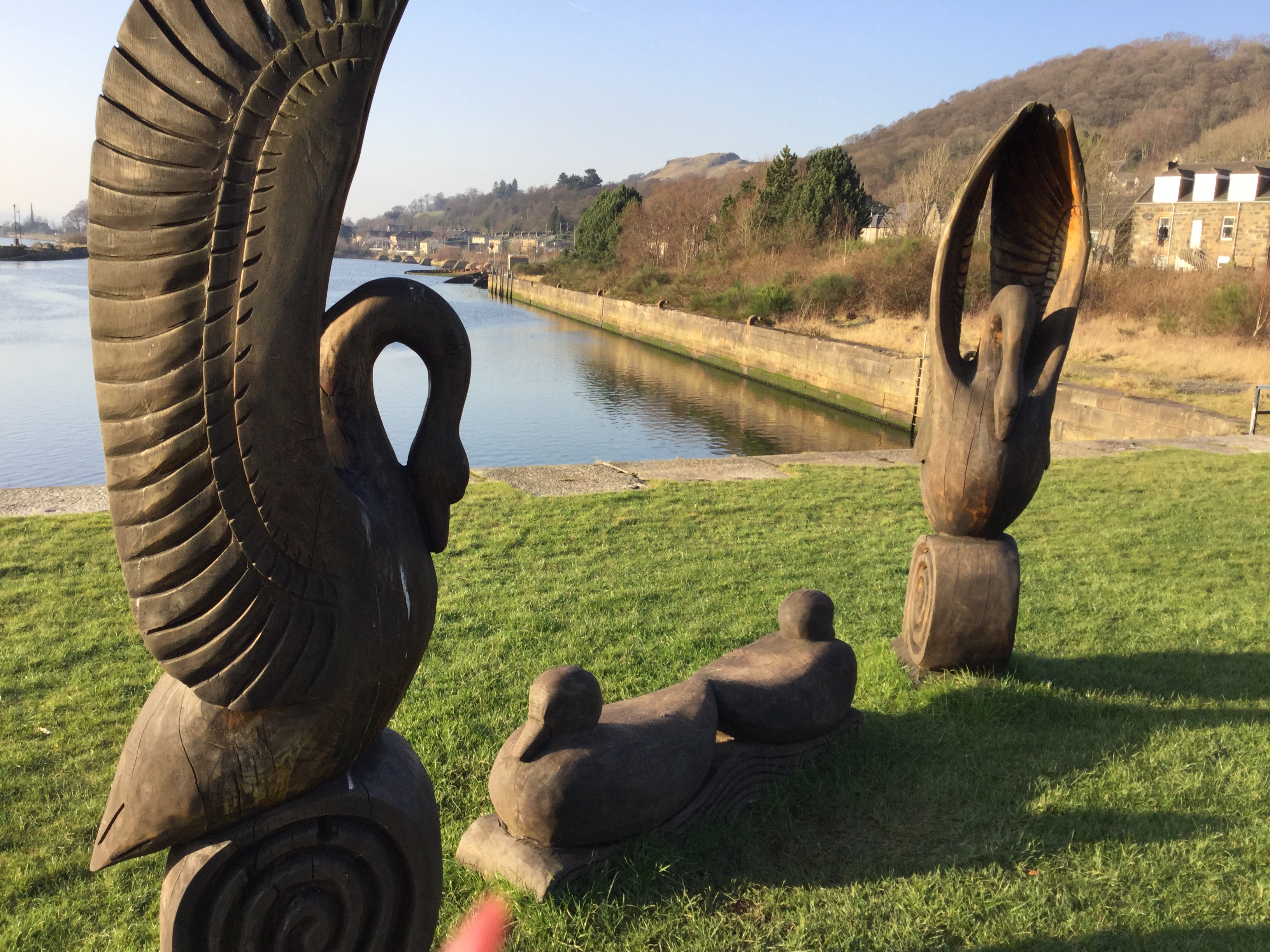 We wandered along towards the old dock you can see in the distance..

Then it became delightfully eerie….sad skeletons of old boats like a pod of  beached whales. 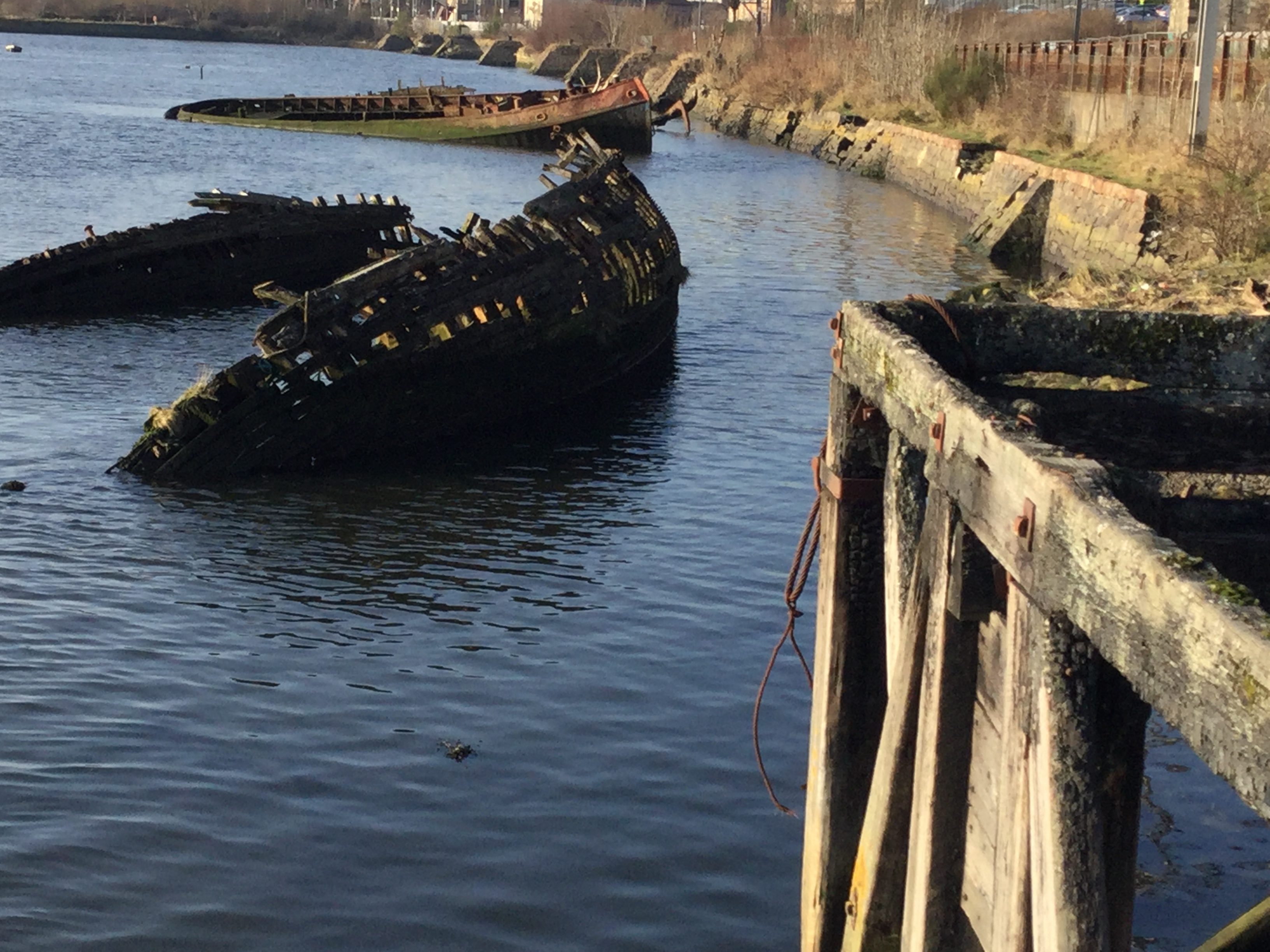 And this strange creature emerging from the river onto the wharf. I think it wanted to be stroked. 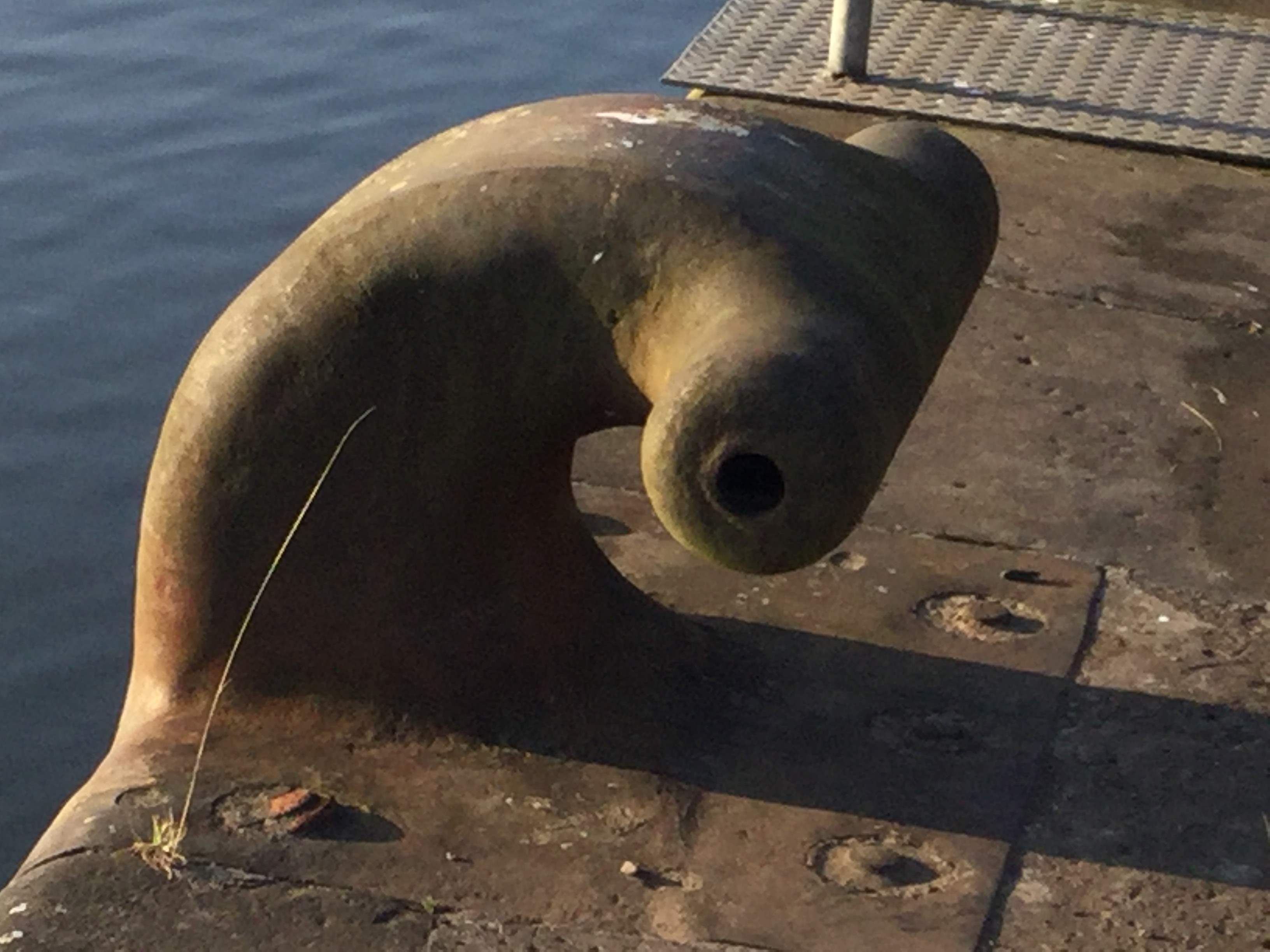 The Basin, the lock and  boats were beautiful in the sun. Arent they always? 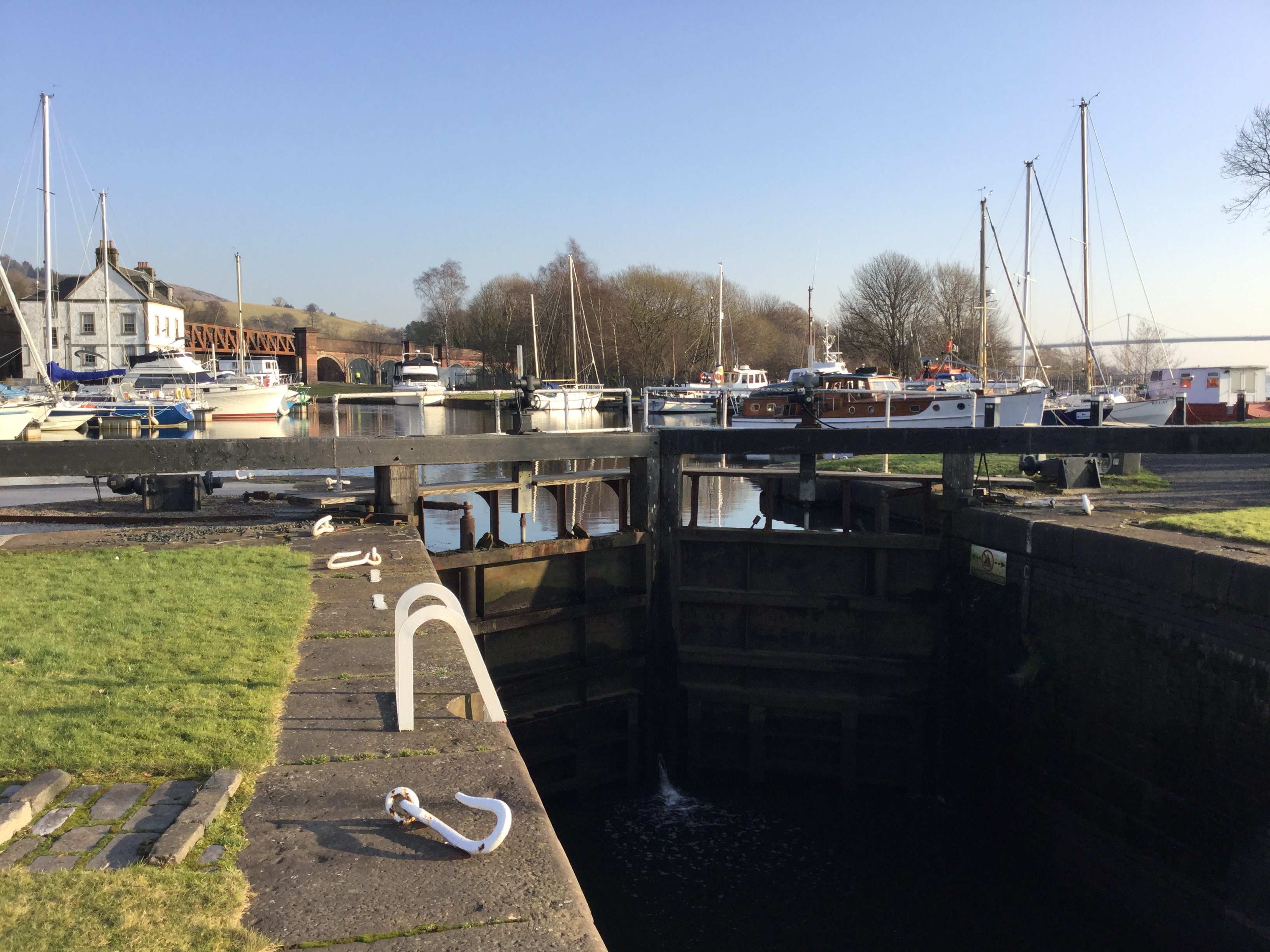 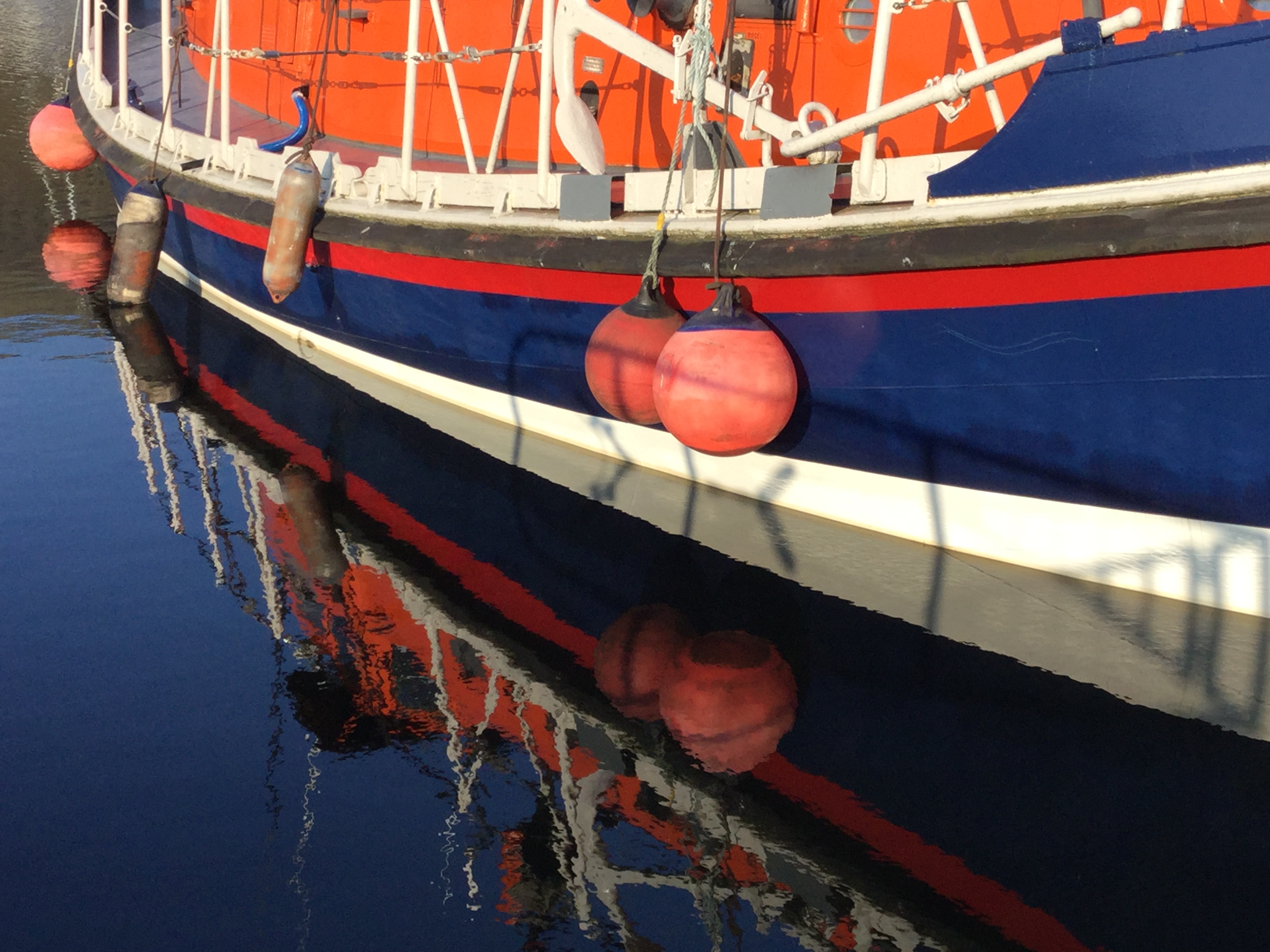 And look at this gorgeous craft. Perfect for a jigsaw puzzle? It is an old Longhope LifeBoat from Orkney. Its owner told me he is planning to live on it!

The Knees were feeling very happy too, so off we went to explore  the river bank. 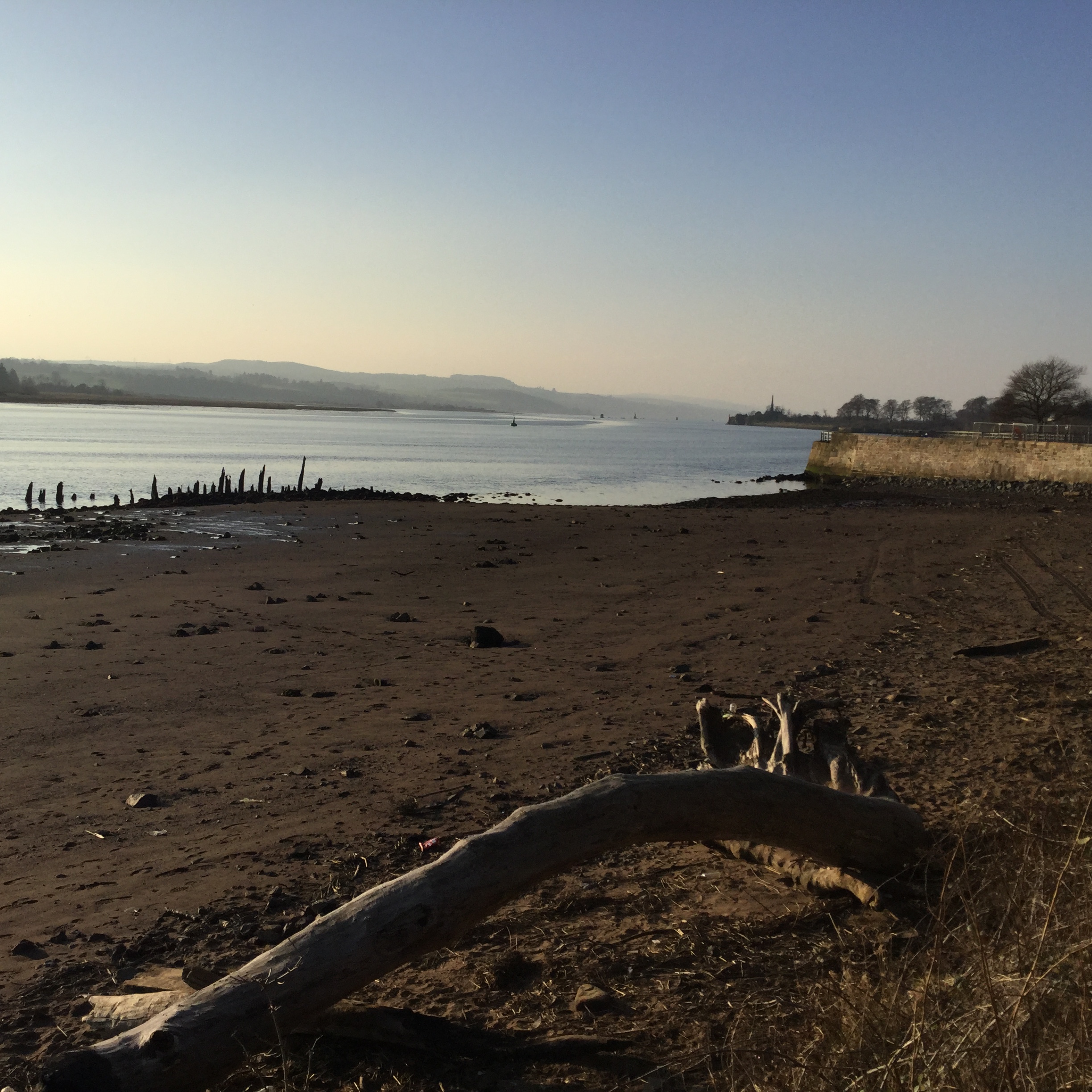 Can you see a small spire on the distant promontory? Curiosity insisted that we find out what that was. It turned out to be an Obelisk erected to the Engineer Henry Bell who designed the paddle-steamer, The Comet. Very early! It provided the first steamship service on the Clyde.

There were woods behind us and a prowl through revealed more weirdness. 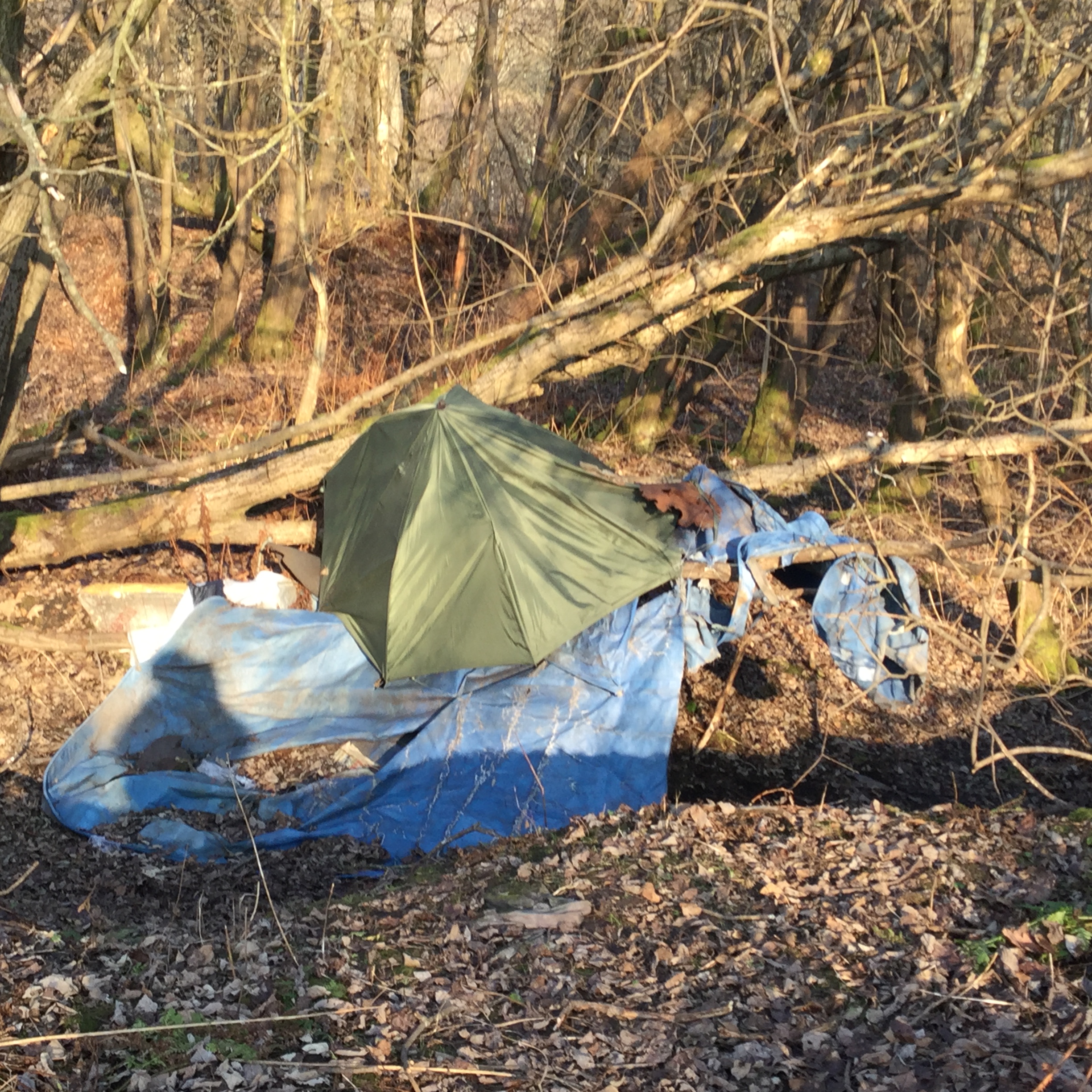 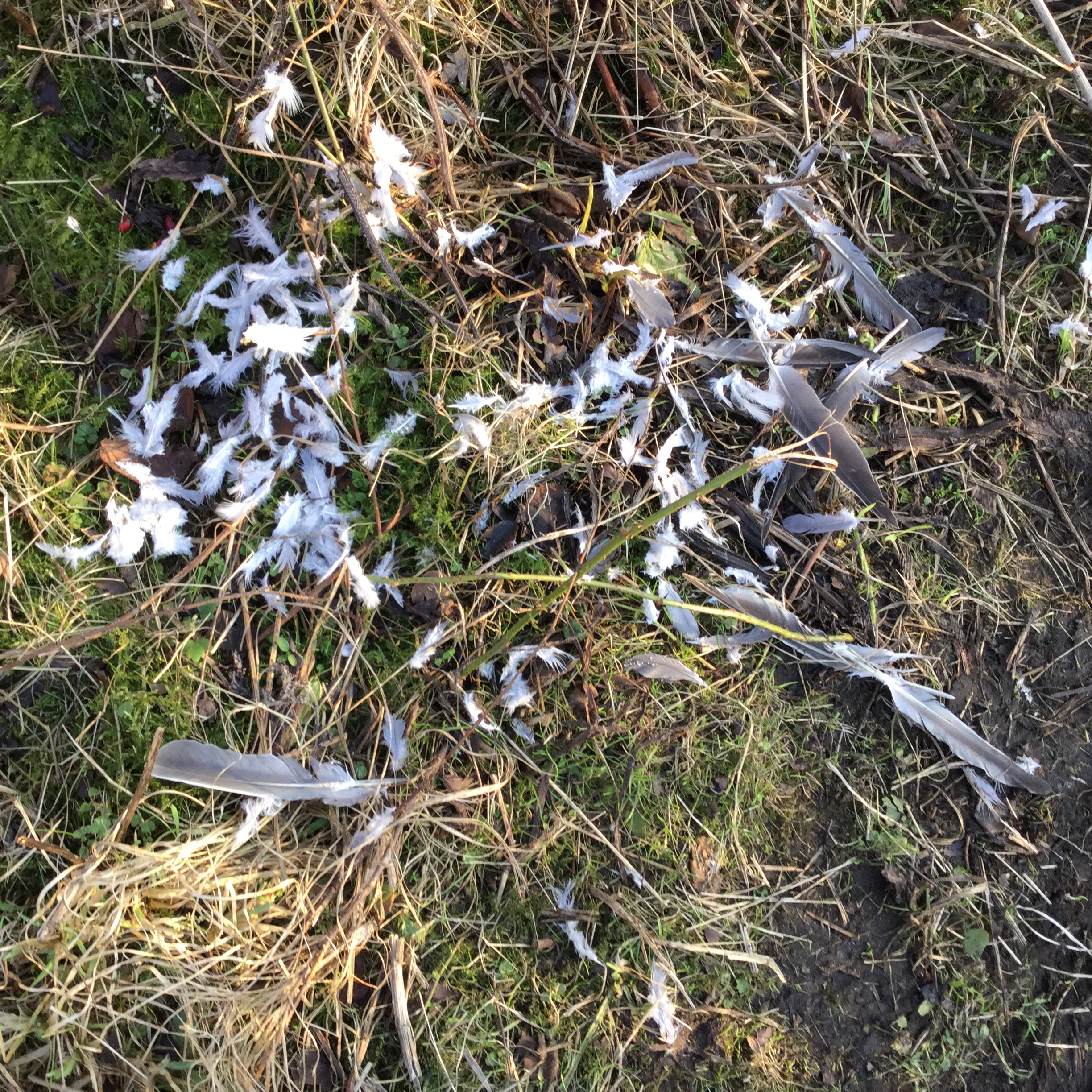 Yes there were! They had a fire and more  shelters  like this. And out of the sun it was freezing!

Then a final magic find!   This! 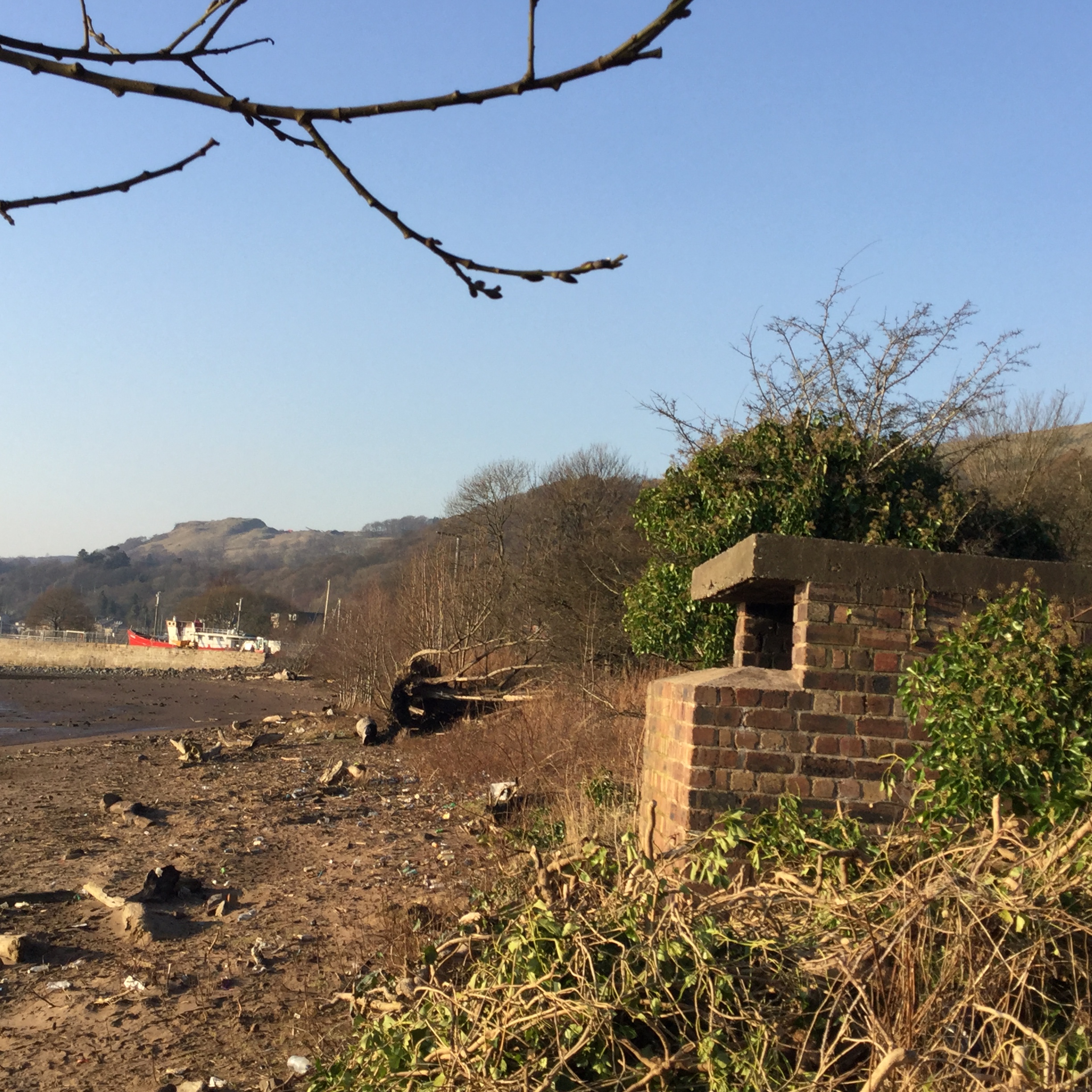 Of course, at my age I was sure  what it was..Didnt we played in them as kids?

A Second World War Observation and gun post!. What a  magical find! Took me back years!

Being able to go these walks in my 82 year is a true gift. Always something to find.

The Knees may not always be happy, but Curiosity is as young as ever!